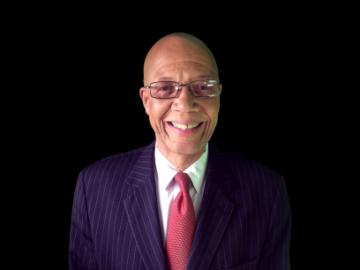 The varying responses to the Black Lives Matter movement have been instructive and illustrative of what is still wrong in these United States. At various times the BLM movement has been described as “racist” (Rudy Giuliani), “silly” (NYPD Commissioner William Bratton) and that it “promotes cop killing” (Katie Pavitch).

What is instructive is that throughout American history, when black Americans claim the same rights and humanity as white Americans, black Americans have been called “racist” (Malcolm X), “radical” (Martin Luther King, Jr.) or simply “troublemakers” (Marcus Garvey). Consider this quote by James Baldwin:

The salient and key point about the BLM movement is that its overarching message is that black lives should matter, ought to matter and too often do not matter in this country. The available data show that this is not simply a matter of rhetoric. Black unemployment rates, infant mortality statistics, incarceration levels and life expectancy statistics reflect undeniable disparities when compared to the national white community.

If white unemployment rates were at the level of the black community a national crisis would be declared. If young white men were going to prison at the rates of young black man massive resources would be committed to “saving the youth of America”. And we have clear evidence of how the drug problem in the black community should have been treated for decades because now that opioids have become a national (white) epidemic we hear demands that the victims (addicts) should not be treated as criminals and that drug abuse is a disease and should not be treated as a crime. The irony is apparent except to those who refuse to see.

Perhaps a marketing firm could have suggested to the first BLM organizers that “Black Lives Matter Too” would have made it clear to all that the movement is not racist or separatist or some kind of threat to the American Way of Life. But upon further thought, there is no doubt that there are still too many Americans for whom the thought that black lives matter as much as white lives is offensive.

And so we now see the (over)reaction to this sense of offense with the proposal (New York) and passage (Louisiana) of “Blue Lives Matter” legislation. These Blue Lives laws are legislatively wrong and the motivation behind them is immoral, insensitive and racist.

Consider that the federal law and the law in virtually every state and municipality in this country imposes more serious penalties when the victim of a murder or an assault is a law enforcement official. There has been little to no challenge of these laws as most reasonable people understand that an assault on a police officer is an assault on society and that such actions endanger everyone.

But the stench immorality, racism and insensitivity attached to these legislative proposals is impossible to ignore. The Baton Rouge police shot and killed Alton Sterling at point blank range when it was clear that he did not have any kind of a weapon in his hand.

And though his memorial service had not been concluded, the legislators and governor of Louisiana thought that it was important to emphasize the importance of “blue lives” while simply letting the mourning of another black life to go on without notice, recognition or governmental action (except for another “investigation” that may or may not result in justice for Alton Sperling.

If the supporters of the Blue Lives Matter legislation wanted to be clear that, in their universe black lives do not matter, they have accomplished that by proposing these superfluous, unnecessary and offensive laws.

Professor Wallace Ford is Chairman of the Department of Public Administration at Medgar Evers College and the author of the Point of View weekly contemporary commentary blog – www.wallaceford.wordpress.com