Who Taught You Cancel Culture?
Advertisement 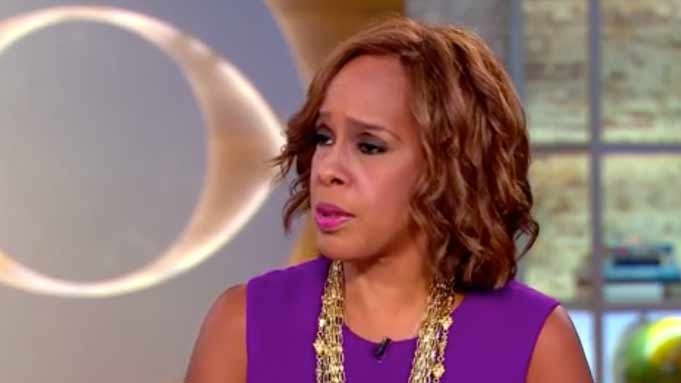 I usually get on social media around 9am every morning, after waking up, working out and taking a shower. This past Thursday morning, I logged onto Facebook at 9am and my timeline was already filled with memes and insults being hurled towards Gayle King. Some people were defending her, others were attacking her, but virtually everything on my timeline was about her. I didn’t have a clue as to what folk were talking about.

I searched the mayhem until I found a link. It was a link to an interview that Gayle King did with WNBA legend Lisa Leslie. In the interview, Gayle asked Leslie if she felt that Kobe Bryant’s legacy was complicated due to the sexual assault charges filed against him in 2003. Leslie responded that in her opinion, it isn’t complicated at all because she didn’t know Kobe to be predatory in any way, to which Gayle retorted that Leslie wouldn’t have known because of their friendship. Gayle then went on to ask if it is even a fair question to talk about, seeing as since he is no longer here with us. Leslie answered that she thought the media should be more respectful.

I watched the interview a few times before passing judgment on it. I wanted to be sure that I didn’t miss anything, wanted to know with certainty that I could account for every shot fired. What I feel about the interview is that Gayle’s line of questioning was insensitive to the legacy of Kobe Bryant. I’ll offer the following reasons. First, Kobe hasn’t yet been memorialized publicly. His death was shocking and tragic and there are still many that are mourning him and Gigi, his daughter. Second, Leslie isn’t the person to have that conversation with. She is a friend of Kobe, not someone with extensive knowledge of the case.

Her longstanding friendship with Kobe obviously makes her biased to this aspect of his life, and so the question should’ve never been posed to her. Finally, the question fell out of context with the true nature of the interview, which was to celebrate Kobe by offering Leslie a chance to share in her memories.
That being said, the reactions to this interview posted across social media were so nasty and aggressive. I saw a meme calling Gayle and Oprah mammies, another called them bed wenches and others called them far worse. There were blogs and status updates screaming to cancel Gayle. People made videos venting about their opinions of the interview. By far, the worst of the videos was one made by rapper Snoop Dogg, where he referred to Gayle King as a “funky dog-faced bitch.”

Where did all of this vitriol come from? While Gayle was certainly guilty of being insensitive, what was it that was driving people to curse her and to be so disrespectful?

Cancel culture is the act of basically boycotting a person’s career or influence because of an action or evidence of problematic behavior. It is a thing born directly out of the interactions that people have through social media, the connection between celebrity access, media influences and groupthink. Essentially, you are cancelled if the larger public deems you cancelled, and that public opinion is generated and sent out through social media. It is a corrupt form of protest, the most corrupt form that exists, because most of the time there is never any fair communication between the accusers and the accused. It’s worse than calling a person out for something they may have done wrong. It is the utilization of social media to stifle a person’s livelihood because the larger public might disagree with something the person has said or done. At its root, it is an attack on free thought.

While it may be in bad taste, being insensitive is no crime. The insensitive nature of Gayle’s questioning in that interview doesn’t necessarily make her a bad person. It certainly doesn’t make her a mammie or a bed wench, or the ridiculous thing that Snoop called her. Furthermore, the way to get Gayle to understand that her line of questioning was insensitive is not to get on social media and disrespect her or curse her. How does that solve anything? The only thing that such an action does is to reinforce and empower this ideal within social media platforms that we, the people, have a right to be mean to one another if we don’t like something another person does or says. And if we allow this mean-spirited ideal to exist, we will all, at some point, suffer the results. Maybe Gayle gets cancelled today, but maybe you get cancelled tomorrow.

A Father and His Daughter