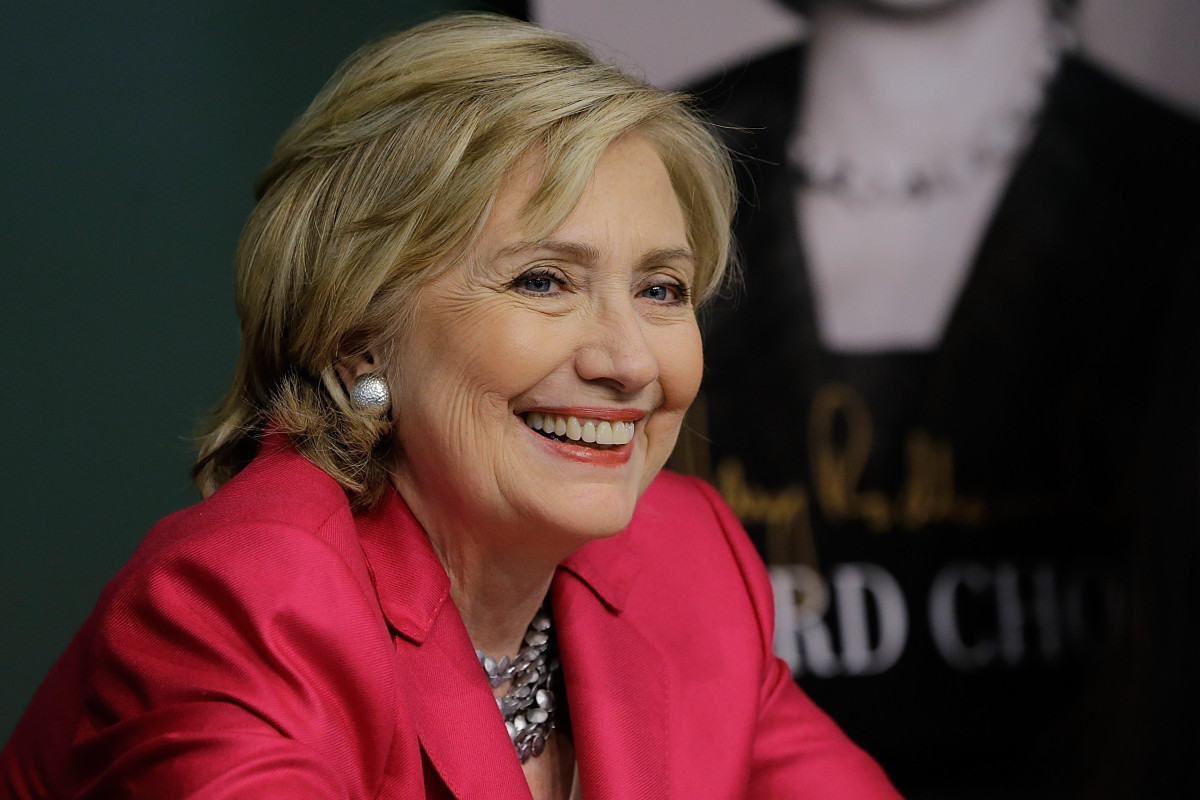 In metaphysics, it is speculated that you get what you deserve.  What then is America’s karma that in 2016 our presidential hopeful choices are Madame Secretary Hillary Clinton and xenophobic, racist, reality show host Donald, an alleged billionaire!   How and when did Americans lose our way as decent people who are critical thinkers?  You look at the list of people who Trump has enlisted as advisers, Governor Chris Christie, former NYC Mayor Rudy Giuliani, who will provide counsel on Muslims, and Dr. Ben Carson, who specializes in maligning Blacks publicly.  No, we must avoid the dystopian Trump world that he foresees when America can be great again.   Every day, one reads and hears political pundits who are honest

to say that they do not understand Trump’s America and what is going on in the heads of the Trump support network.  The pundits disappoint.  Trump should be the greatest motivation for nonwhite Americans to turn out in record numbers, exceeding the Obama 2008 and 2012 number in November to ensure that Hillary Clinton is the next White House occupant.

Bryce Covert’s  5/16 NY Times opinion piece, WHEN WAS AMERICA GREAT, AGAIN?  is required reading.   Covert allows that the Trump message about returning to America’s former glory is coded to white males.  Covert identifies the good ole days of  the federal programs from the  New Deal, Social Security, 1935;  Unemployment Insurance to the Fair Labor Standards Act, 1938, to Unionization and the GI Bill, whose chief beneficiaries were white men.  Original programs were modified to ensure that Jim Crow structures would remain intact. They excluded groups like “agricultural and domestic workers”, the sources of  most Black employment.  Southern congressmen worked for those exclusions.   The GI Bill, conceived as equal opportunity legislation, failed Black GIs when its execution became the jurisdiction of state and local governments. Women did not fare well under those programs. Covert cites the book, “When Affirmative Action Was White”, which deals with  Black exclusion from major American benefit programs. Another nudge to get out the vote!

The 2016 Summer Olympic Games begin on August 5 in Rio de Janeiro, Brazil, a nation  besieged by political and economic woes.   Brazil’s legislature voted to suspend President   Dilma  Rousseff  on corruption charges. She faces an impeachment trial. Attorney Michel Temer, Rousseff’s VP, is the  new  Brazilian president.  Convicted of violation of campaign finance limits, Temer is a far Right politico, as is his cabinet which is all male and all white….huh?  Brazilians favored a new general election.  Politics aside, Brazil has some Olympian problems like the Zika virus  and the  polluted Rio waters.

Any NYC residents interested in a free, comprehensive, 14-week, hands-on IT (Information  Technology) training course and in paid internships.     Qualifications: ages 18-24; NYCHA resident, NYCHA Section 8 voucher holder.  Applicants should report to the Info Session on May 24 at 1 pm for complete particulars at the REES Central Office, located at 787 Atlantic Avenue, Brooklyn, NY 11238. This program is a NYCHA/REES initiative. The NYC Small Business Department oversaw similar programs in 2013 and 2014.

Actresses Viola Davis, Oscar winner and star of “How To Get Away with Murder”, and Kerry Washington, “Scandal” topliner, are proud owners of  independent film companies who will partner with ABC-TV.  The Davis film company is named Juvee. Washington’s company, Simpson Street, has already produced the HBO film “Confirmation”, about Anita Hill and the 1991 Clarence Thomas confirmation hearings for the U.S. Supreme Court.

Her Excellency Shirley Barnes, retired U.S.  Ambassador, recently visited France to  attend  celebrations commemorating the 150th Anniversary of the presence of the U.S. Consulate in Strasbourg.   A U.S. State Department career diplomat, she served as US Consul to Strasbourg during the Clinton Presidency before being named Ambassador to  Madagascar.

Remember the NY-based, multitasking wife/mother and entrepreneur Barbara Miles, the mastermind behind the Chocolate Singles franchise, Chocolate Singles Magazine, CS Special Networking events, CS Caribbean Travel Destinations and more.  After 15 years, she abandoned CS for a quieter life in Atlanta where she started teaching, her original calling, again.   Her new page-turner memoir, MS. THANG GOES BACK TO SCHOOL, recounts her glorious plot-twisted life from her early teaching days, to marriage, to businesswoman, to teacher in a 21st Century American classroom.  Visit barbaramilesbook.com

Congratulations to Kamilah Forbes, 39,  co-founder of the nonprofit HI-ARTS, was named new Artistic Director at the Apollo Theater, succeeding uber arts executive Mikki Shepard,  who steps down in June after a 10-year run.   Ms. Forbes’ credentials include the Broadway  revival of A RAISIN IN THE SUN;  associate director of the Broadway musical  HOLLER IF YA HEAR ME, inspired by Tupac Shakur’s life; and the WHAT’S GOING ON  project at the Kennedy Center, 40 years after its release.

Are You Prepared?  Is your “Go Bag” ready?