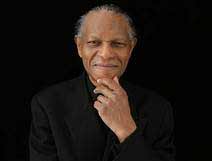 Living in the Republic of the USA today is like being wide awake in a perilous dream as we watch a Petri dish monster – coronavirus – erode what was mistaken for our normal way of life. New York, California, Washington, Illinois are states existing in lockdown and our new normal allows visits outside the home for food, pharmaceuticals and other essential items.

NY Governor Andrew Cuomo has been an exemplary leader while navigating NY and the nation into our new global crisis, one with a new virus and the attendant intersection of public health crises as the worldwide economies are sliding into a recession. The NY gov has been so masterful that a President Cuomo hashtag has appeared in the digital world. We understand that COVID-19 will not last forever and that America’s top priority is the national health and welfare of its citizens. During our new cabin-fever life, we are sedentary consumers of electronic and print outlets, hungry for crisis updates and some news about light at the end of the tunnel.

On March 21, a NY Times Coronavirus Update read. “As India Imposes 21-Day Lockdown, Trump Calls for US to be open ‘by Easter’ adding, “Raring To Go. I give it two weeks. We can socially distance ourselves and go to work.” FYI India’s population is 1.2 billion. This Trump order is madness, a recipe for disaster. Can Election Day 2020 for the US Presidency be changed to a date next month? Trump is not good for the national health.

COVID-19, as you know, is the disease caused by the coronavirus. In the USA, New York is the epicenter of the virus, with 25,666 cases documented, with 4,237 cases being based in Brooklyn, by 3/24. There are 192 deaths to date in NYC. Numbers of cases testing positive grow exponentially, in NYC. About 100 NY Police Department officers and 46 NYFD staffers have tested positive for COVID-19. NYC DOE Brooklyn principal Dezann Romain, 36, and Lee Green, former St. John’s University guard, 49, both died of coronavirus related complications.

The NY Post wrote that of the majority of the NY coronavirus cases, 54% are men, age 18 to 49 who don’t have any underlying causes, which is vastly different from the original assessment of seniors with health challenges. Moreover, men are twice as likely to die from the pathogen as women.

President Trump has been promoting the use of an anti-malaria drug, chloroquine, to fight COVID-19. However, New York State obtained Federal Drug Administration approval to test experimental drugs in search of a treatment and/or COVID-19 vaccine. The following are some of the NYS drug protocols in use: One is an anti-HIV drug a combination of lopinavir and ritonavir, which was used successfully by the Chinese and Thais in treating COVID-19. Others are drugs and vaccines in development like, 1) remdesivir, which was originally developed to treat Ebola and was used in smaller trials in China and 2) MRNA-1273, a vaccine candidate identified weeks after the coronavirus was sequenced.
Many European countries have ordered lockdowns, which are rigorously being enforced. Those nations include Great Britain, Germany, Spain, Italy and France, which stipulate that you cannot leave home without documents. When the rest of the world is encouraging caution and essential work environments, the White House says that America is open for business by Easter, health matters life and death matter notwithstanding! The economy is more important to POTUS! Epidemiologists cannot explain the low incidence of COVID-19 in Africa!

BUSINESS MATTERS
African American media baron Byron Allen loses to Comcast in US Supreme Court decision on Monday 23. Allen argued. “Comcast refused to carry his entertainment channels because he is Black.” In a 9-0 decision, SCOTUS said was not enough for a civil rights plaintiff to assert that his race was one of several factors that motivated a company to refuse to do business with him. Allen, with the support of groups like the National Association of Black Journalists, the Congressional Black Caucus and other civil rights organizations, invoked the Civil Rights Act of 1866, urging the Supreme Court of the United States and Comcast not to dismantle the critical protections under the 1866 law.

WOMEN IN THE NEWS
COVID-19 totally eclipsed women this month, a matter that will be remedied in WGO April with narratives and references to: New York State Attorney General Letitia James and her future if a Democrat is the new occupant at the White House; if the NYS Governor goes to the White House, her future is flush with breaking-the-glass-ceiling potential; a review of history professor Gretchen Sorin’s book, “Driving While Black: African American Travel and the Road to Civil Rights;” and news about professor and culinary historian Jessica Harris’ latest honor, the James Beard Lifetime Achievement Award.

BLACK ART/CULTURE
SELF MADE, the Netflix TV 4-part miniseries about the life of America’s first self-made woman millionaire Madam CJ WALKER, an African American hair-care mogul denizen prominent during the early 20th Century, hit the airwaves on March 20. Oscar prima donna Octavia Spencer produced the SELF MADE miniseries and stars as Madam CJ Walker. SELF MADE’s handsome cast includes Blair Underwood, who plays Madam Walker’s husband and Tiffany Haddish, who plays her daughter. It debuted to mixed reviews, many saying that the material is better suited to a Broadway musical. Unfortunately, the plush period biopix is accessible only to Netflix subscribers.