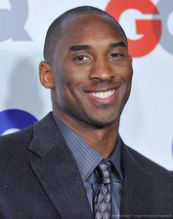 
RIP: Kobe Bryant, 41, and his daughter Gianna Bryant, 13, died in a helicopter crash on January 26. An NBA legend and a sports icon who had basketball DNA in his gene pool. Born in Philadelphia, Kobe entered the NBA directly from high school in 1996, recruited by the Charlotte Hornets, who soon traded him to the LA Lakers, where he remained until 2016. He won 5 NBA Championships, was frequently voted MVP and was the youngest NBA player to reach 30,000 career points. Who doesn’t know about his prowess on the court? Kobe had impressive stats off the court as a businessman, investor, mentor, filmmaker and philanthropist. During his short but productive life, he became the greatest NBA player of his generation.

Former NYS Assemblyman and current Bronx Borough President Ruben Diaz, Jr., 46, one of the Latino rising stars in NY politics, was a 2021 NYC Mayoral hopeful, said that he will exit elected politics at the end of 2021 to become a private citizen and spend more time with his family, which includes two adult sons. Recent fundraising for his mayoral race were sluggish. It is a weird call for someone who has been in politics for much of his life.
Brooklyn Boro President Eric Adams attended the Dr. MLK Day celebration at Rev. Al’s National Action Network and addressed a largely Black audience. He railed against gentrification as the source of changing neighborhoods in Harlem and Brooklyn. He continued: “Go Back to Iowa, Go Back to Ohio. NY belongs to the people that were here and made it what it is” was a strange xenophobic message! Two days later, speaking at an Association for a Better NY Breakfast, frequented by a much whiter and more affluent audience, a contrite Adams said that his, “Go Back Gentrification comment was a gaffe.” The remarks have generated so many theories, the most often cited one is that Adams knows that the so-called “gentrifiers” will not be his voters and he was appealing to Blacks, Latinos and white small homeowners who can resonate to his comments. Adams’ remarks were made before Ruben Diaz withdrew from the mayoral race. Will the Diaz withdrawal deliver Latin votes to Adams? Is Adams a super strategist?

BLACK ENTERPRISE
History Professor Marcia Chatelain’s book, “FRANCHISE: The Golden Arches in Black America,” is an examination of the intersection of civil rights and the business community. Chatelain begins with narratives of the fast-food industry in the Jim Crow South and how and where Blacks were served. Then she examines the disruption that attended Dr. King’s death in Black neighborhoods and the resultant changes between Blacks and Corporate America. On the heels of the protests and eruptions after King’s death, there were escalating gasoline costs in the early ‘70s which transplanted fast-food eateries from suburbia to urban America, where most Blacks resided. That reality created an uneasy alliance between franchise operations like McDonald’s and Black consumers against the backdrop of new political realities. Many Blacks bought McD franchises in their neighborhood.

Blvd. Bistro opened about 6 years ago at 239 Lenox Avenue at 122nd Street in Harlem and became an overnight success. Visiting Blvd. Bistro is like entering a world of comfort food delights like fried chicken and buttermilk biscuits, seven cheese macaroni, jumbo shrimps and grits, pork, Cajun Rib-Eye steak, just to name a few. Vegans are welcome to partake in its greens, yams and plentiful salad combinations. Owner/chef Carlos Swepson is the man behind the Blvd. Bistro gustatory pleasures. The new and much larger Blvd. Bistro is located on Frederick Douglass Boulevard at 116th Street. Reservations are suggested for Saturday and Sunday brunch. [Visit Boulevardbistrony.com]

ARTS/CULTURE
FINE ART: The Johnson Publishing Company Art Collection, valued at $1.2 million, will be auctioned at the Swann Auction Galleries in New York on Thursday, January 30. Online bids accepted. The collection includes works by artists like Carrie Mae Weems, Henry Ossawa Turner and Elizabeth Catlett. Auction proceeds will be used to pay back Desiree Rogers, former Johnson Publishing Company CEO, for $2.7 million in loans that she made to JPC. The JPC estate’s cupboard should be absolutely bare. Perhaps not, a John H. Johnson memoir is in order.

Woodie King’s New Federal Theatre celebrates 50 years of excellence in theater with a new drama, “TWO CAN PLAY,” a story about a lower-middle-class Jamaican couple who scheme incessantly to escape gun crime and violence and grab an opportunity to relocate to live in the United States. Stateside, they rediscover each other. Written by Trevor Rhone and directed by Clinton Turner Davis, “TWO CAN PLAY” stars Michael Rogers and Joyce Sylvester. Play will be housed at the Castillo Theatre, located at 543 West 42nd Street, Manhattan from February 27 to April 5. [Visit www.castillo.org or call 212.941.5800]

A Harlem-based media/branding specialist, Victoria Horsford can be contacted at Victoria.horsford@gmail.com.