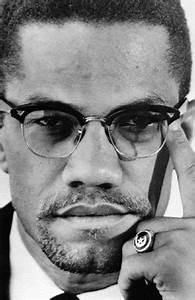 JUNE is busting out all over and it’s a busy month with many special observances –  Father’s Day, Graduation, Weddings, the summer solstice, Black Music Month, Caribbean-American Heritage Month, Gun Violence Awareness Month, LGBTQ Pride Month – all of which will be covered in-depth by WGO.

The Democratic National Committee scheduled 12 debates for the crowded field of Democratic Presidential hopefuls. The first will be hosted by NBC, MSNBC and Telemundo in Miami on June 27-28. The second debate, hosted by CNN in Detroit, is set for July 30-31. To qualify for the first two debates, candidates have to fulfill one of two criteria – get 65,000 donors for the campaign, with at least 200 in 20 states, or obtain at least one percent in three legitimate polls. Candidates who have met both requirements include Joe Biden, Bernie Sanders, Kamala Harris, Elizabeth Warren, Beto O’Rourke, Pete Buttigieg, Andrew Yang, Tulsi Gabbard, Julian Castro, Cory Booker and Marianne Williamson. NY Mayor Bill de Blasio did not make the cut.

Assemblywoman Dickens had empowering good news to report about new directions in the Village of Harlem.  A civil rights museum and more affordable housing on Harlem’s busiest commercial corridor, West 125th Street between Lenox and Seventh Avenues, are on the drawing board. Also, the outgrowth of an M/WBE development team initiative led by BRP Construction, for a mixed-use project encompassing commercial space and 170 units of income-targeted housing, between 40% to 80% AMI, for which the National Urban League will be the anchor tenant. It was the highly visible hand of Assemblywoman Dickens who prevailed upon the NY State Legislature and Governor Andrew Cuomo to grant the land to BRP/NUL for construction. The One Hundred Black Men organization is a benefactor of the Albany nod and will be a tenant at the new space.

The world’s most affluent HIP-HOP artist/entrepreneur boasts a variety of revenue sources, his music catalogue; Roc Nation, his entertainment complex; Tidal, a streaming service; and more than $220 million in cash and investments. Want to read more success stories like this coming out of HIP-HOP culture?

Read the May 27 issue of Crain’s NY magazine: “Opportunity Zones Aren’t Just for Real Estate,” which is a veritable eye-opener for investors and entrepreneurs alike.    OZs are part of a federal tax program for low-income, urban and rural communities.   Investors derive and get major tax breaks for capital. Recent IRS clarifications of the OZ Program, a part of the Tax Cuts and Jobs Act of 2017, indicates that real estate is not the only investment option. A diversity of investments is encouraged to OZ low-income areas. Of the 8,700 national OZ areas, there are 514 in NYS which targets places like East and West Harlem and the 125th Street Corridor in Manhattan; Brownsville, East NY and Red Hook in Brooklyn; Mott Haven, Hunts Point, East Concourse in the Bronx; and Jamaica and Far Rockaway in Queens.

The 6/2 NY Times Book Section’s Summer Reading issue has a page curiously headlined, “An Antiracist Book List” by Ibram X. Kendi. His recommended 16 titles include fiction classics, The Bluest Eye and Their Eyes Were Watching God. The nonfiction list titles are: The Autobiography of Malcolm X,  The Condemnation of Blackness: Race, Crime and The Making of Modern Urban America, 2010; West Indian Immigrants: The Black Success Story?, 2008;  Locking Up Our  Own, Crime and Punishment in Black America, 1983; Dying of Whiteness, How Politics of Racial Resentment is Killing America’s Heartland, 2019; and Well-Read Black Girl: Finding Our Stories, Discovering Ourselves.

RIP: Beloved matriarch Noreen Clark-Smith, 88, has died. A part of the socio-political landscape for almost 50 years, Ms. Clark-Smith was a Harlem treasure. She worked at Haryou-Act, the NY Urban League and for the NYS Housing and Community Renewal under Governors Cuomo and Pataki. Married with children, she earned a degree in Urban Planning from Marymount College while working to promote African independence at the UN and to promote name changes at Harlem public schools to recognize prominent African Americans. Her friends’ rolodex included Adam Clayton Powell, Jr., Ennis Frances, Livingston Wingate and Malcolm X. She served as Community Board 10 Chair for three terms. She is survived by three children: Regina (Harlem Business Alliance), Dr. Donna Marie and Roger; five grandchildren and three great-grands. A memorial in her honor will be held at Mist Harlem, located at 46 West 116th Street, on Thursday, June 20 at 7 pm.

65 Years After Brown: We Are Doing Worse Than Ever