65 Years After Brown: We Are Doing Worse Than Ever
Advertisement 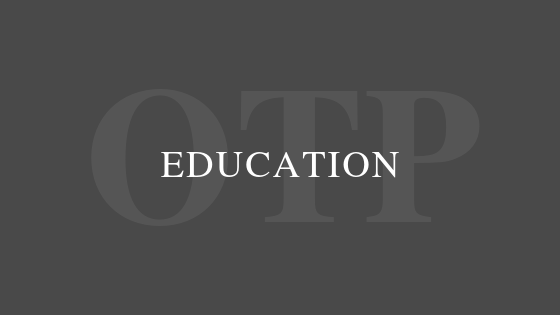 “Let me be clear: Black and Latino children do not need to sit next to white children in order to learn and achieve at the highest levels. The problem is that educational, material and financial resources follow white children.”

It’s official now. According to a new report, Harming Our Common Future: America’s Segregated Schools 65 Years After Brown, New York State has the most segregated public schools in the nation. Over 65% of students of African ancestry attend “intensely segregated minority schools.” We need to remember that New York State’s segregation is driven mainly by New York City, with a little assistance from cities like Buffalo and Rochester and help from extremely segregated school districts like Roosevelt and Wyandanch, Long Island. In observing the 65th Anniversary of the landmark “Brown vs. Board of Ed” Supreme Court case, we would have hoped that substantial progress would have been made in both integration and student achievement since 1954. Unfortunately, national trends show a retreat from the concept of integration, and connected to that, less commitment to issues of equity and equality.

As many may recall, the “Brown vs. Board of Ed” (Topeka, Kansas) decision, argued brilliantly by then-NAACP attorney Thurgood Marshall, established that segregated schools were “inherently unequal” and in violation of the 14th Amendment of the U.S. Constitution. Brown was seen as the legal undoing of the “Plessy vs. Ferguson” decision of 1896 that legalized segregation throughout the United States, but especially in the post-Civil War South. While the Brown decision was designed to have a direct impact on education, it was most effective in desegregating public accommodations across the nation. The Civil Rights Movement felt legally empowered to challenge Southern Segregation, both in the courts and in the streets. Segregation practices that were established first by Black Codes and then by Jim Crow laws, had the legal underpinning supporting such behaviors removed. Without legal protections, segregation began to be dismantled in all geographic regions of the United States.

The Brown decision had several weaknesses both as applied to education and to “public accommodations.” First, in most instances, there were no goals or timetables for achieving school desegregation. Schools were to be desegregated “with all deliberate speed.” This made the desegregation process mainly voluntary. Schools and school districts that sought to comply might make token gestures involving sending a sprinkling of Black bodies into majority-white schools. This was “integration” in the minds of many.

Second, the Brown decision led to the dismantling of numbers of successful majority-Black schools and school districts. In several cases, Black teachers and administrators were removed from their positions when their schools came under the control of previously all-white school districts. Alongside this, thriving Black business areas that had been developed to make the Black community self-sufficient began to wither and die as the promise of integration tempted residents to take their money to white-owned establishments.

Third, it had become apparent during the Brown case that Black schools and white schools were not funded equally. “Separate but equal” was very separate but rarely equal. A logical provision in the Brown remedies would have been to fund ALL schools at equal levels until a time when practical “integration” could be achieved.

1988 is seen as the year in which school integration reached its highest point all across the United States. Ironically, the one geographic area that actually saw a decline in school integration by 1988 was the Northeast. We tend to think of New York, Boston and Philadelphia as cosmopolitan bastions of progressive politics and racial harmony, but the reality is quite different. Some of the fiercest school integration battles have taken place in these same “liberal” cities. White communities in the North often participated in physical confrontations to prevent their neighborhood schools from being “integrated.” Blacks and Latinos, on the other hand, used school strikes and boycotts to break down barriers to quality education.

New York has a particularly sordid racial history which public school curricula make little mention of. The current failures of our educational system are firmly rooted in that history. I will address some of that history in a future article. While the current educational focus is on the dismal number of Blacks and Latinos admitted to the elite high schools, there are at least 190 middle and high schools that “screen” their students without an admissions test. Several of these schools have Black and Latino admission rates lower than Stuyvesant, Bronx Science and Brooklyn Tech! These screened schools are under the direct control of Mayor Bill de Blasio and Chancellor Richard Carranza. They have the authority to “integrate” these segregated screened schools now.

Let me be clear: Black and Latino children do not need to sit next to white children in order to learn and achieve at the highest levels. The problem is that educational, material and financial resources follow white children. It is majority-white schools that have the best buildings, the newest educational materials, the most computers and the most experienced teachers. Until communities can take control of their own schools and wrest authority away from the mayor, “integration” is a flawed but necessary method of beginning to level the educational playing field. If integration is good enough for Mayor de Blasio’s family, especially his children, then it should be good enough for ALL New Yorkers. It is time for the mayor to act.