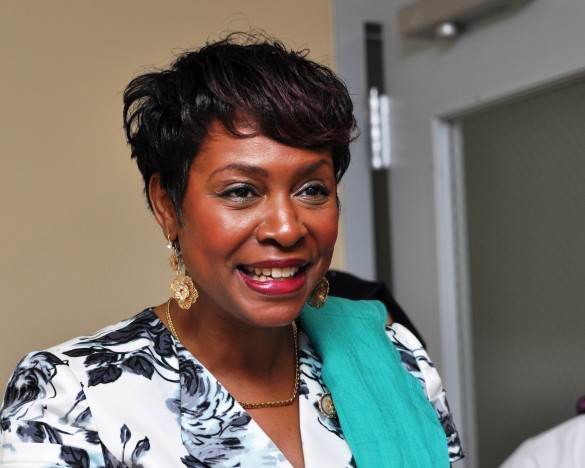 TALK OF THE TOWN

As we watch the Trump Presidency unfold, we learn that government of the American republic is both a complicated art and a science, ill-suited to those with boorish B-School sensibilities. Domestically, America is in a state of government paralysis. Neither Trump nor his GOP Congress can get much done. Today’s headlines indicate that drug overdoses in America has pandemic status. The President and the Republicans are working to dismantle Obamacare(the Affordable Care Act), our national health plan while the country needs one more than ever. Beneficiaries of Obamacare are most of the people who make up the Trump base. What about public education. It seems to be on “life support” during Education Secretary Devos’ watch. What about infrastructure and bringing jobs back to America. There is little mention of those jobs emanating from Congress and the White House. What about climate change. Well, that means nothing since Trump walked away from the Paris Agreement.

US foreign affairs is in disaster mode under POTUS 45, who has managed to alienate the United States’ closest allies and partners in Western Europe. Trump complicates matters with Great Britain, once our closest ally, with his tweets about its recent terrorist assaults.   US diplomats the world over are tendering their resignations in response to President Trump’s recent words and deeds.

HARLEM, NY: Congressman Adriano Espaillat convened a Town Hall in Central Harlem at the Adam Clayton Powell, Jr. State Office Building on West 125th Street on June 5. The turnout was full and diverse. For two hours, the Congressman fielded questions which ran the gamut from US Government actions re: undocumented populations, victims of domestic abuse, the NYS Independent Democratic Committee and how he wants the group to return to the Democratic Caucus, to the proliferation of liquor licenses in his Senate District and how he put a moratorium on those licenses. He spoke knowingly about NYCHA, the Paris Agreement and affordable housing. He seems like a politically astute, savvy individual who understands the enormity of the work that has to be done with this GOP Congress and White House. We need more Espaillat Town Halls at the Harlem State Office Building.

Political incorrectness. Yes, I too was shocked while listening to the Bill Maher “Real Time Show” last Friday when he said that he was a “House Ni—r.” Until last week, that was one of my favorite TV shows. Maher’s comment was egregious. I recommend that Maher cut back on his weed consumption before the show airs.   He opened the 2017 season without introducing his guests. You seemed loaded that night also. Yes, I’ve read your apologies; I see that Senator Al Franken has cancelled his appearance on your 6/9 show. Rev. Al is irate. Please, Maher, no more “n – – – – -” jokes ever!

Forbes magazine has added a new list of America’s Richest Self-Made Women, which includes 60 entrepreneurs, innovators and artists whose combined worth is $61.5 billion. African-American women who made the cut are entertainment mogul Oprah Winfrey, #3 with a net worth of $2.9 billion; Sheila Johnson, co-founder of Black Entertainment Television, which was sold for $2.4 billion. She has invested in hotels and golf courses and has stakes in the WNBA Mystics, NBA Wizards and NFL Capital. Her net worth is $750 million. BEYONCE, #38, Queen of American pop culture, is on hiatus from show business during her pregnancy. Philanthropically, she supports Black Lives Matter. Her net worth is $350 million.

Uber scientist Neil deGrasse Tyson penned a new book, ASTROPHYSICS FOR PEOPLE IN A HURRY, which has topped the NY Times best-seller nonfiction list for three weeks.   NYT describes the book as an “easy to understand introduction to the laws governing the universe”.

Richard Rothstein, author of the nonfiction book, THE COLOR OF LA: A FORGOTTEN HISTORY OF HOW OUR GOVERNMENT SEGREGATED AMERICA, is interviewed by Katie Nodjimbadem for Smithsonian.com in a piece titled, “The Racial Segregation of American Cities Was Anything But Accidental”. It is a good read for students of American culture.

In celebration of Caribbean-American Heritage Month, more updates about the culture and its denizens.

A Harlem-based management consultant, Victoria Horsford can be reached at victoria.horsford@gmail.com.