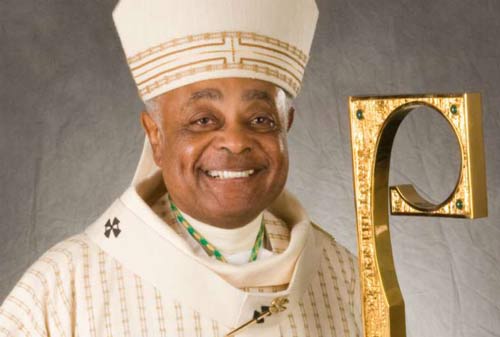 11/3: USA ELECTION DAY
November 3 has come and gone and the American electorate showed that we are a country divided, confused unsure of its next course of business. My day opened with fear and eager anticipation about the election outcome. While in many American states people braved the elements in record numbers against the backdrop of an unbeatable surge of COVID activity. On 11/2 more than 93,000 new COVID cases were reported in America. The early TV election coverage, from NY1 to ABC to my default channel MSNBC was not encouraging. One Wednesday, November 4, we had to deal with unpleasant NY realities. The Democrats would not take back the US Senate, some House seats were lost and we are days away from a definitive outcome about the next US President.

BLACK ENTERPRISE
TheRealDeal.com story, Black Owned Firms to Launch First Affordable Housing REIT is required reading. Two of the largest African-American owned companies, Avanath Capital Management and MacFarland Partners are have joined forces to make this affordable Housing REIT – real estate investment trust – which is named Aspire Real Estate Investors, and which will target $1.6 billion in investments. The REIT principals are California-based MacFarland CEO Victor MacFarland and Avanathe CEO Daryl Carter, who enthuse. “We will be the first publicly-traded REIT to pursue a strategy focused on affordable and workforce multifamily housing” ASPIRE will target “federal Opportunity Zones and other areas for investments in workforce housing and affordable housing, the latter of which it defines as developments where renters earn a maximum of 60% of the area’s median income AMI. The ASPIRE prospectus, filed with the SEC, lists an initial portfolio of 9 investments in IL, FL, TX, NC, CA and MI, which will cost $582.4 million. Additionally, ASPIRE has an acquisition pipeline totaling $1.1 billion in projects.

WORLD AFFAIRS
Read the US News and World Report opinion essay, “The Case For a Nigerian-born Woman to Lead the World Trade Organization” WTO written by two former African-American Ambassadors. The Nigerian woman referenced Dr. Ngozi Okonjo-Iweala, an economist and international development expert, who is a dual citizen – Nigeria and the USA – who is short listed to become the next WTO Director General, which would be a first for a Black person. A former Nigerian Finance Minister, Dr Okonjo-Iweala worked at the World Bank for 25 years and ascended to Managing Director, its #2 position. Her Board affiliation include companies like Standard Chartered Banks, Twitter, and the Global Alliance For Vaccines and Immunization. A Harvard alum, she earned a PhD at MIT. The Trump Administration is blocking her progress, which is strange because he wanted to US to retreat from WTO participation. Americans must support her WTO nomination.

Ivory Coast President Alassane Outtara, 78, won a controversial third term on 10/31 with 94% of the votes, which represents about 54% of the electorate, according to nation’s election commission. His three opposition candidates called for an election boycott, saying after the election that numbers cited by government are inaccurate. The constitution stipulates that the nation’s president cannot serve more than two terms. A disputed 2010 presidential election which enabled the Outtara Presidency, resulted in a civil war which took the lives of 3000 people. Francophone IC, a country of 26 million people is in crisis mode. The UN Refugee Agency reports that more than 3200 people have fled IC relocating to Liberia, Ghana and Togo.

ARTS AND CULTURE
THEATER: National Black theaters are eligible for the Billie Holiday Theatre’s BLACK SEED FUND, an initiative which will provide up to 50 grants, from 30,000 to $300,000 annually, which is made possible by a $5 million gift from the Mellon Foundation. “The Black Seed will be a force for systemic change in the arts and culture world; a 21st Century ecosystem for institutional thrivability, collectively tackling racial injustices, inequalities and creating profound world-class relevant art.” Black theater nonprofits are invited to apply for this grant. The RFP (Request For Proposals) deadline is November 12. Visit Thebillieholiday.org/the-black-seed-rfp

BOOK NOTE : LUBAYA’S QUIET ROAR is a new children’s book by Marilyn Nelson with paintings by gallery artist Philemona Williamson who employs the power of color to rouse the psyche in contemplation of her narratives. She “explores the innocence and wonder of pubescent youth and how the magic of art made a difference in the way she viewed herself in her community and the world.

NEWSMAKERS
Last week, Pope Francis named 13 new cardinals, including Washington, DC Archbishop Wilton Gregory, 72, who becomes the first Black US prelate to earn the coveted red hat in a ceremony which will be held on November 28. Nine of the new cardinals are under age 80 and will be eligible to elect Pope Francis’ successor.

RIP: Beloved matriarch Theresia Walker, 97, transitioned this lifetime on October 30. Widowed for decades, Theresia Walker raised three daughters – Sheila, Patricia and Donna – keeping them immersed in the performing arts and arousing their interest in travel. A part of her legacy was her belief and practice that everyone should live life fully and vibrantly, which is documented in a loving tribute to her by daughter Donna Walker-Kuhne, a blogger and Walker International Communications Group principal.

RIP : NY elder statesman Archie Spigner, 92, transitioned on October 29. The first African American man from Queens elected to the NYC Council, he served from 1974 to 2001, representing the 27 Councilmanic which spans Hollis, Jamaica, Springfield Garden and adjacent locales. A key protagonist of the Guy Brewer Democratic Club, he was also a District Leader known as the Godfather of politics. He boasted creds for delivery of services such as economic development, infrastructure projects, a subway extension, Kennedy Airport AirTrain to his constituents.

A Harlem-based brand consultant and media adviser, Victoria can be reached at victoria.horsford@gmail.com