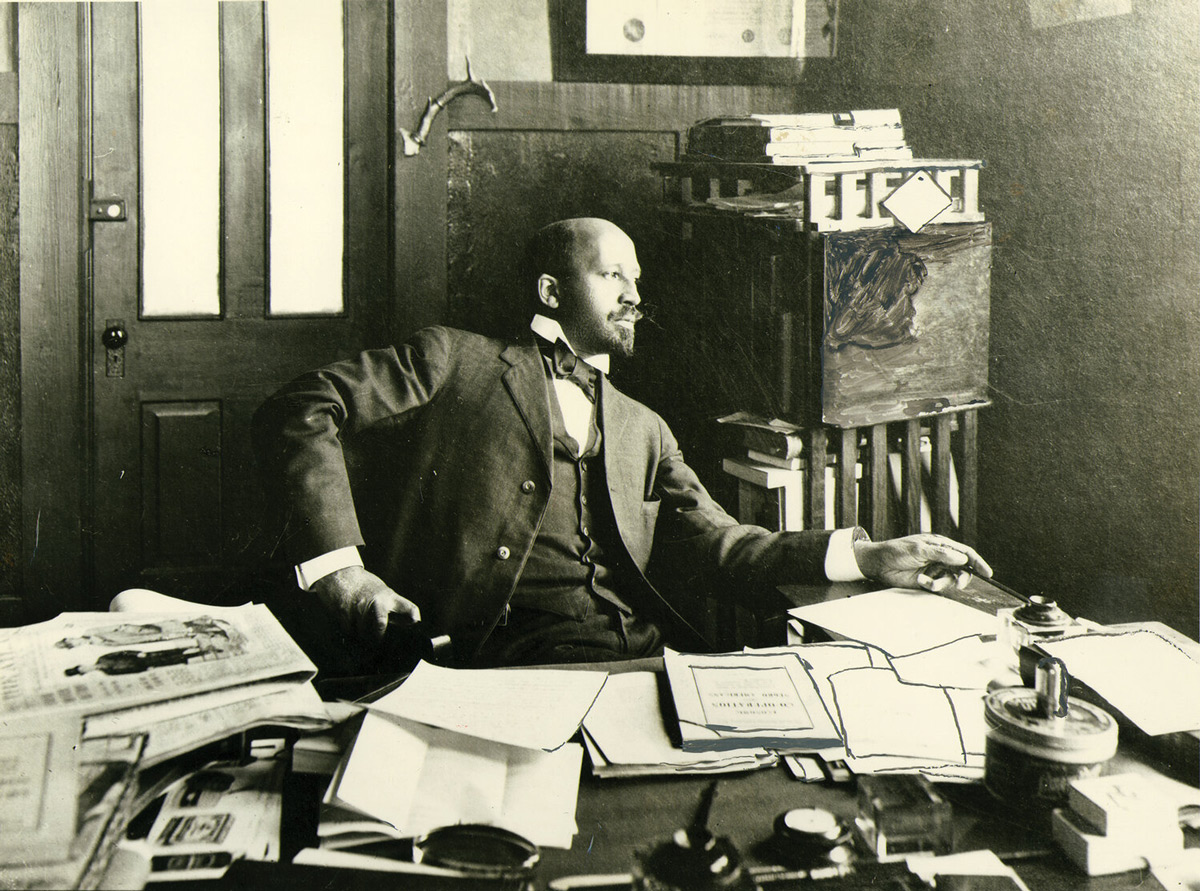 W. E. B. Du Bois, founder of the NAACP and editor of its magazine, The Crisis, in his New York office.

celebrates the anniversary of his Passing, this Saturday,
August 27, in Great Barrington, Mass.

W.E.B. Du Bois often wrote that he was “born by a golden river,” referring to his birthplace by the Housatonic River in downtown Great Barrington. His lifelong connection to rivers lends special meaning to his more well-known achievements in social justice and civil rights.
“I’ve Known Rivers” — from Langston Hughes’s poem, “The Negro Speaks of Rivers,” is the event’s title. Du Bois’s 1930 speech on the Housatonic River and his activism surrounding the Great Mississippi Flood of 1927 — first published in the June 1921 issue of The Crisis — all speak to his lifelong dedication to environmental justice and rivers everywhere.

“W.E.B. Du Bois: I’ve Known Rivers” will be held on August 27—the anniversary of Du Bois’s passing in Accra, Ghana, and the eve of the seminal March on Washington for Jobs and Freedom. A group of local organizations will gather in Great Barrington at River Walk’s W.E.B. Du Bois River Park, 20 River Street, to honor Du Bois with an afternoon of readings and musical offerings.

Berkshire NAACP president Dennis L. Powell, having carried water from the Housatonic River to Du Bois’s resting place in Accra, will release water he collected in Accra into the “golden river” where Du Bois was born nearby.

The event will be followed by a walking tour of downtown Great Barrington sites that helped shape the town’s iconic native son, including Du Bois’s birthsite, First Congregational Church, and the Warren Davis Home. The walk will conclude at the Du Bois Freedom Center, located at the historic Clinton A.M.E. Zion Church, 9 Elm Court, with a reception and refreshments on the lawn. In the event of rain, the program will be held at First Congregational Church on Main Street.

In 2002, the Great Barrington Land Conservancy dedicated the Du Bois River Park at the very spot along the “golden river” where Du Bois was born nearby. The park honors his love of the Housatonic River and his campaign for the restoration of rivers around the world. It is a site on the Upper Housatonic Valley African American Heritage Trail and enters the town’s Housatonic River Walk, a National Recreation Trail.

The historic Clinton A.M.E. Zion Church served as the local African American community’s cultural, spiritual, and political home for 130 years. The church is now being transformed into an African American cultural heritage center called the W.E.B. Du Bois Center for Freedom and Democracy (to be known as the Du Bois Freedom Center).