Voting Rights for African Americans:
A look back
Advertisement 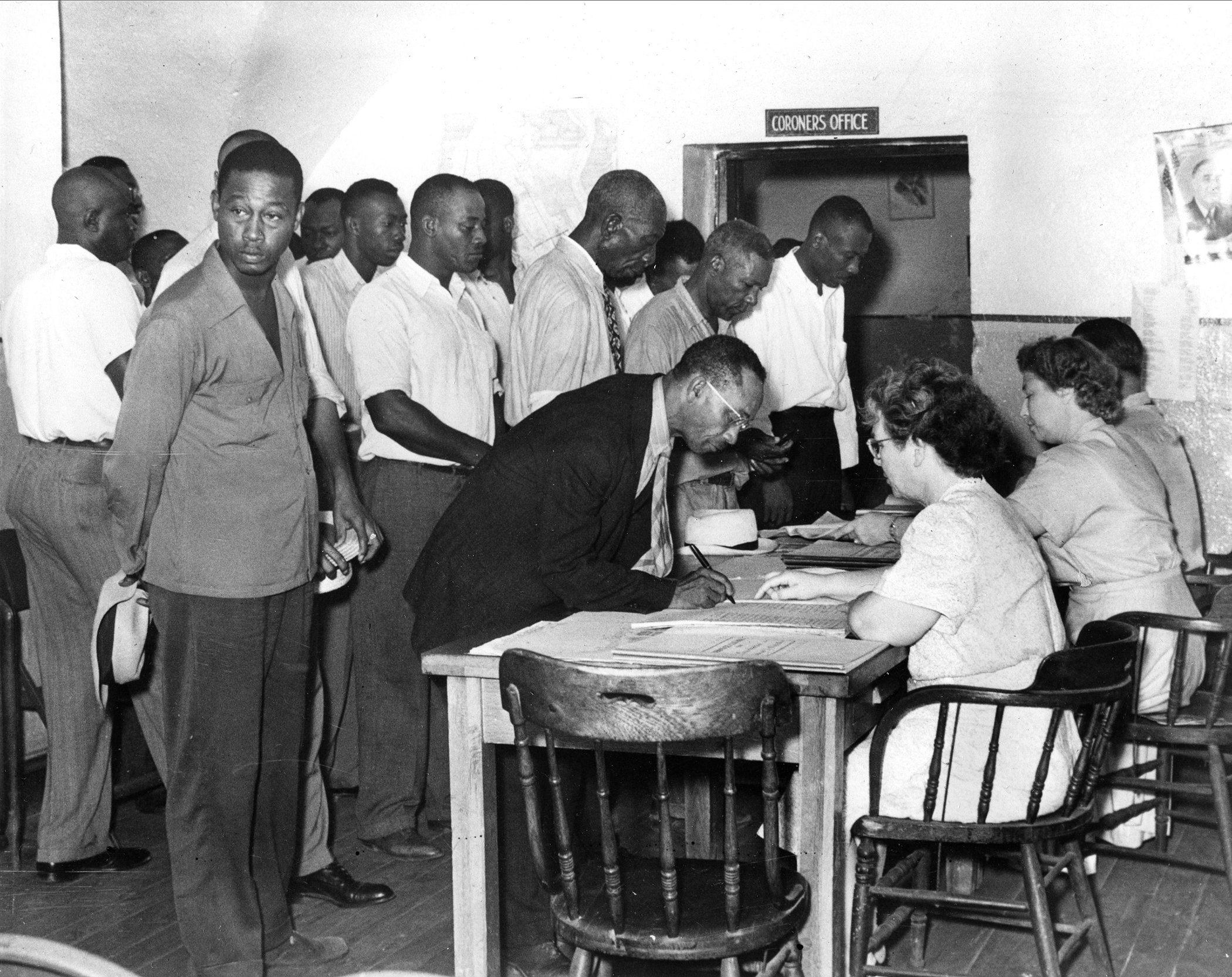 A terrible and bloody Civil War freed enslaved Americans. The Fourteenth Amendment to the Constitution (1868) granted African Americans the rights of citizenship. However, this did not always translate into the ability to vote. Black voters were systematically turned away from state polling places. To combat this problem, Congress passed the Fifteenth Amendment in 1870. It says:
The right of citizens of the United States to vote shall not be denied or abridged by the United States or by any state on account of race, color, or previous condition of servitude.

Yet states still found ways to circumvent the Constitution and prevent blacks from voting. Poll taxes, literacy tests, fraud and intimidation all turned African Americans away from the polls. Until the Supreme Court struck it down in 1915, many states used the “grandfather clause “ to keep descendents of slaves out of elections. The clause said you could not vote unless your grandfather had voted — an impossibility for most people whose ancestors were slaves.

This unfair treatment was debated on the street, in the Congress and in the press. A full fifty years after the Fifteenth Amendment passed, black Americans still found it difficult to vote, especially in the South.” What a Colored Man Should Do to Vote”, lists many of the barriers African American voters faced.
The fight for African American suffrage raged on for decades. In the 1930s one Georgia man described the situation this way: “Do you know I’ve never voted in my life, never been able to exercise my right as a citizen because of the poll tax? … I can’t pay a poll tax, can’t have a voice in my own government.”

Many brave and impassioned Americans protested, marched, were arrested and even died working toward voting equality. In 1963 and 1964, Dr. Martin Luther King Jr. brought hundreds of black people to the courthouse in Selma, Alabama to register. When they were turned away, Dr. King organized and led protests that finally turned the tide of American political opinion. In 1964 the Twenty-fourth Amendment prohibited the use of poll taxes. In 1965, the Voting Rights Act directed the Attorney General to enforce the right to vote for African Americans.

The 1965 Voting Rights Act created a significant change in the status of African Americans throughout the South. The Voting Rights Act prohibited the states from using literacy tests and other methods of excluding African Americans from voting. Prior to this, only an estimated twenty-three percent of voting-age blacks were registered nationally, but by 1969 the number had jumped to sixty-one percent.

Poet Maya Angelou’s Minted Image to be on U.S. Quarter