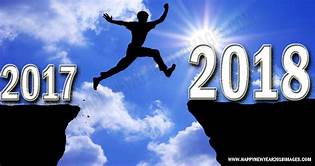 2018 is going to be a fateful year for the United States of America. There are powerful forces working together to take us down a path away from the U. S. Constitution, a thorn in the side for dictators around the world and wanna-bees here at home, and toward a place we’d never thought we’d enter.

This midterm election vote is the most crucial in our lifetime, dictating the future for our children, our country and the planet. And it will be fought tooth-and-nail, which in this day and age means Big Data algorithms tailored to push buttons the recipient himself didn’t even know were there, Internet “bots” starting conversations on social media, and the time-honored voter suppression tactics being used by Republicans, all aided and abetted by Russian operators looking to keep the American president, their “useful idiot”, as Vladimir Lenin might have called him, and Vladimir Putin certainly does, in power.

As the Senate election in Alabama has demonstrated, an aroused voting public can reset the course of the nation, restoring the system of checks and balances on the executive branch. Therefore, what should be at the top of our mind as we head into 2018? Voter suppression and the understanding that there is nothing the Russians want more than to re-empower the Republican Party heading into the midterm elections and there is nothing the Republicans want more than to win and they will stop at nothing, even obstructing justice themselves.

We have seen how viciously and with what coordination the Republicans have begun to attack the FBI and the special counsel, while bowing and scraping for Donald Trump, showering him with such praise and love and with Vice President Mike Pence leaving so many “greatest honor to serve” wet hickeys on Trump’s ass, as would make a less self-deserving soul blush, It is fair to wonder why there has been much public hand-wringing but no action taken to protect the integrity of the entire voting process. Could it be that the GOP are not interested in finding miscreant code that might have been placed by Republican manufacturers and if there is tampering by the Russians, wouldn’t it be for the Republican candidates?

Unfortunately this crazily unpatriotic scenario is not impossible based on where the bar for morals and ethics has been placed by the president or his aiders and abettors in congress. Their collective thirst for power enables a collusion ultimately between the Russian criminal oligarchs and their American plutocrat compatriots ensuring the weakening of the electorate and the democracy, giving both the oligarchs and the plutocrats the power and money they crave, the future of the country or the planet be damned.
And yet, even with the plutocrat-designed Electoral College, the congressional gerrymandering and active voter suppression, we have seen they can all be beaten and this is why they are so afraid and dangerous. This is why dictators like Vladimir Putin and Idi Amin or wanna-bees like Donald Trump hate democracies and will do anything to subvert them.

The American mainland used to be isolated from international warfare. But cyberwarfare takes place in every home and on every phone. Cyber-generals take prisoners without their knowledge and enlists fifth columnists unaware of the assistance they give. And now that they have seen in Alabama what the Black community can do, we’ll have the Russians on one side with their documented targeting of the Black community and the ever-constant Republican voter suppression machine on the other, and they both will be coming for us even stronger than in 2016.

In this war of weaponized social media, we have to fill ours with positive information and political organizing, while maintaining a thoughtful awareness when an emotional button is being pushed by a source not personally known.

And frankly, now that their game has been outed, I think the Russians will be surprised by the people skills and technical sophistication of the opponents they’re coming after.
If every individual uses their digital and personal interaction to get out the message to vote and resist, then when Trump’s day of reckoning comes, either at the polls or by special counsel, tens of millions of people will either be on voting lines or in the American “street” rising up in support of the rule of law and against a dictator.