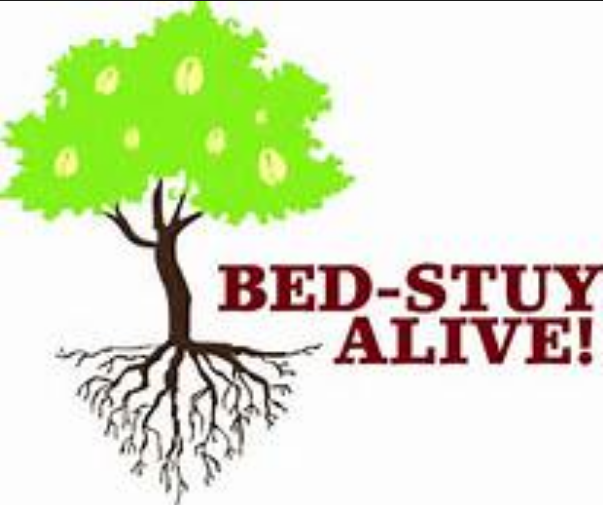 Brooklyn NY (September 8, 2017) – The Bed-Stuy Alive! Collective is proud to present the 13TH Annual Bed-Stuy Alive! celebration, scheduled to begin on Saturday, October 14th, and span several weeks of exciting happenings throughout the community.. “We are pleased to be a part of this event, which will showcase our great businesses, schools, restaurants, artists, and homes,” stated Dordy Jourdain, Executive Director of the Bedford-Stuyvesant YMCA. The project is designed to promote economic development, neighborhood pride, tourism, the community’s cultural richness, and the unique heritage and diversity of the people who live in Bedford-Stuyvesant. This year’s theme,” Lighting the Path for Our Children: Education Is Our Torch”, was selected by the members of the Collective in order to highlight the importance of education at all levels in our community. “From pre-k to adulthood, our community must be continually engaged in lifelong learning. Groups are working together to help improve our public schools; and organizations all over the community are offering workshops and training programs that cover everything from financial literacy to job preparation,.” said Lynette Lewis-Rogers, President of the Brownstoners of Bedford-Stuyvesant, Inc.

The excitement begins on October 14h, at 10:00 a.m., with the Opening Ceremony in the main building of the Restoration Complex, at 1368 Fulton Street. The Gala Kick-off Street Festival, which will be held from 12 noon 5:00 p.m., on Fulton Street, between Marcy and Brooklyn Avenues.

The 10:00 Opening Ceremony is a special time that is set aside to honor the community’s best with the 9th Annual Tohma Y. Faulkner Community Awards. One of the highlights of the program will be the first donation of books that were collected for the Annette M. Robinson Early Childhood Literacy Project. During Assembly Member Robinson’s community celebration last March, over four hundred books were contributed by those who attended. Assembly Member Robinson said, “As a participating parent and former staff member of the Bedford-Stuyvesant Early Childhood Development Center, I am most proud that the Annette M. Robinson Early Childhood Literacy Project will present books to the Center, in recognition of the organization’s over fifty years of providing dedicated educational services to the children of Bedford-Stuyvesant and Crown Heights.”

According to this year’s Chairperson, Stephanie Faulkner Brabham, “This is always a very moving and uplifting program. We hope our neighbors will come out to say thank you to those champions who have done so much for Bedford-Stuyvesant. It is not too late to donate to the Literacy Project, and new books for grades pre-k to second grade will be welcomed.”

Tohma Faulkner was a true child of Bedford-Stuyvesant, and an activist in every sense of the word. The Bed-Stuy Alive! initiative grew out of her thoughts, as a way of celebrating every aspect of the history and people of her community. Sadly, Tohma passed away eight years ago, and the awards are named in her honor. A portion of Decatur Street has been co-named Tohma Y. Faulkner Way, as a means of keeping her legacy alive.

Fulton Street, between Marcy and Brooklyn Avenues will be jumping with the Bed-Stuy Heritage Market and the Savor Bed-Stuy Food Court. The lively Children’s Village will feature the Uni Project that will bring an entire pop-up library.  The Health Pavilion will be anchored by the Interfaith Medical Center, the Veterans’ Administration along with other health providers provide screenings and information, and the Discover Your Neighborhood Resource Row, with representatives from a broad range of education and social service organizations.