There is so much going on, it is difficult not to feel overloaded.
Advertisement 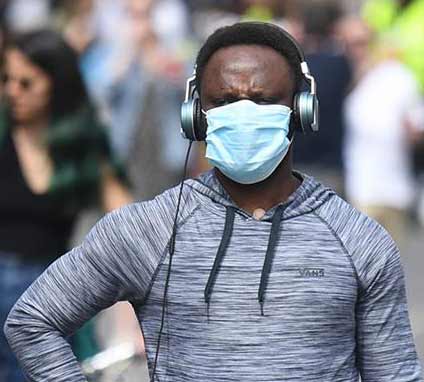 Covid 19 is leaving over 129,000 dead and the virus will be with us until a safe vaccine is available, but perhaps not for another year.
Dr. Anthony Fauci, head of the U.S. National Institute of Allergy and Infectious Diseases, delivered a most sobering projection: he said we are headed toward increasing the number of cases to 100,000 a day. And now with cases rising exponentially, our hard-won gains in New York State against the coronavirus is threatened by a resurging because of bad habits presenting themselves.

Today, I was in a store in the Capital Region and seven customers, including the clerk, were without masks.  I was the only one wearing a mask.
There’s the nationwide call for police and racial reform, with the new recognition of systemic injustice and violence by white authorities and individuals that African Americans have known in their bones for 400 years.

Attorney General William Barr appears to have corrupted the Department of Justice in his service to President Trump. The president is delusional and is setting fire to the fabric of the nation with his words and deeds. Now we hear that Vladimir Putin placed a bounty on members of our armed forces in Afghanistan and the president either knew or should have known about it. And, as of today, he still does nothing and says nothing to upset the Russian president. So, what’s Putin got on him? If the last election is any indication, Putin will work mightily to keep his “useful idiot” in office.

Voter suppression efforts are intensifying, and based on Trump’s insistence that mail-in voting is easily corrupted, come the second wave in November, he’s going to challenge the inevitable millions of late mail-in votes as exampled in the primaries just past, and his followers will rally to his side. It is going to be very, very messy.

The climate continues to change for the worse and we are only 30 years away from when the oceans are projected to hold equal amounts of plastic and fish. That timetable may move up because the coronavirus has caused explosive use of single-use disposable personal protective equipment and there are more and more over-packaged deliveries, all adding to worldwide pollution.  Manufacturers pursuing profits continue to come up with new disposable items to perform daily tasks from mopping floors to changing diapers.
We have to wait 4 months until the November 7 elections and 7 months until Vice President Biden is installed on January 20, 2021. A lot of mischief can happen in that time and America’s president will cause as much as he can.

The past, the present and the future. That’s what we see in Frederick Douglass’ speech, Stephanie Zinerman’s interview and Gabriella Thomas’ 5th grade valedictory address.
There is a lot going on, but meanwhile, let’s all learn from the past, hold the present accountable and ensure our young people have all the tools they need to survive in the future.