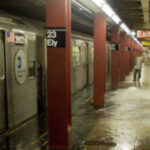 WASHINGTON, DC – Today, Representative Hakeem Jeffries (NY-08) spoke on the floor of the House of Representatives prior to the passage of H.R. 4: the John R. Lewis Voting Rights Advancement Act. The bill would restore critical protections of the Voting Rights Act of 1965 which were gutted by the Supreme Court in the 2013 Shelby County v. Holder decision.

The John Robert Lewis Voting Rights Advancement Act will become law, and when it’s all said and done, democracy will prevail, and good trouble will win the day.”

U.S. Representative Hakeem Jeffries (NY-08) is the Chairman of the House Democratic Caucus. He sits on the Judiciary and Budget Committees and proudly represents New York’s 8th Congressional District, including parts of Brooklyn and Queens in the House of Representatives.