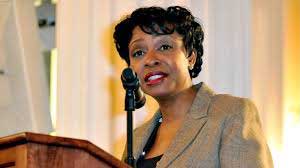 With the advancement of AI across the society, Congresswoman Yvette D. Clarke (NY-09) and Oregon Senator Ron Wyden led a letter to House and Senate Leadership urging that the next stimulus package include protections against federal funding of biased algorithms.
AI is playing a very key role in COVID-19 data, monitoring individuals, allocating resources, and predicting what the future holds. While AI has many benefits, it is fundamentally controlled by human programmers who may influence the outcomes based on their biases during programming.
Rep. Clarke sees these biases as detrimental to equality in the populace and is taking steps to defend and possibly prevent it through legislation.
The letter urges Leadership to include language in forthcoming stimulus legislation requiring:
Any health care provider receiving funding in the package to only deploy AI systems in medical decision-making contexts once it provides written assurances that bias tests have been performed; and
Any business with annual gross receipts of $50,000,000 or greater in 2019 receiving funding in the package to provide a statement that bias tests have been performed on any algorithms they use to automate or partially automate activities (such as employment and lending determinations) which have historically been impacted by discriminatory practices.
The letter states: “Amid this lethal pandemic, our failure to enact safeguards against algorithmic bias in sensitive AI systems – such as those used to produce health care assessments and making lending determinations – is literally a matter of life and death.”
Clarke said: “We are seeing the devastating and disproportionate impact COVID-19 has on communities of color. During such a critical time, we must ensure that the use of artificial intelligence in combating COVID-19 is not biased in providing resources to these vulnerable communities who most need it. To ensure protections for our Black and Brown brothers and sisters, Senator Wyden and I led a letter to House and Senate leadership urging that any federal dollars used for AI during coronavirus are vetted to protect against any algorithm bias.”
The letter was also signed by several other Senators.