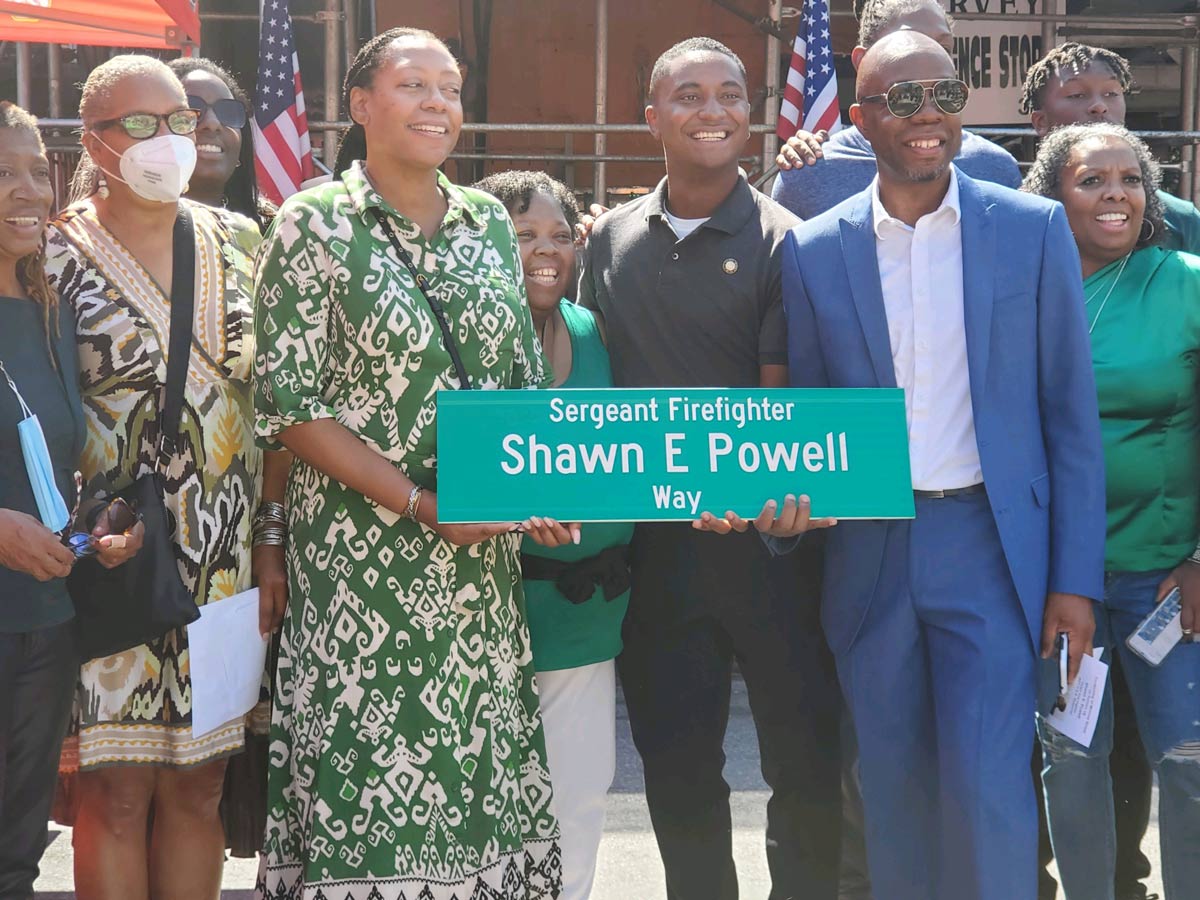 On Monroe Street:
The street co-naming ceremony of FDNY Firefighter Shawn Edward Powell (June 28, 1969- September 11, 2001) took place on Saturday, September 10th at 11 AM, Monroe Street between Marcus Garvey Boulevard and Lewis Avenue. At the ceremony, firefighter Powell was recognized for his heroism and service as a U.S. Army Reservist, a Firefighter assigned to Engine Company 207 in Downtown Brooklyn, and a committed family man and community leader. To Henry Butler, District Manager, Bed-Stuy’s Community Board 3, Powell was also a childhood friend. After his moving remarks, Butler shared that he “knew his family very well, too, and I lived in the same building in the Tompkins Houses with his grandmother and his Aunts.”

Related Topics:Shawn Edward Powell
Up Next