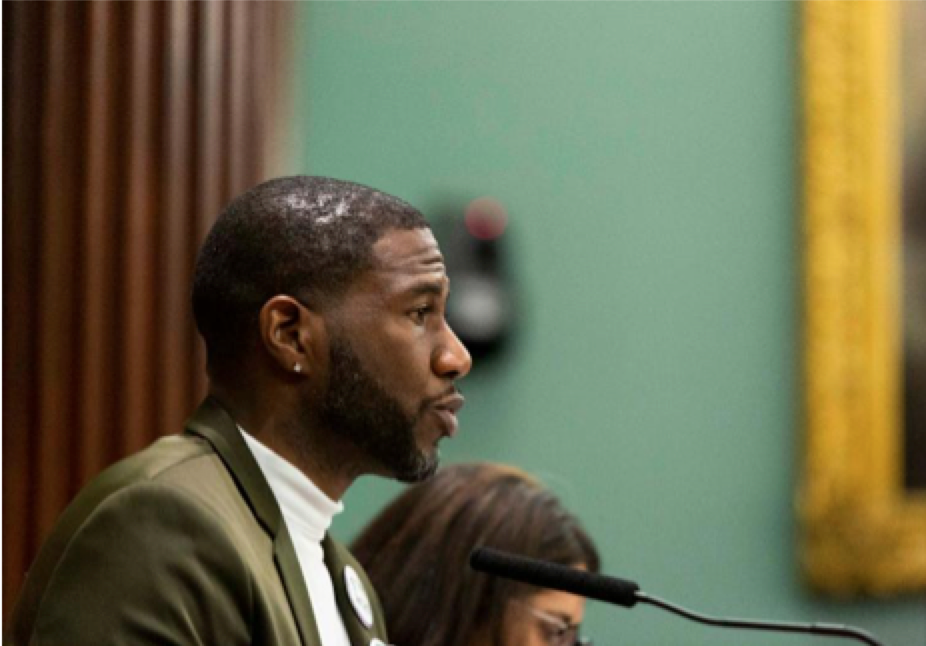 NEW YORK, NY: The New York City Council today approved legislation from Public Advocate Jumaane D. Williams which bans pre-employment testing for marijuana usage in the vast majority of cases.  The legislation was co-prime sponsored by Majority Leader Laurie A. Cumbo and Council Member Carlina Rivera and passed by an overwhelming majority at Tuesday’s Stated Meeting of the full Council.

The bill, Intro 1445-A, prohibits employers in New York City from requiring a prospective employee to submit to testing for the presence of any tetrahydrocannabinols (THC), the active ingredient in marijuana, in such prospective employee’s system as a condition of employment. Exceptions are provided for certain safety and security sensitive jobs, and those tied to a federal or state contract or grant.

Cannabis accounts for about half of all positive results on drug tests, and failed tests lead to an inability for many to advance in their careers. As many as 70% of large employers utilize pre-employment drug screenings, encompassing as many as 40% of jobs, according to Vox reporting last year.

Opponents of testing argue that in many case, pre-employment testing for THC does more harm than marijuana itself, with applicants being rejected for a positive test, or declining to apply to jobs that require it. This kind of screening is separate from any restrictions preventing usage while on the job, and so rather than improving work quality it depletes the overall talent pool of applicants. Over half of Americans report at least trying marijuana, and a majority of New Yorkers support its legalization for recreational use.

” Testing isn’t a deterrent to using marijuana, it’s an impediment to opportunity that dates back to the Reagan era– a war on drugs measure that’s now a war on workers. Prespective e mployers don’t test for alcohol so marijuana should be no different, but in no way does this bill justify individuals going to work under the influence,”  said  Public Advocate Jumaane D. Williams . ” We need to be creating more access points for employment, not less- and as we push for legalization on a state level, it makes absolutely no sense that we’re keeping people from finding jobs or advancing their careers because of  marijuana  use. This bill is a step in the right direction, and I intend to continue to push for this protection to apply to more New Yorkers across a wider range of professions.”

This bill is one in a series of marijuana justice measures pushed by the Council’s Progressive Caucus, which also includes legislation passed today by Council Member Donovan Richards (D-Queens) that bans  the Department of Probation  from conducting drug tests for marijuana.  Public Advocate Williams has previously passed resolutions calling for NYCHA to add marijuana usage to its list of ‘overlooked offenses’ and calling for the expungement of records for marijuana-related offenses. Last year,  introduced legislation to  prevent the Department of Sanitation and the Taxi and Limousine Commission from using cannabis offenses as the sole reason for denial of license or dismissal from employment.

The Public Advocate has been a long-time proponent of marijuana legalization, and believes that in its wake records must be expunged and money coming from legalization must be re-invested into the communities most impacted by the prohibition.

“Around the country, states and localities are finally coming to recognize that prohibitions on marijuana usage are unnecessarily criminalizing communities and individuals,”  said Dionna King , Policy Manager for the   Drug Policy Alliance.  “Pre-employment drug testing is another way of penalizing people without cause and prevents future opportunities. New York State must legalize recreational use- in addition, protections like the bill passed today are needed to ensure that stigma and misconceptions do not continue to harm people who have already been hurt in this system.”