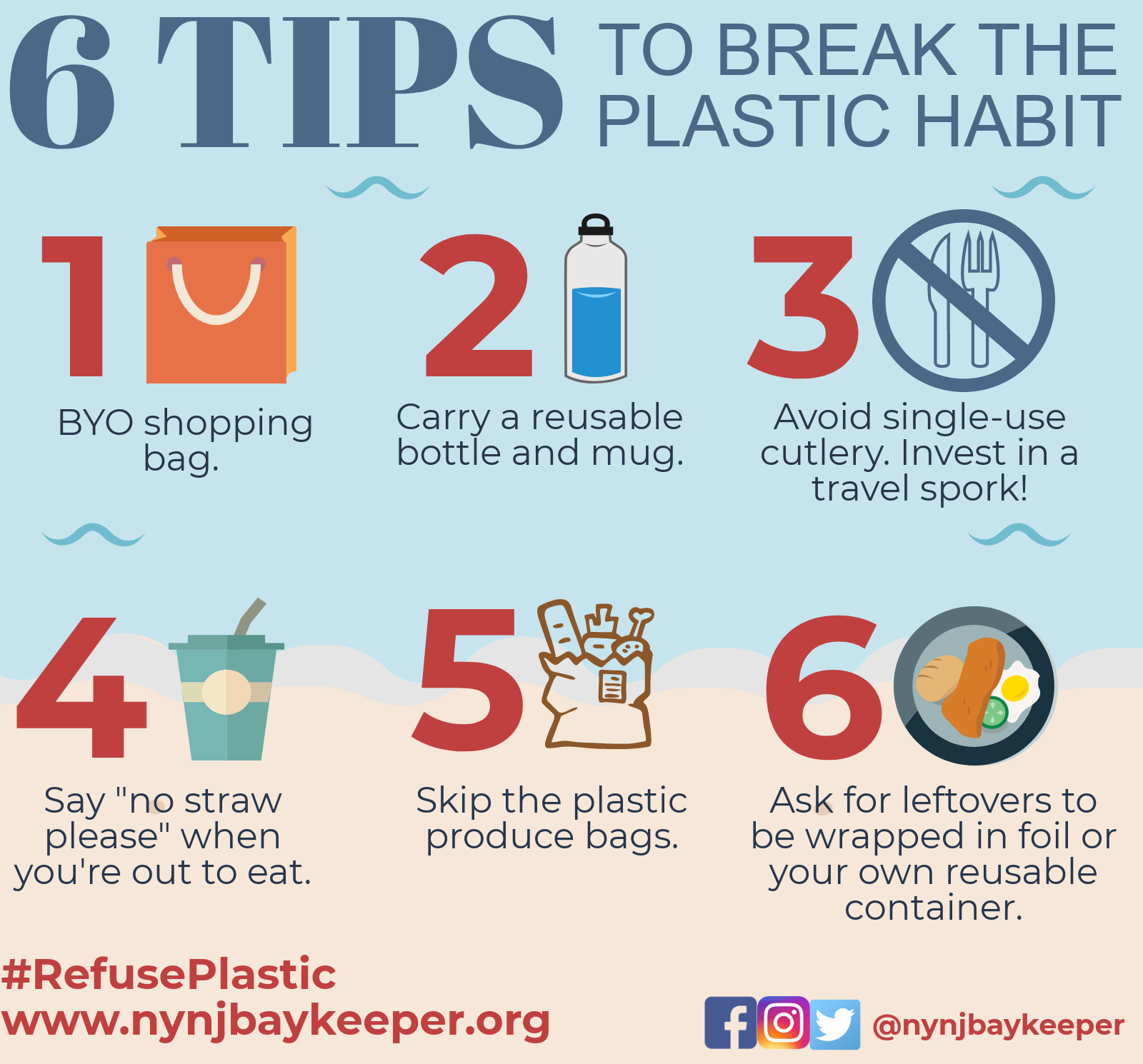 Mayor de Blasio recently signed an executive order that will end the direct city purchase of unnecessary single-use plastics in favor of compostable or recyclable alternatives. New York City purchases at least 1.1 million pounds of single-use plastic foodware every year, which includes plastic straws, cutlery, plates, bowls, cups and trays. This executive order will reduce New York City’s carbon emissions by approximately 500 tons per year, decrease plastic pollution and reduce risks to wildlife. The city estimates this EO will reduce the purchase of single-use plastics by city agencies by 95% and will begin implementation by the end of the year.

The administration recognizes that certain single-use plastic items, including plastic straws, are a continued necessity for some people—including New Yorkers with disabilities—who cannot use currently available alternative products and affirms the ability of all individuals to receive single-use plastic items without question or cost upon request. Under this executive order, a sufficient supply of single-use plastic foodware will continue to be made available for anyone who requests such items and maintained for other purposes including emergency preparedness and medical uses.

“Big Oil has been pushing single-use plastics for too long – and it stops here,” said Mayor de Blasio. “They litter our beaches and parks, jam our recycling machines and contribute to climate change. Our actions today will help us build a fairer city for all New Yorkers.”

As a result of the executive order, no new contracts will be signed for single-use plastic foodware other than to maintain a sufficient supply of certain items to be provided upon request. All relevant agencies are directed to begin reducing their use of single-use plastic immediately and must also prepare a reduction plan within 120 days. Full implementation of these reduction plans is targeted for the end of the year. Sustainability and accessibility are not mutually exclusive, and this executive order is a model for other municipalities that are working to create an environmentally conscious plan that meets the needs of everyone.

Mayor de Blasio also announced today his support for pending City Council legislation to reduce the single-use plastic foodware in private establishments and will work with the Council to ensure the legislation includes appropriate accommodations for individuals who cannot use nonplastic alternatives in a similar manner to this executive order.

Single-use plastic products, which are designed to be used once and then thrown away, are a pervasive threat to our neighborhoods, waterways and climate. Across New York City, approximately 36 million pounds of single-use plastic foodware is collected from our residential waste stream. Tens of millions more pounds are collected from commercial establishments. Discarded plastics also get discarded as litter and washed into waterways, impacting water quality and harming plant and animal life in New York City’s ecosystems. Reducing single-use plastic use, while simultaneously maintaining a sufficient supply of certain single-use plastic items, since some people cannot use alternative products, will lessen the city’s reliance on petroleum-based products in a way that takes the needs of all New Yorkers into account.

Reducing the use of petroleum-based products in an inclusive way will help New York City meet its goal of reducing carbon emissions at least 80 percent by 2050. Over 99 percent of plastics derive from fossil fuels and six percent of the global oil market is used to create plastic products. For each ounce of polyethylene produced – the plastic most common for single-use plastics – one ounce of carbon dioxide is emitted. Carbon emissions are the leading cause of climate change, which is causing higher temperatures, more frequent and severe/extreme weather events, and sea-level rise, which threatens New York City’s 520 miles of coastline.

This executive order builds on previous progress by the de Blasio Administration to protect New York City from the damage done by petroleum-based products and the oil industry that is responsible for them. On January 1, 2019, the city implemented a ban on single-use foam products, such as cups, plates, trays, clamshell containers or polystyrene loose-fill packaging—also known as “packing peanuts.”

The city is also divesting its pension funds from fossil fuel reserve owners, has filed a lawsuit seeking damages from five fossil fuel companies for the billions of dollars that will be spent to protect New Yorkers from the effects of climate change, and has set a goal of doubling its pension fund investments in climate change solutions to $4 billion by 2021. This increased investment will represent two percent of the city’s $195 billion pension portfolio.

“Let’s call single-use plastic what it is: pollution,” said Mark Chambers, Director of the Mayor’s Office of Sustainability. “We need to leave these harmful plastics behind and reducing the city’s use of plastic foodware is a huge step in that direction.” (See Hudson Cleanup on page 8)