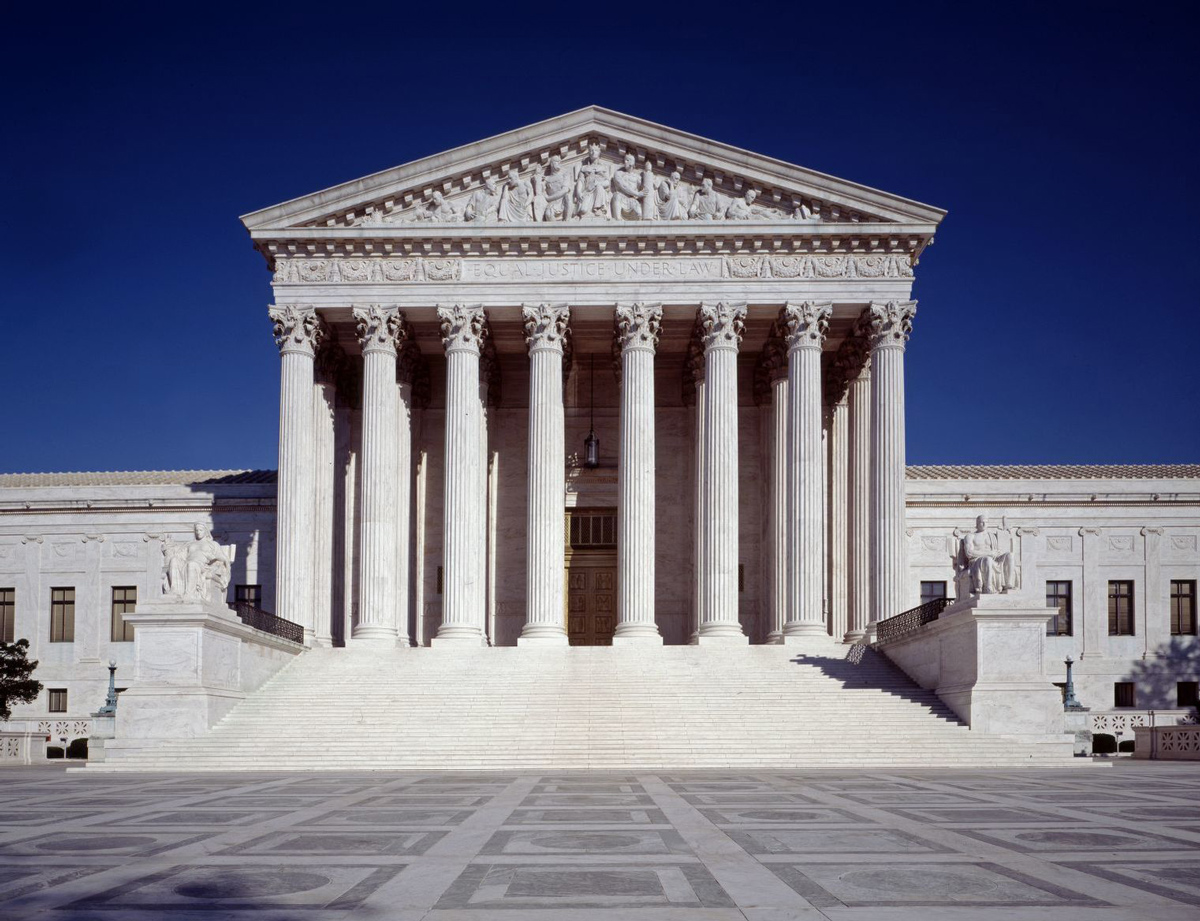 By Ben Beckett
Jacobin Magazine
As if the Electoral College weren’t antidemocratic enough already, the Supreme Court now looks poised to rule in favor of state legislatures deciding the outcome of the presidential election. That’s good news for Republicans and bad news for democracy.
In 2022, it’s time to update the old truism and acknowledge that three things in life are certain: death, taxes, and bad news from the Supreme Court.

It’s gotten difficult to keep track of all of the court’s assaults on freedom and democracy, but just this year the court has ruled against abortion rights, gun control, separation of church and state, and the ability of the Environmental Protection Agency (EPA) to regulate carbon emissions. The court also attacked the Fifth Amendment, eliminating people’s ability to sue police officers who violate their right to an attorney, and the Fourth Amendment, ruling that in at least some cases, law enforcement itself, rather than courts, may review whether officers committed an unreasonable search.

Given the court’s all-out assault this spring and summer, it’s understandable that a case it agreed to hear in its next session has so far flown under the radar. But the court’s decision in Moore v. Harper is likely to be even more consequential in its long campaign against democracy. Worse, it could easily set the country up for a serious and potentially violent political crisis following the 2024 presidential election.

Nothing is certain yet, but the most likely outcome of Moore v. Harper is the Supreme Court ruling that state legislatures can appoint presidential electors however they wish, possibly even with no regard for the candidate who got the most votes in their state — a legal interpretation known as the “independent state legislature theory (or doctrine).”
In short, independent state legislature theory holds that when setting election rules and appointing presidential electors, state legislatures may act “independently” of the governor, their state’s constitution, or state and federal election laws. The Brennan Center explains:
The dispute hinges on how to understand the word “legislature.” The long-running understanding is that it refers to each state’s general lawmaking processes, including all the normal procedures and limitations. So if a state constitution subjects legislation to being blocked by a governor’s veto or citizen referendum, election laws can be blocked via the same means. And state courts must ensure that laws for federal elections, like all laws, comply with their state constitutions.

Proponents of the independent state legislature theory reject this traditional reading, insisting that these clauses give state legislatures exclusive and near-absolute power to regulate federal elections. The result? When it comes to federal elections, legislators would be free to violate the state constitution and state courts couldn’t stop them.

Such a ruling could permit states to go even further than they already have in gerrymandering election districts and suppressing voters in order to favor conservatives. But it gets worse: the ruling could also allow legislatures to overrule presidential election results entirely and appoint presidential electors of their choosing.

The Electoral College is already undemocratic, giving voters in rural, usually more conservative states far more influence per person than populous states. In fact, the current reactionary majority on the Supreme Court was only possible because Donald Trump won the Electoral College despite millions more people voting for Hilary Clinton. But a ruling based on the independent state legislature doctrine, likely to come out in 2023 or early summer 2024, would allow Republican-controlled state legislatures to remove presidential voters from the equation entirely — even after the election has already taken place.

Because presidential electors are not officially appointed until after election results come in, Republicans in state legislatures would be able to wait until they saw the election results before making their move. Traditionally, elector appointments have been dry formalities, generally not even making the news, because every state has simply designated electors who support the candidate who won the most votes in their state. However, empowered by a ruling based on the independent state legislature doctrine, it is far from clear that Republican state legislatures would continue to follow this tradition.

If the Republican presidential candidate wins the electoral college in 2024 by winning the most votes in enough states, Republican state legislatures would of course simply let the results stand. But if the Democratic candidate wins enough votes to win the electoral college, as Joe Biden did in 2020, a favorable Supreme Court ruling in Moore v. Harper would allow the legislatures to act “independently” and nominate electors pledged to vote for the Republican candidate — likely using a thin pretext of supposed voter fraud. In this scenario, both the popular vote and the results of the Electoral College vote as it has been practiced for two centuries would be thrown out.

This might sound far-fetched, and of course we can’t yet know for certain how the court will rule or what legislatures will do. But there are three things to keep in mind. First is the recent history of the court, which has shown itself willing to trample on legal and political traditions and its own previous rulings in order to advance a far-right vision of American society.

Second, the independent state legislature theory actually has more basis in the Constitution than many of the other reactionary rulings the court has issued recently. Specifically, Article II, Section I, dealing with presidential elections, reads, “Each State shall appoint, in such Manner as the Legislature thereof may direct, a Number of Electors, equal to the whole Number of Senators and Representatives to which the State may be entitled in the Congress. . . .”
As the Brennan Center pointed out in its summary, the word “Legislature” has traditionally been understood to mean the entire process of lawmaking and governing. But the court’s “originalist” majority stakes its intellectual legitimacy on its claim to take the plain language of the Constitution at face value based on the supposed intent of the Constitution’s authors. Given the language in Article II, it requires a much smaller logical leap to reach independent state legislature theory than many other rulings the court has made in the recent past. In fact, the theory has already made an appearance at the Supreme Court: in the 2000 Bush v. Gore case in which the court handed Bush the presidency.

Third, and most ominous, is the political context in which the Supreme Court will issue its ruling on Moore v. Harper. For decades, but especially since the rise of Donald Trump, the Right has preached a gospel of “democracy if we win, fraud if we lose,” in which only Republican voters are truly “legitimate” and Democratic victories are the result of either “illegitimate” (usually black or immigrant) voters or fraud on the part of election officials. Donald Trump shifted this strategy into overdrive, pressuring election officials around the country to overturn the results and encouraging a violent insurrection at the Capitol on the day Joe Biden was certified the winner.

While this pressure campaign and improvised attempt at a coup d’état failed to keep him in power, it convinced his base: two-thirds of Republicans say they believe Biden’s victory was illegitimate. And next time, Republicans will be much more organized. The entire Republican Party either believes or finds it prudent to pretend to believe that the only explanation for Republicans losing elections is Democrats’ cheating. They have already introduced hundreds of bills across almost every state to give state legislatures more control over elections, suggesting they know what’s coming. Meanwhile, diehard Trump supporters have been filling seats on formerly apolitical county election boards, usually with the explicit intention of “stopping fraud” — meaning, ensuring Trump or his successor wins.

Not only was the Constitution itself designed to limit democracy, but the reactionary majority of the Supreme Court has shown it will take every opportunity to limit democracy and personal freedom even further, with whatever legal theory is convenient to secure the result they want. Refuting the Right on legal grounds may be important in the abstract, but at least at this stage, it is ultimately pointless. The lifelong reactionary activists on the court are determined to remake American society for the worse. They have, by design, no accountability to anyone and they do not care what any of us think. The only way to stop them is to find a way to make the costs of undermining democracy too high for them to bear.