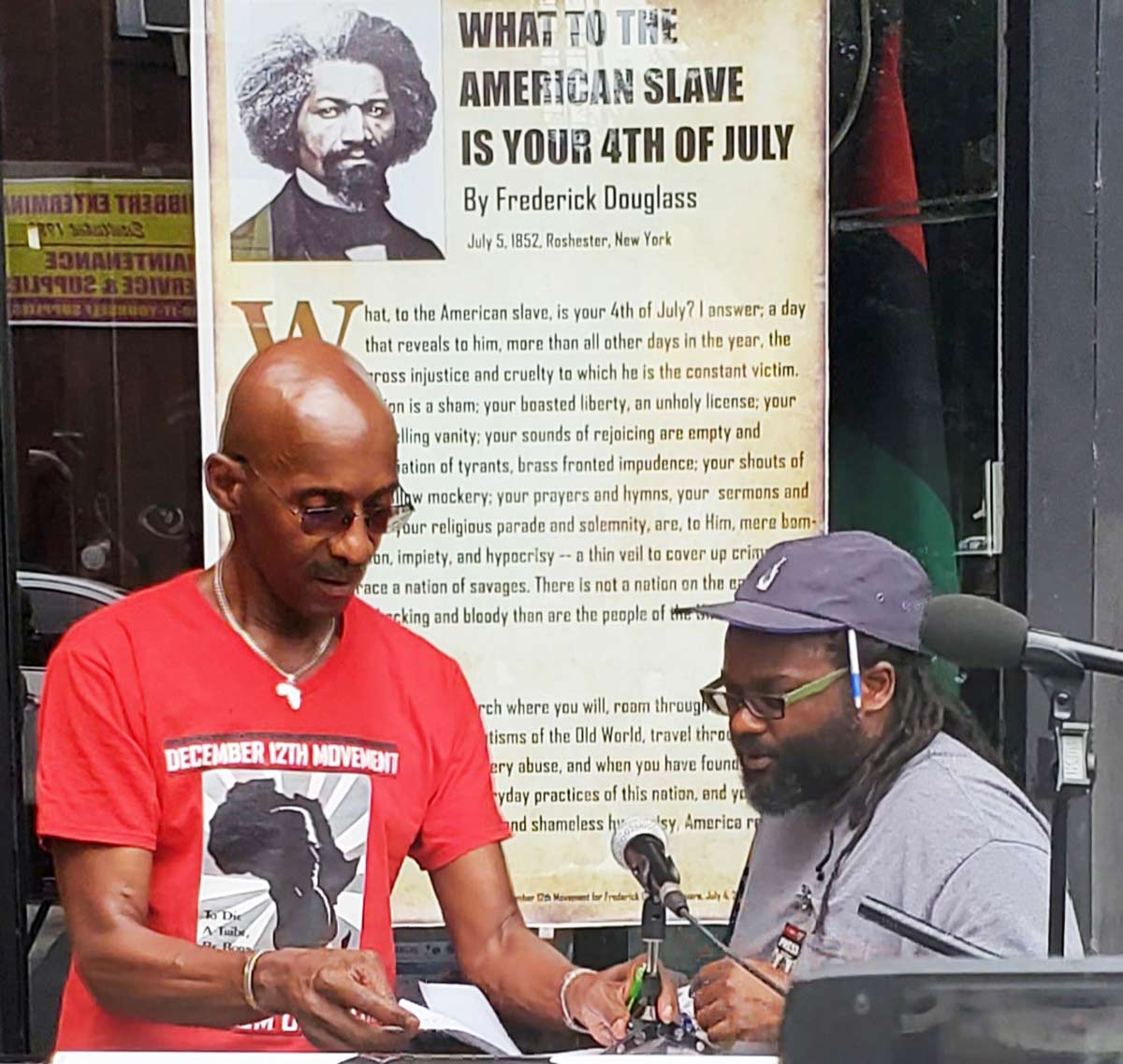 Focusing on the legal issues, Colin Pariot of National Lawyers Guild international committee explained, “The FBI has claimed that these raids were intended to root out foreign influence in U.S. policy. Specifically attacking community activists who dare to express solidarity with people oppressed by the U.S. and its allies across the globe. This is not the first time that the FBI has used these same kind of charges under the Foreign Agent Registration Act to criminalize international solidarity. But you do not have to be a foreign agent to recognize the role of U.S. imperialism to understand the material interests of communities here in the U.S. are directly tied to those of people living under the boot of imperialism around the world.”

These attacks occur now because the U.S. is in the midst of a severe political economic crisis. Domestically, the living conditions, the quality of life of most people are deteriorating. Internationally, U.S. political and economic influence is waning.” stated spokesperson Roger Wareham.

Brother Fyc, of the International Democratic Peoples UHURU Movement stated, “We say Uhuru because Uhuru means freedom and it’s used as a greeting amongst our comrades. Because freedom needs to be on our minds 24/7/365. That’s exactly why the FBI raided our offices in St. Petersburg and St. Louis. There are many different institutions that the movement has built, and these are the things that caused the FBI to come down on us.”
The Black Is Back Coalition spokesperson, Lisa Davis declared “There is no place I’d rather be this morning. Since we live under this racist, disgraceful, oppressive government. I’d rather be living free, but there is no place else I’d rather be than standing here on this side of the struggle with all my comrades. The Black Is Back Coalition is 100 % behind our Chairperson Omali Yeshitela. That vicious scurrilous attack, although nothing new, was a warning shot to let us know that COINTELPRO never went anywhere, and we know that. It is fully operating.

Next On the Supreme Court’s Kill List:
Democratic Presidential Elections