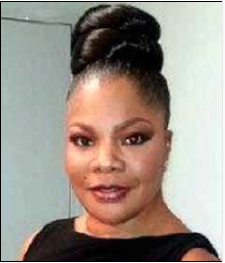 I am soooo tired of companies screaming diversity and inclusion, but it really turns out to be more talk than action. That phase is nothing more than a smoke-and-mirrors way of lulling Black folks into believing that we will be treated fairly and equitably. Netflix happens to be one such company. The streaming giant boasts, “We believe we have to work from the inside out, where if we create a space where all employees and all voices are heard, understood and appreciated – great work will happen”.

I hear violins playing in my head as I’m writing the quote. By now you realize that’s my sarcasm. While that’s admirable, I’ve gotta wonder how much of that diversity “thang” is lip service, because the fact is, none of their 16 top executives are African-American. Hmmmm… interesting. So are Black folks supposed to believe that Netflix is inclusive, but yet, there is not one Black person in a decision-making position at the top of the organization with a key to the executive bathroom!!

Not until my girl, comedian Mo’Nique, put Netflix on blast last week about offering her pennies for her comedy special but gave comedians Amy Schumer, Chris Rock and Dave Chappelle a mint for their specials; did I stop and take a look at how the company treats Black folks; in particular, Black women.

Before I go further, full disclosure: I am a “Netflix and Chill” kinda girl. When Netflix drops original series’ “Orange is the New Black”, Spike Lee’s “She’s Gotta Have It” and Michaela Coel’s “Chewing Gum” each season, I binge-watch all the episodes like a dog in heat. So, you can imagine that I was “buggin’” when Mo’Nique dropped a bomb last week on her Periscope asking us to boycott Netflix “for gender bias and color bias” for being offered only $500,000 dollars to do a comedy special, while she alleges that comedian Amy Schumer was offered $13 million dollars and comedians Chris Rock and Dave Chappelle were both paid $20 million dollars for their specials. When she and her “Husbandger” Sidney asked Netflix to explain the difference, why the money was so different? the company responded, “We believe that’s what Mo’Nique would bring”.

What #MadeMyBrainBleed was when they told her that the reason why Amy Schumer got a higher quote for her special was because she sold out Madison Square Garden and had a big movie over the summer and that Chris Rock and Dave Chappelle were legends. After watching her video and learning that they really didn’t want to pay Mo’Nique what she’s worth, I thought, “Wow! Netflix, y’all need to chill??? #DISASTER!”

Because I’m known as a very outspoken subject-matter expert in the areas of pop culture, everybody and their momma hit me up on social media asking me what I thought about the Netflix-Mo’Nique war. My response was, “I need to dig a little deeper, do some more research before I make my comment about the issue”. I began reading every article written about Mo’Nique and watching every interview with her like a starving artist. One of the most compelling interviews was with the Satellite radio show “Sway’s Universe”. Mo’Nique tore that interview up!! During the entire hour, I was hanging on her every word. When it was over, I wanted more! However, when I rose from the research ashes like a Phoenix, I was not only inspired to look at how I have allowed myself to be lowballed just to get an opportunity, I began to look at Netflix with a crooked eye. I also decided that she was totally “dissed” by them because she is a Black woman.

The coup de grace was when they had the #CLUCKING nerve to send two of their little Millennial reps to one of her comedy shows to see if they liked her first. Essentially making Mo’Nique audition. WOW!! Hella disrespectful!! The more I thought about how Netflix treated her, it became crystal clear that this issue is much, much bigger than Mo’Nique! The gender pay gap is very real for Black women in TV, film and stage. Black stars like Taraji P. Henson, Kerry Washington, Viola Davis, Tracee Ellis-Ross, Gabrielle Union are also grossly underpaid.

* Note: OTP will publish the second half of this piece in next week’s paper.