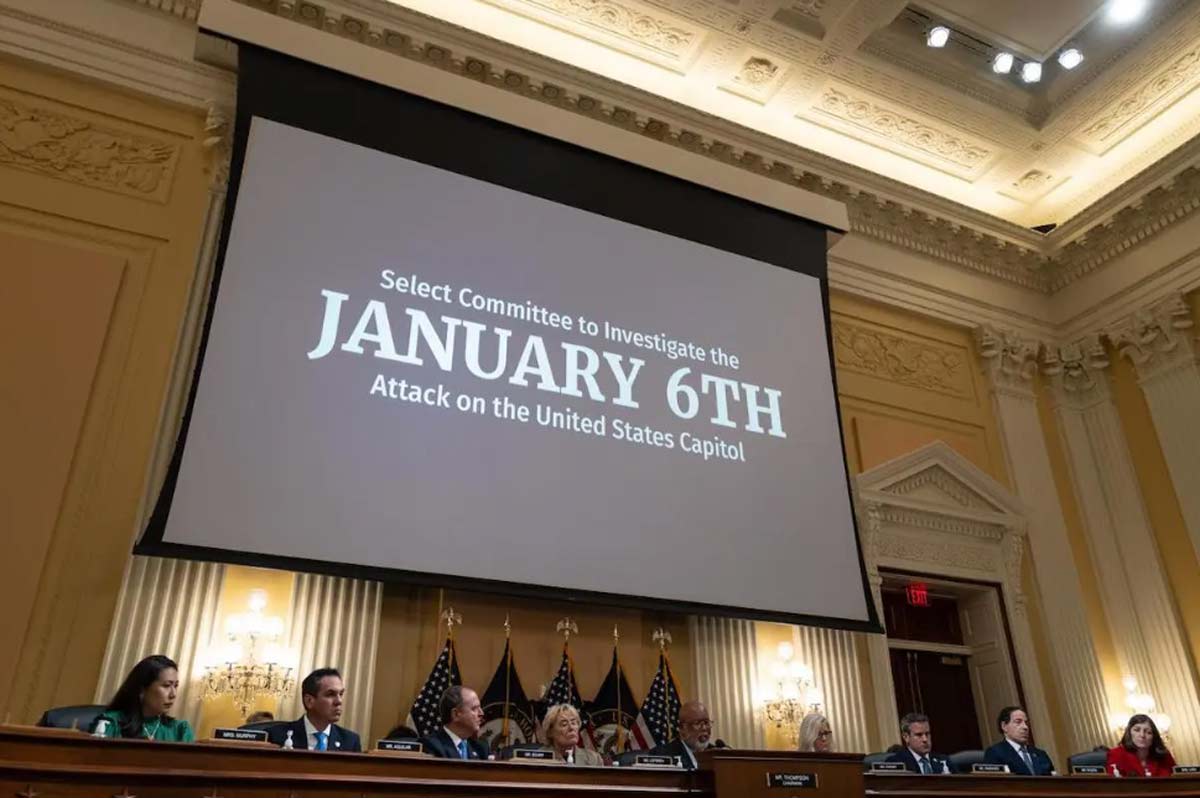 View From Here
By David Mark Greaves
The hearings of the Select Committee to Investigate the January 6th Attack on the United States Capitol, chaired by U.S. Representative Bennie G. Thompson (D-MS), are Appointment Television.  Riveting, jaw-dropping and frightening in the implications, the coverage by most all major outlets of what may prove to be the most important “mini-series” of all time: The story of a coup to take over the United States of America aided and abetted by the President of this union.

This is a miniseries that can, and we hope and pray, save the nation from falling under a despotic regime. It has everything you would want as an attention getter: a plot to take over the United States of America, led by a sociopathic President, a drunken former mayor, a woman who said, “Reasonable people” wouldn’t believe her, a pillow salesman, various slimy opportunists, political operators and assorted members of the “KKK Caucus” as Rep. Alexandria Ocasio Cortez calls its Republican members.

Right now, the committee is laying the factual groundwork for any conclusions. There are none of the usual political speeches, just the facts with the panelists answering questions and telling the story in sworn testimony. On Monday, we saw that everyone around Trump had told him he lost but each time he’d double-down on the lie that he won. He did not want any facts to impinge on either his delusion or his desire to remain in power.

The lie was also useful in raising $250 million in donations for an Official Political Defense Fund that doesn’t exist.

The committee is methodically connecting the dots and we don’t know just yet, if for the big reveal, they find coordination between Trump sending the crowd to the Capitol and the Proud Boys and Oath Keepers militia groups, who were prepositioned to breach the Capitol. When Rep. Liz Cheney says “He called the mob, lit the fuse, then sent them to the Capitol” she’s telling us what the committee has proof of. And when Republican Rick Perry says that reports from the committee that he asked for a pardon for his role in the insurrection are “shameless, soulless lies,” you can’t but be amused at what he has coming, because denial is futile. Making an assertion of requests for pardons is not an idle comment. The committee wouldn’t say it unless they could prove it. “A coup in search of a legal theory,” is how Federal District Court Judge David O. Carter in Calif. described the actions of Trump’s lawyers.

Looking ahead, Cheney outlined the topics of hearings through June, which will focus on Trump’s attempts to stay in office by pressuring the DOJ, former Vice President Mike Pence, and state officials and how he summoned a violent mob and directed them to march on the Capitol, where they obstructed the duties of the Congress. Stay tuned.