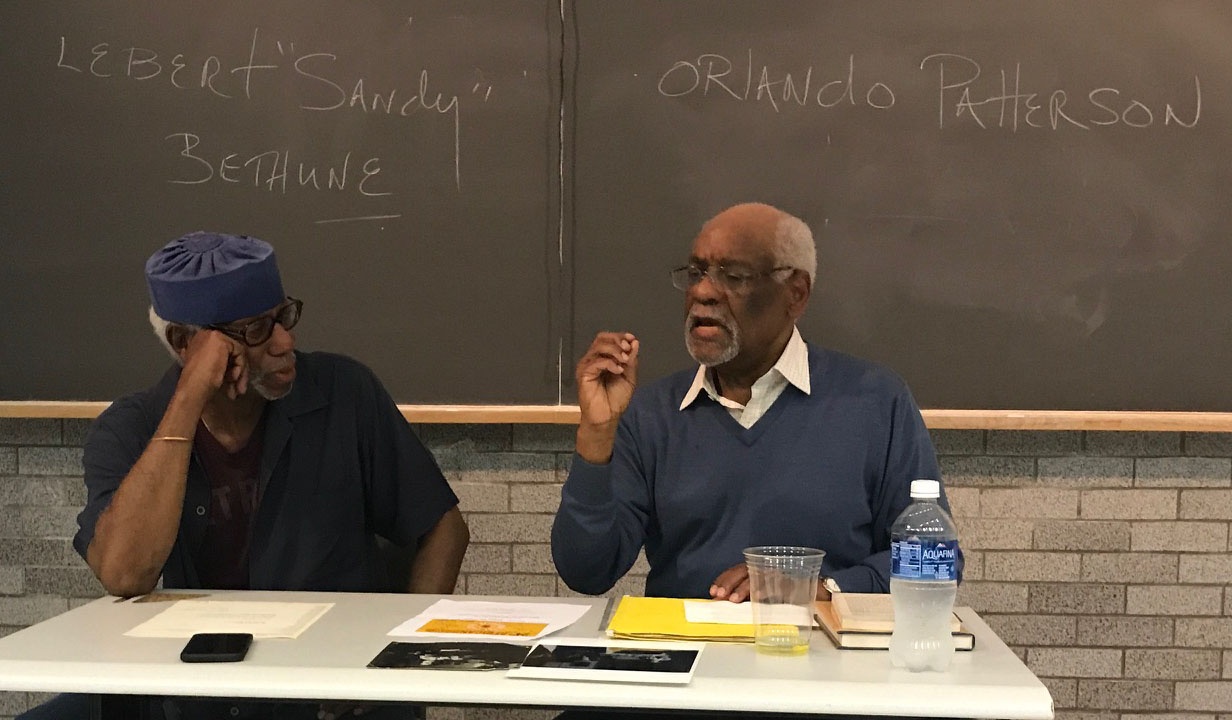 Recently, the Jamaican filmmaker, poet, author and scholar offered a talk to lucky CCNY students of journalist Herb Boyd (left), author of The Diary of Malcolm X.  Bethune spotlighted Pan-African expats during the turbulent 1960s through his acclaimed milestone documentary filmed during Malcolm X’s trip to Europe shortly before his assassination and Jojolo, a portrait of a young Haitian fashion model and actress living in cosmopolitan Paris.

Both films will be seen at Lincoln Center on Sunday with Bethune holding a Q&A discussion immediately after.   Jojolo will be shown at 6:15 pm with a Q&A period following the film.

In Malcolm X: Struggle for Freedom, Malcolm X is seen at a time when his views were evolving following worldwide travel. It features interviews filmed during Malcolm X’s trip to Europe and Africa and is interspersed with scenes of African rebellion. Months after filming, Malcolm X would be assassinated in the United States.
Advertisement

One of his most treasured memories is Bethune’s friendship and mentorship with Langston Hughes, which spanned Paris, New York and Africa’s Tanzania. Hughes even penned a poem in dedication to him. Bethune’s literary work as a writer has been featured in groundbreaking Black Arts Movement literature. He has written short stories that were included in Langston Hughes’ anthology The Best Short Stories by Negro Writers; poetry in Black Fire, edited by Larry Neal and Amiri Baraka; and an essay on Malcolm X in Europe in John Henrik Clarke’s Malcolm X: The Man and His Times.