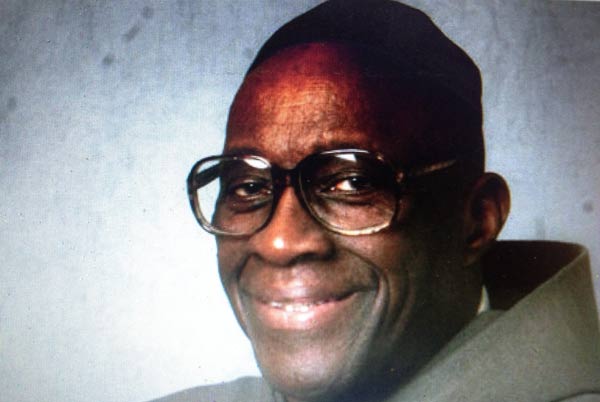 The December 25, 2021 passing of longtime Bedford Stuyvesant’s Catholic priest–Father Martin Carter, a Franciscan Friar of the Atonement, at age 91 shocked many.

Born in 1930 in rural North Carolina during the Great Depression and starting in 1950 he spent twenty five years traveling thru out the United States in search of a Catholic Diocese who would ordain him as a Catholic Priest. He was finally ordained a Priest in 1975 and served in various posts. In 1995 he was assigned to Our Lady of Victory (OLV) Catholic Parish in 1995 becoming the first Black Catholic Priest in Bed-Stuy. In the beginning it wasn’t easy; Our Lady of Victory Parish was then (and now) an overwhelming congregation of Caribbean people who openly assailed Rev Carter’s open calls for Church Members to be Black and Catholic. Many were in open revolt to Rev Carter’s decision to take brown paint to the statute of the Virgin Mary’s white face.

Rev Carter told Members that just because OLV has a Black congregation didn’t make it a Black Church, an issue that remains true even today.  Many were shocked when he openly sermonized racial issues occurring in Brooklyn and beyond. Then and now the Catholic Church had no demonstrable history of openly confronting racial issues affecting Black people; Rev Carter pushed the Catholic Church Leadership to give more Blacks positions of leadership in the Church. Today, the Brooklyn Catholic Diocese includes Brooklyn and Queens and has 218 local Parishes and about 90 of them are predominantly Black yet fewer than a dozen parishes have Black pastors. Rev. Carter was a leader among leaders. He is survived by his twin brother Gilbert who still resides in High Point North Carolina.

The WAKE and FUNERAL information is as follows: the Wake is scheduled for Friday January 7, 2022 from 10am to noon and the Funeral is set for noon and will be presided over by Brooklyn Catholic Diocese Bishop Robert Brennan. Both will be at Our Lady of Victory Catholic Church located at 583 Throop Avenue in Brooklyn NY.