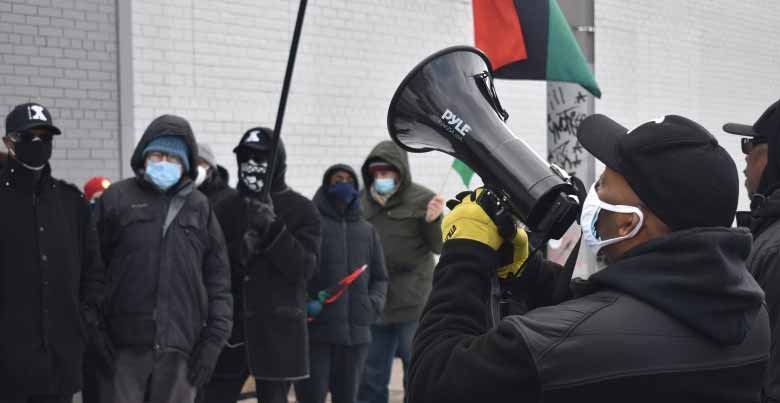 On February 11, Amazon announced its official move-in to a 90,000-square-foot distribution station at 2300 Linden Blvd, in East New York, Brooklyn. The official statement indicated the company would be open for business.

On Saturday, February 20th, community leaders, like activist Verdree Vinson of the December 12th Movement, Councilwoman Inez Barron, members of the Coalition of Black Trade Unionists and reps from other organizations sent a message to the online Tech giant challenging its working conditions and disrespect of workers’ wellness during COVID-12.
The protest rally was one of 50 actions across the nation planned by the Southern Workers Assembly, at Amazon sites. They took place in solidarity with workers at Amazon’s Bessemer, Alabama plant who are fighting to unionize. The Brooklyn rally embraced disenfranchised workers at Amazon facilities throughout the country. Reports of the conditions for Bessemer works cite unhealthy work environments and impossible time constraints and requirements.
It also is about respect, said Verdree. “People are saying enough is enough. We’ve got to stand together and say that the power lies with the people.”

He later told OTP, “Worker’s rights are human rights. We must stand with them.” Could the architects for Amazon’s future within small communities be the people who live in those communities? With worker-rights solidarity rallies going on around the country and community leaders speaking in unison with people like Verdree, the answer is evident.
Verdree informed that the next rally would be held at Whole Foods in Manhattan, this Sunday, February 28 at 2:00pm.

New York Attorney General Letitia James filed a lawsuit against Amazon last week over safety conditions during the pandemic and the company retaliatory actions against employees for speaking out. “Since the pandemic began,” she said “it is clear that Amazon has valued profit over people and has failed to ensure the health and safety of its workers.” In a statement, she noted that Amazon CEO Jeff Bezos’ net worth reportedly grew about $70 billion in 2020.