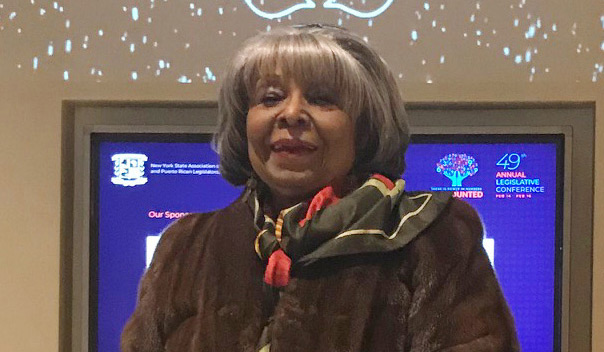 David Mark Greaves, OTP: What panel was most compelling for you?

Staton: This year, one of the main focuses of the (Iowa) Caucus was the Census. Although it’s not legally based, it is certainly community based and my organization does a lot of community workshops and outreach in the community.

OTP: What are the important elements of the Census? Why is it so important that people keep emphasizing it?
Staton: It’s important because it controls everything about what happens in our communities.; how much money we get for our school systems, for our hospitals, how many people are representing us. Now, it’s more than half of what we used to have and we’re in danger of losing 2 more if the people don’t register, which means that we don’t have people in Washington representing us and advocating for us and the communities. It funds the police; it funds everything, and we lose millions and millions of dollars when people don’t register. It’s very critical but also very scary for a number of the people this year, especially immigrants.
A lot of people don’t know that there’s not a question about your immigrant status anymore. They don’t understand the confidentiality of the Census–meaning that whatever you put on it will not be revealed to ICE or any of the other government agencies. They’re frightened. So, we have to try to educate the public to let them know that they don’t have to be afraid.
In Bed-Stuy and all around, they have these large buildings going up, but people are not living in them now, but in the next 10 years they will be in those buildings and have to be provided with all of the services, but if only say 60% of our people register at the Census, we’re getting 60% instead of 100% of the resources we should be getting for police and education and hospitals and all when those buildings fill up.
They will have to share that same 60%. So, it gets worse as you project onto the next 10 years because this is the Census that won’t be taken for the next 10 years. So, whatever resources–whether it’s 40, 50, 60, whatever percent of people register and whatever percent of people register and whatever percent of the resources that we get–will be shared with the 100% of the people who live in these communities.
So, when you look at it, bit by bit, you can see how important it is and people have to understand. People can go to 2020census.gov that explains everything you need to know about the Census. There are only 10 questions. Only 10 questions. You can do it if you do it by April 1st. You can do it via the Internet, the phone or the mail. So, people are now afraid. If you’re an immigrant, somebody knocks on your door you don’t know they’re a Census taker. You might think it’s ICE. So, you’ll be afraid to even open your door, but you don’t have to open your door if you do it over the Internet or over the phone or by mail. All of this can be explained to them if they go on the Census website. You don’t really have to open your door because people are afraid.
I’ve been looking at it because even though you know my organization, which has to be my booker of legal services, because we get federal funding, we cannot do a lot of stuff. We can’t represent immigrants. But we can educate people about the Census because it’s so important to our constituencies, our low-income people and to the whole of New York.
The Black and Puerto Rican Caucus Weekend educates people throughout New York State.

“Hold On… Change Is Coming”