‘It’s personal to me’: 11th-hour signing of HALT Act praised by advocate
Advertisement 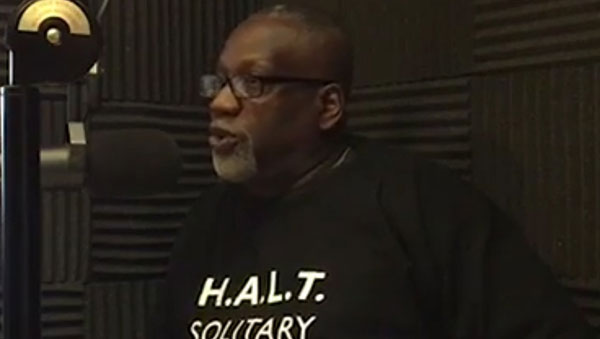 Solitary confinement reform is personal for Jerome Wright, a statewide organizer for the HALT (Humane Alternatives to Long-Term) Solitary Confinement Act campaign who served 33 years in prison. The measure restricts the amount of days an inmate spends in solitary confinement, as well as prohibiting the practice to vulnerable populations and providing rehabilitative services to those released from solitary.

Also personal to Wright is fighting for parole reform and other facets of the criminal justice system.

“I am still on life parole at 12 years after being released,” he said. “(It’s) personal to me because I have friends and family who suffer under a parole system that is not what it’s supposed to be, does not afford the type of transitioning that it espouses. So, yeah, there’s much more. There are so many issues in the criminal justice arena that need to be dealt with. HALT was the first, but it won’t be the last.”

JEROME WRIGHT – Western NY CAIC Organizer – Jerome is a returning citizen who spent 30 years in prison. Since his release, he worked at: Back to Basics Outreach Ministries with their Youth Intervention Program where he eventually became Program Director; the Center for Employment Opportunities (CEO) as Site Supervisor and Life Enrichment Class facilitator, training, teaching and supervising people on parole and probation on work assignments; providing mentoring, tutoring and behavior modification training to at risk youth in Buffalo and Rochester. At his church, Elim Christian Fellowship, where he was ordained as a Deacon in 2012, he continues to do community outreach/advocacy, and serves as a facilitator/trainer in the Restorative Justice initiative.

The below is from an interview with  Elizabeth Press for the Hudson Mohawk Magazine on the Sanctuary for Independent Media:

Elizabeth Press: What’s it like to be in solitary?

Jerome Wright:  It’s a 6’ x 9’ average cell.  However, in this cell you have no personal property, you have a bed and toilet/sink contraption, you’re there for up to 23-hours a day, with no education, no therapy, no treatment, no religious services, no congregating activities.

The people of this country just lost their collective minds when we were held hostage by the Coronavirus.  Covid-19 forced people to socially distance, physically distance, be mentally quarantined and isolated, in their own homes, and people lost their minds.  They had the creature comforts of home, the TV, DVD, all of this stuff, games, family, their own food.  And still they risked their lives and everybody else’s life, to get out of that situation, because they were going stir-crazy.

There but for the grace of God I didn’t harm myself, but there are so many others who did.  And there are so many who would continue to do that until this law is enacted.  And that’s what we’ve got to stop.  We’ve got to stop torturing.  We couldn’t put an animal, you couldn’t leave your dog in  a cage all day without the ASPCA getting you fined or locked up.  We do that to human beings every day.  Men, women and children. That is wrong.  That’s why we have to stop solitary completely.  This is just the first step.

This was a human right crisis. And human beings stood up together regardless of race, creed, religion, socioeconomic status and we all said this is wrong.  Don’t do it in my name.

There are more things wrong with this country that we all need to stand up for. HALT is an example of what can happen when we stand up together.  Let’s continue to do so.”