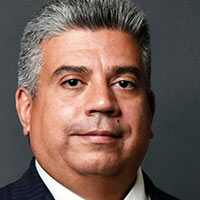 Brooklyn District Attorney Eric Gonzalez today announced that his Conviction Review Unit will be asking the Court to vacate and dismiss 27 felony convictions and 63 misdemeanor convictions that were directly based on the work of former undercover New York City Police Department Detective Joseph Franco. The former detective has been indicted in Manhattan for perjury, official misconduct and other charges in connection with four incidents whereby he allegedly framed numerous individuals for making narcotics transactions. A review by Brooklyn’s CRU did not uncover misconduct, but the District Attorney has lost confidence in cases where the detective was an essential witness, i.e., cases that could not have been prosecuted without him, and is requesting that those convictions be dismissed.

District Attorney Gonzalez said, “Knowingly and repeatedly framing innocent people obliterates the credibility of any police officer and proving perjury in such circumstances is rare. After a grand jury reviewed the evidence and indicted former Detective Franco, I have lost confidence in his work. His cases in Brooklyn are over a decade old, which limited our ability to reinvestigate them, but I cannot in good faith stand by convictions that principally relied on his testimony. Integrity and credibility are at the heart of the justice system and prerequisites for community trust.”

The District Attorney’s Office today is asking Brooklyn Supreme Court Justice Matthew D’Emic to vacate 27 felony convictions (plus 13 misdemeanor convictions that were taken in Supreme Court), mostly for criminal sale of a controlled substance in the third or fifth degree, and to dismiss the underlying indictments. It is also asking Criminal Court Judge Keshia Espinal to vacate 50 misdemeanor convictions, mostly for criminal possession of a controlled substance in the seventh degree, and to dismiss the underlying complaints. The dismissals are pursuant to a writ of error coram nobis and the court proceedings are expected to continue over the next few days. In all, 27 felony convictions and 63 misdemeanor convictions will be vacated.

Those cases stemmed from arrests that happened when Det. Franco was assigned to Brooklyn commands, between 2004 and 2011. All but one of the 90 convictions were obtained by way of a guilty plea. Most of those convicted for a felony were sentenced to between six months and a year in jail, with the longest sentence being three years in prison. Most of those convicted for a misdemeanor were sentenced to terms ranging from time served to 90 days in jail.

The Conviction Review Unit reviewed all convictions where Det. Franco was involved. Cases where he was the primary undercover and his testimony was necessary for a potential hearing or trial were flagged for dismissal. Defense lawyers and the Court have been notified of the new allegations and the dismissals.

‘It’s personal to me’: 11th-hour signing of HALT Act praised by advocate