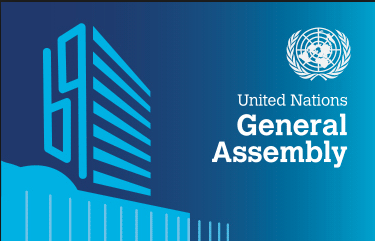 On Saturday, September 22, 2018, the December 12th Movement International Secretariat will sponsor a Pan-African Zimbabwe Support March and Rally welcoming the newly elected President Emmerson D. Mnangagwa and the Zimbabwe African National Union Patriotic Front Party (ZANU-PF) to the United Nations General Assembly. The march and rally will assemble on the corner of 125th Street and Adam Clayton Powell, Jr. in Harlem at 12:00PM.

President Mnangagwa and ZANU-PF won an overwhelming victory in the recent free and fair elections by the people of Zimbabwe who continue to be uncompromising in their commitment to Zimbabwe’s sovereignty and independence. ZANU-PF has established economic development and land redistribution in the interest of the indigenous people and maintain that “Zimbabwe will never be a colony again!”

Members of the December 12th Movement were on the ground as an official observer delegation authorized by the Zimbabwe Electoral Commission during the recent Zimbabwe Harmonized Elections of the President and Parliament held on July 30, 2018. The principal parties in contention were the Zimbabwe African National Union – Patriotic Front (ZANU-PF) and the Movement for Democratic Change Alliance (MDC-Alliance).

The delegation included Viola Plummer, Chairperson of the December 12th Movement, Colette Pean, Omowale Clay and international human rights attorney Roger S. Wareham. “The elections were observed by national delegations from around the world. Our observations of many poll sites reflected a well-organized process. Every detail was witnessed and signed by every party,” said Attorney Wareham. “We were there for the duration. The overwhelming majority of international observers declared the elections free and fair. President Mnangagwa won the Presidency with over 50% of the vote and ZANU-PF won the majority of the Parliament seats.”

“The December 12th Movement maintains our support for ZANU-PF and the people of Zimbabwe and demand an end to the illegal economic sanctions implemented by the United States Zimbabwe Democracy and Economic Recovery Act (ZDERA), and the recent amendment by President Trump which stiffens the undermining of the self-determination of Zimbabwe and land reform in Africa,” Wareham said.

The Weapon of US Economic Sanctions and the Situation in Zimbabwe