End of the Year
Advertisement 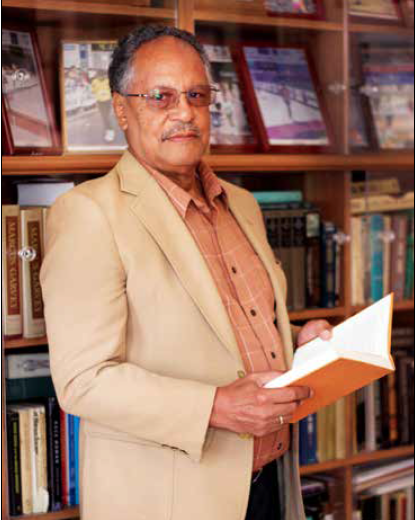 Discrimination led to the development of self-sufficiency. Booker T. Washington spoke about the need for African-Americans dominating certain industries in which we had some involvement, experience, expertise such as the service industry. Washington believed that if we monopolized a market it would ensure greater economic development by making other people depend on us. For example, he made reference to the ice industry, coal, mills to grind corn, barley, wheat, etc. Control of these industries would mean greater economic development. Washington’s belief was to, “Make people depend upon you the way you are dependent upon them”. Booker T. Washington had influenced the leaders that followed him like Marcus Garvey, Elijah Muhammad and Malcolm X. Garvey focused on the control of the businesses in our community. He developed doll factories, hats for church and other industries that the community could patronize. Booker T. Washington had also stated the National Negro Business League in 1900, which had branches all over the country. The focus was on economic independence within the Black community.

We can learn from other ethnic groups that are currently here who may not be familiar with the American way of life but who have nevertheless created businesses that can serve them. Example, West African immigrants have started cab companies, restaurants, money transfers, hair-braiding salons that benefit themselves and serves the larger community. Asians tend to support businesses run by their ethnic group. Ethnic groups in America tend to stick together and support each other’s businesses. They understand that the group (community) survives, not the individual. However, African-Americans today tend to think as individuals and don’t understand that individualism will not enable us to develop community economic empowerment. As a group, we have not learned the lessons from history which have enabled us to thrive during times of injustice (i.e., segregation, racism, Jim Crow).

For example, while African-Americans protested their treatment by some Korean store owners which led to the closure of these establishments, we failed to take ownership of that same establishment. This led to yet another Korean business opening up in the same spot. The economic resources of our community are still being diverted from our community and not reciprocated by others whom we support. We should be controlling these businesses. Immigrants also pool their resources together, aka sousous, that enable them to finance each other’s businesses without depending on mainstream banking that they may not qualify for. This strategy is used to provide employment opportunities for others within their group who might be subject to discrimination by people outside of their community.

A phrase used in the early 1900s to 1960s in the Black community, known as “Double-duty dollar”, meant that the money should stay in the community and exchange hands at least four or five times before it leaves the community.   It was an earlier form of the “Don’t work where you can’t buy campaign” in the 1930s. If you spend your money with people who look like you and who buy from you, it enables you and others in the community to benefit.

So far, the only two industries that Blacks consistently support within our community are beauty parlors and barber shops. Although, the beauty supply and nail care industry are still dominated by Asian merchants.

Consider the creation of cooperatives such as savings and loans, food co-ops and sustain buy Black campaigns throughout the year for essentials and livelihood.

There’s a need for African-American organizations, churches, fraternities, sororities, labor unions to strategize together to create small businesses and sustain them.

The key is to organize and sustain our businesses using the lessons of our ancestors and the strategies that were laid out by our leaders and thinkers (Booker T. Washington, Dr. Carter G. Woodson, Garvey, Elijah Muhammad, Malcolm X).

We are trying to be capitalists without the capital. Capitalism is based on profits. Some of us start businesses without understanding the forces of economics, which means that you might have to sustain losses before profits, rents may increase at any time, and that the needs of the market may change. “You can’t sell umbrellas on a sunny day.” You have to know your target market interests and cater to them to sustain and maintain businesses in our community. We need to sustain business ownership in our community. We also have to support the existing businesses so that they survive and thrive.

Having Good Health Above the Neck is a Right