Having Good Health Above the Neck is a Right
Advertisement 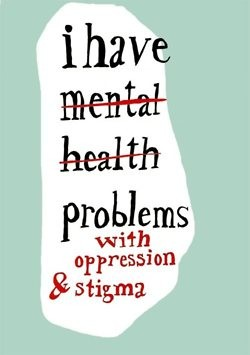 It is the middle of December where the days are shorter and it is dark before 5:00 PM. Many people deal with the mental low called “Winter Blues”. They wait for the onset of spring that brings longer daylight hours. For some people, the winter blues are experienced all 365 days of a year. The blues can take the form of depression, anxiety or other mental or emotional distress.

The last #BHeard Town Hall held at BRIC Art Media House on December 13, 2017 brought together professionals from the medical, legal and media fields to talk about “Mental Health as a Civil Right”–civil right in terms of the rights of people struggling with mental illness; the right to be regarded as a person; one’s legal rights and access to therapeutic options.

Brian Vines, the moderator of #BHeard Town Halls, led a conversation between the panelists consisting of:

Ashley Ford, Writer and Host of 112BK; and the live audience.

Vines opened the panel discussion by asking, “Why should mental health be associated with civil rights?” Jonah Bossewitch explained, “People with mental conditions are categorically considered irrational and therefore put outside of the conversation. [ However,] they have the civil right to determine where and how folks with mental health conditions can claim a voice”. Bossewitch encapsulated the position by saying, “Nothing about us without us”.

Dr. Maysa Akbar contended, “Everyone should be mentally and emotionally stable and have access to care. The medical field ought to serve as a partner in the client’s journey, partnering with them in their struggle for mental health”. Akbar stressed access to the gamut of therapies for all clients.

Orlando Mendoza provided a historic review of mental health services in New York City. He said, “In the past, electric shock and lobotomy were common practices. During the 60s and 70s, patients were discharged from institutions; however, there were insufficient outpatient facilities and funding to do so. Mendoza explained the current conditions were not much better. He said, “The street homeless are overpopulating the city’s homeless shelter and criminal justice systems”. The public needs to consider this situation and think carefully about ways to effectively address matters. Mendoza stated, “As of 2017, 40% of Rikers Island’s population has been diagnosed with a mental illness”.

There were many intersections between the panelists’ viewpoints. The concern about the reliance on pharmaceuticals and the age when they are first administered were brought to light by Bossewitch. “The age when pharmaceuticals are prescribed gets younger. There are children 12 years, 8 years and 4 years of age who don’t remember when they weren’t medicated.” He suggests that “friends become the medicine. It may be hard for readers to believe but “over 80,000 infants under one year of age are on antipsychotics”. It is hard to fathom the kind of blood chemistry and nature of the anatomy these infants have.

Akeem Browder, Executive Director of the Kalief Browder Foundation, asserts people must make time for self-care and involvement with other people. He contends, “Life is becoming the barrier to accessing mental health options”. Browder uses the word life to mean a job, bills to pay and meetings to attend.

An audience member questioned the validity of the Diagnostic Statistical Manual (DSM). Browder said, “The book is a deviant tool. It is very biased. For example, 88% of those diagnosed with PTSD are white. There is more money thrown at that diagnosis whereas the paranoid schizophrenia diagnosis does not have the same access to alternatives to care…It is hard to breach DSM”. Browder said, “The community of care must move from conversation to action”.

Another panelist, Ashley Ford, wants to take the stigma away from mental health issues. Ford explained that she scheduled a therapy session on her 18th birthday. “I knew something was wrong.” Ford knew also that her mother had been opposed to therapy and, therefore, waited to be of legal age. She asked everyone, “How can we affect change in our families?” She contends, “Shame in the light doesn’t grow and fresh air kills it”. Ford challenged people to “learn how to be allies for people with mental illness”.

Dr. Akbar shared a stunning discovery during her discussion on the impact of trauma. Akbar said, “Trauma started in 1619 when the first group of [enslaved] Africans came to America. The medical field has identified the FKBP5 gene underpinning that is mutated as a result of slavery and mental illness”.

End of the Year

A Bit about Bitcoin