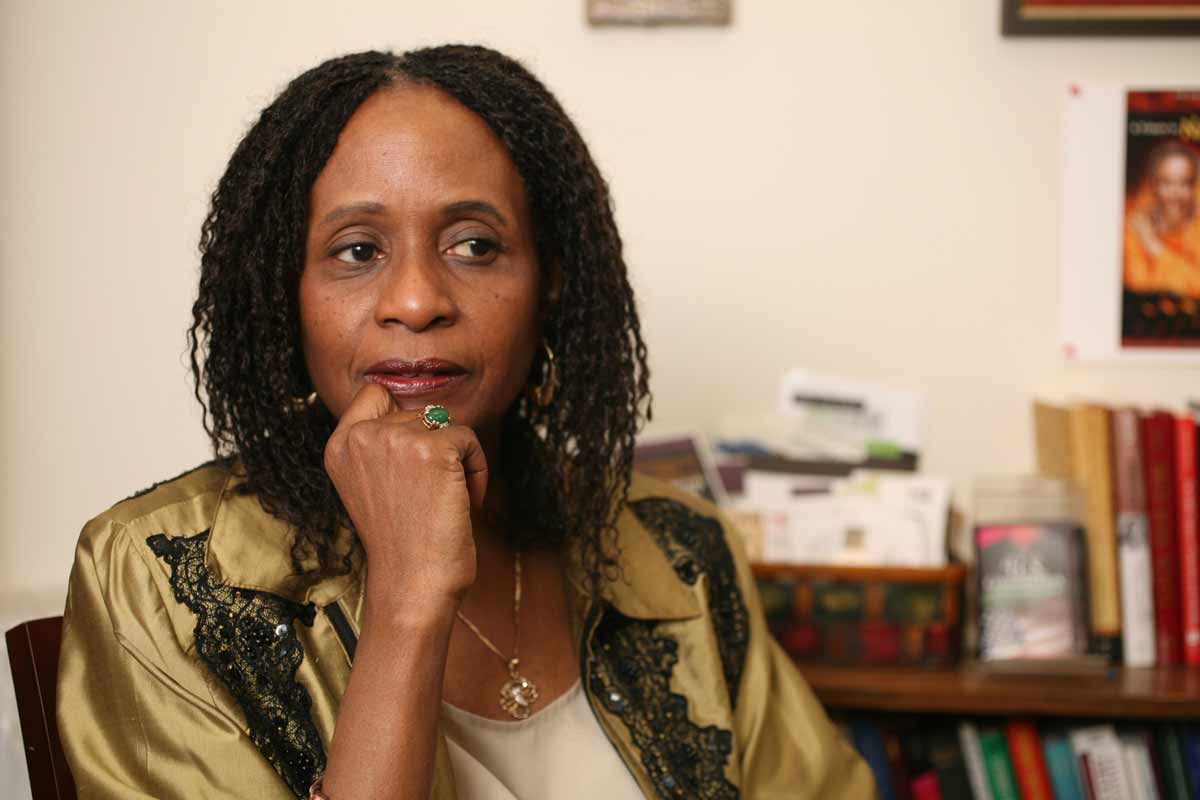 By Maitefa Angaza
The National Black Writers Conference (NBWC) returns March 30th – April 2nd courtesy of the Center for Black Literature, founded 20 years ago by Dr. Brenda Greene at Medgar Evers College. The conference brings together celebrated and emerging novelists, nonfiction writers, poets, literary scholars and others who love reading and writing. In person it’s always electric, with readings panels, discussions, music and other performances, an awards ceremony, classroom Talkshops, and more. This year marks the second conference to convene online. Happily, the quality and quantity of offerings on the virtual lineup hasn’t diminished, nor has the enlightening and entertaining experience attendees will enjoy.
We have Dr. Greene and her team to thank for this jewel in Brooklyn’s crown. She’s the founder and executive director of the college’s Center for Black Literature, celebrating its 20th anniversary this year. She created the Center as a way of safeguarding the NBWC birthed by Dr. John Oliver Killens, a professor at MEC from 1981-1987. He sought to bring an annual national conference for Black writers there, as he’d done previously at Howard University and The New School, Greene was a faculty member in the Humanities Division at the college when the first Conference was held in 1986.

“Dr. Killens had the kind of personality and reach,” Greene recalls, “that he could pick up the phone to any of the major writers and call them and say, ‘I want you to come to the conference.’ So at that first one we had Gwendolyn Brooks, Maya Angelou, Paule Marshall… and Maya was our first chair.”

Greene was appointed Conference coordinator, responsible for following up with writers and making travel and lodging arrangements. Sadly, Killens died the year after that first NBWC and would not see its amazing growth and impact. The next conference was convened in 1988, then ‘91, then ‘96 and 2000, by which time Dr. Greene had succeeded Dr. Elizabeth Nuñez as director.

“We didn’t have the capacity to have the conference every year, although that was John’s wish,” said Greene. “We also needed a way to institutionalize it so we didn’t have to wait every three or four years to host another one. So I went on sabbatical and wrote a proposal to found the Center for Black Literature and an English B.A. program. I was also manager of Nkiru Books, which was bought by Talib Kweli and Yasiin Bey, formerly Mos Def. That helped me to continue networking and reaching out to the writers.”

The Center was approved by CUNY in 2002 to house the NBWC as well as other literary programs. It was modeled primarily after the Gwendolyn Brooks Center for Black Literature and Creative Writing founded by Dr. Haki Madhubuti at Chicago State. An annual NBWC continued to pose a challenge however, considering the other programs the Center wanted to introduce and nurture. Greene and her innovative colleagues hit the ground running in 2003, creating several new programs that year.
“We do so much more than the conference,” said Greene. “We have the Wild Seeds Writers Retreat, named in honor of Octavia Butler and open to the public. There’s the Dr. Edith Rock Writing Workshop for Elders, our youth program, Revisioning Our Lives Through Literature (R.O.L.L), and I started the radio show “Writers on Writing,” Sundays on WNYE 91.5 FM, 7-7:30 p.m.” And there are others as well.

“When Covid hit… people were afraid, people were grieving… I had always wanted to start a book club and said, ‘This is the time.’ So we started the Center for Black Literature Book Club in May of 2020. We meet the last Wednesday of each month and it’s open to the general public. This year we’ve selected the books that will be read through the end of August.”
Determined that the Center’s programs and events would not fall victim to the pandemic, the March, 2020 NBWC was rescheduled to that November, with a virtual conference backup plan. A virtual events manager was hired who found platforms best suitable to the event. She also helped organizers present events leading up to the NBWC in order to trouble-shoot before the big event. A new and smoothly navigable website was developed and social media outreach and marketing expanded. People across the world were newly able to attend the NBWC and take advantage of all that is available in the virtual space.

The ultra-busy Greene is also excited about the Center’s 20th Anniversary Jubilee, to be held October 2oth at the college. The fundraiser will feature reflections from our past honorees and showcase the winners of the Center’s new national writer’s contest for college students and high-school students. This will be held in person at Medgar Evers College on the evening of October 20th.

“John Oliver Killens was an activist, and he was so encouraging and nurturing of writers,” said Greene. “I wanted to be part of that experience.” She has achieved that with the Center, which has gone on to bring the NBWC to Sacramento State, Hunter College and other venues and also in collaboration with the College Language Association.
Greene feels confident in the Center’s future due to the regard the current MEC president has for it.

“The Center for Black Literature and the Conference are thoroughly supported by our current president. Patricia Ramsey. We haven’t had that kind of support in the last decade. She’s the sixth president and first female is committed to working with us to secure more funding. She understands that MEC has a mission of social justice and believes the Center for Black Literature is integral to that mission.”

This support is galvanizing to Greene and her team, as it helps them to move forward with confidence as they dream and work for the Center.
“The energy, the intellectual atmosphere, and the conversations that happen at our conference is so different from where we have more than just a few Black people on a panel. It’s vital that we continue to sustain that.”

Writers come and they participate, not for the money, but because they’re committed to the vision.”
They’re following the lead of Dr. Greene. Although Dr. Clarence Reynolds, her longtime colleague, is now, with her blessings, the Center’s current director, she’s still working hard for it and remains energetically committed to the vision.

A description of all Center for Black Literature programs, including the Conference and the retreat and the book club, is listed on its website, along with many previous events recorded for viewing free of charge. A full listing of conference themes, honorees and symposium topics over the years can be found on the Center’s Wikipedia page.