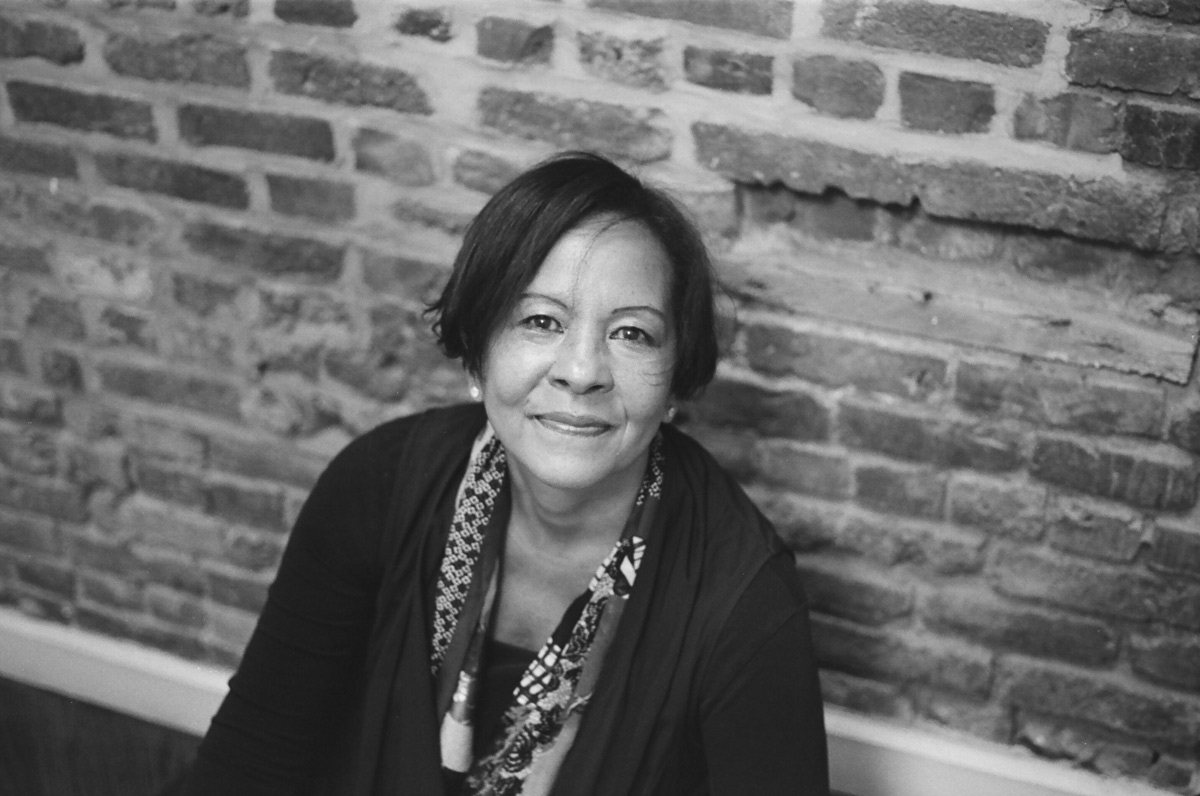 At age 60, when most people retire, Sylvia Wong Lewis visualized a new career.
However, to tell her multicultural family story she decided to use the medium of film. “From Shanghai to Harlem” traces her Black and Chinese, Southern and Caribbean family’s immigration and migration story from Shanghai, Trinidad, Mississippi, Louisiana to Harlem. It was a hit at film festivals and scooped up awards.

To give emerging and established mature women filmmakers an opportunity to tell their stories in film, she created the AuntyLand Film Festival (ALFF), which is available to the public online March 8-31 in honor of Women’s History Month. The slate includes 19 narrative short independent films, 20 minutes or less, from women and BIPOC filmmakers. ALFF has interactive, live filmmaker talkback Q&A sessions. The film themes are Arts, Society & Experimental; Romance, Culture & Comedy and Global, Environment & Activism.

“I think mature women have interesting stories. You’ve traveled a lot, seen a lot and done a lot. It should be valued,” said Lewis. “Once you reach 50, you realize that you have this superpower where you don’t care what people think. You have this superpower to change the narrative. We can see through the patriarchal false scripts that are out there. So, we need to tell our story, show our story and write our story. Show the full sweep of womanhood and the life of people of color.”

Lewis’ inspiration to create ALFF was her husband, Bryon Lewis, the legendary founder of UniWorld Group, which was the largest African American advertising agency in the country. He is also considered “The Grandfather of Black film festivals” as the founder of the Acapulco Black Film Festival, now called the American Black Film Festival, which he sold to Jeff Friday. “I dedicate ALFF to Byron,” she said. “He introduced me to my first film festival.”

While ABFF is a destination high-power event packed with mega stars, VIP screenings, business networking and workshops, the AuntyLand Film Festival is an intimate cultural online event with short films by mature women.

“I wanted to bring filmmakers together to share their stories and promote their films with the general public. I use the culture as a lens,” said Lewis. “Want to use the multicultural stories and cultures to tell stories. I believe the stories can help people. I think we need to leave our cultural footprint in cinema and film. I want to leave a legacy and help others to leave a legacy.”

Through Auntyland, Lewis honors women elders who are an important part of the fabric that holds Black culture together. “I wanted to give tribute to the people in the community who I called Auntie. Who were not my aunts, but they I called them on Auntie,” she explained. “And I wanted to give recognition to my aunts, who helped me. They intervened in my life in good ways. They were like other mothers to me.”

The organization team for ALFF are curators/judges, who are filmmakers and multimedia creatives,  Louise Fleming, Yoko Lytle and Marjorie Clarke. The moderators for the filmmaker talkback Q&A sessions are award-winning filmmakers O.Funmilayo Makarah and Shannon Joy Shird.

Some of the ALFF films include: “Miss Alma Thomas: A Life in Color,” the first documentary to explore Alma Thomas’ life as a Black woman artist who re-started in her 60s by Jon Gann. “Carnival Queens,” a work-in-progress about Caribbean American women at the famed West Indian Day Parade by Tiffany Bradley. “Weep Not,” a story about trauma and reclamation by Lenore Thomas Douglas.

“I think that creative people are the best people,” said Lewis. “Because of our artistic and creative energies, I think that we have superpowers that can bring more positive change to the world. That’s why I’m doing this AuntyLand Film Festival.”

The full ALFF lineup will be available on Vimeo, 24/7 for the 24-day festival. available on the festival’s YouTube Channel. For more information, visit https://www.auntylandfilmfest.org.

Dr. Brenda Greene Made Brooklyn
a Magnet for Black Writers

Photographer Chester Higgins, Jr. Has a Spiritual Journey in The Sacred Nile