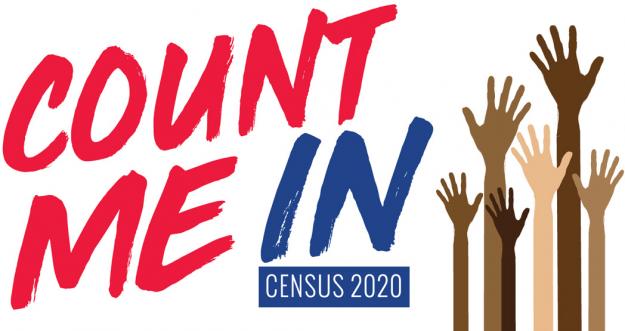 Even as New Yorkers fight the COVID pandemic, another battle looms—making sure that we’re treated fairly in the 2020 Census.
What’s at stake? For starters, billions of dollars in federal aid for health, education, social services and more. The Census will also affect the power of our votes in future elections—determining how many congressional seats New York State gets and where the lines are drawn around our state and local legislative districts. Now, more than ever, the census really counts for every New Yorker.

An accurate census count during a pandemic was always going to be difficult, but the Trump Administration has made the process even tougher. After the president lost in his bid to add a citizenship question to the 2020 Census, he spent months disparaging immigrant communities and sowing confusion about their right to be counted.
Now, President Trump has directed the Commerce Department to provide him with the data to erase undocumented immigrants from the state population totals that determine how many congressional seats each state gets.

The president’s directive doesn’t just disenfranchise millions of our neighbors—it could also cost New York congressional seats, chipping away at our state’s national influence. New York State is home to two million foreign-born non-citizens: about one in 10 New Yorkers. New York City officials estimate that there are more than half a million undocumented immigrants in the city alone. Erasing these populations deeply skews our state’s count.
The president’s directive flies in the face of America’s history and guiding principles. From the very first census in 1790, citizens and non-citizens alike have been counted in the census and included in state population counts. In fact, the U.S. Constitution requires that all “persons” who reside in the United States be counted in the census for the purpose of determining the number of seats each state is to receive in the House of Representatives. The 14th Amendment also requires the counting of the “whole number of persons in each state.”
Even more egregious, under federal law, the president does not have legal authority over the census—Congress does. It’s highly likely that the courts will reverse the president’s latest action. New York Attorney General Letitia James, who led the fight against the citizenship question in the courts last year, is taking the lead challenging the president’s census maneuvers in court once again. Other challenges are pending in federal courts across the nation.

Still, even if the president loses in court, the fallout will cause lasting harm. News about the recent directive has added to confusion in our communities and undermined some residents’ confidence in the integrity of the process.
That’s why our actions in the weeks ahead are critical. Currently, New York household response rates are well below those for the 2010 Census. Just over half of New York City’s residents have responded to the 2020 Census. In Brooklyn, only 51.2 percent of the borough’s households have responded, compared with the borough’s 57.2 percent 2010 household response rate.

Every New Yorker should make sure they are counted now. If you haven’t answered the census yet, you can still self-respond until the end of October. Complete the census by phone at (844) 330-2020 or online at my2020census.gov. You can also complete and mail back the paper questionnaire sent to your household. And encourage your neighbors to fill out their census form too. Beginning on August 11, Census Bureau workers will go door-to-door to count those who have not responded yet—another opportunity to be counted.
Taking 10 minutes to answer 10 questions has never been more important. No one—especially not the president—should be allowed to intimidate any New Yorker into losing their lawful right to be counted. The next decade depends on it.
Jeffrey M. Wice is an Adjunct Professor and Senior Fellow at New York Law School. He has been assisting Brooklyn Borough President Eric Adams’ Census 2020 complete count committee.

Just a thought … A Topical Solution: Hand Sanitizer as an Industry