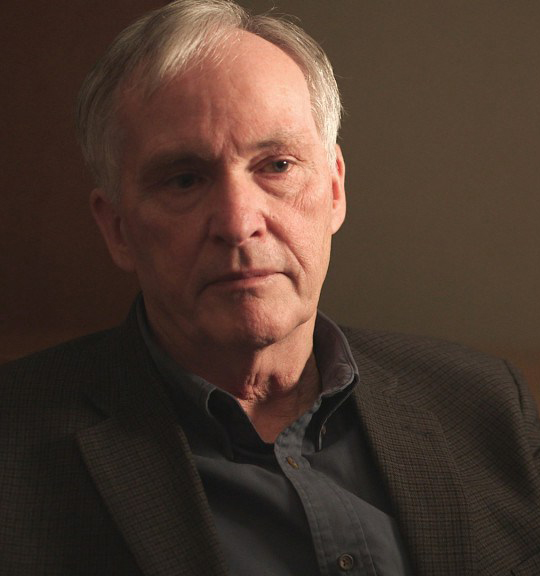 NYC Corrections Commissioner Joseph Ponte in Deep-Dive conversation about a System he helped to improve Part II of II-Part Interview.

OTP Editor David Greaves: Rikers. Looking back at some reports over the last year or so, looks like you guys have some challenges.

Commissioner:                      We spent several months just kind of doing a very deep dive into the organization. I wanted to build off of what other people had done before. We found that City Hall, the City Council, nobody had any information on what things needed to be done in order to fix the issues in the New York City Department of Corrections. There was no overall plan.

So we issued a written survey to all of our staff and had 80% return — which is remarkable. The comments really gave us a sense of what was broken. It was an organizational health survey and we rated at the bottom of the barrel. You couldn’t have gotten any lower, really.

The staff was afraid and unhappy, and it showed. The place was dirty and there were the obvious things you see and hear about Rikers. The 14-point plan was really designed to address every issue and each issue was kind of dependent on the other. So a lot of things that were just either weren’t there or broken or had to get fixed in order for us to take the next step. For instance, we needed to hire more staff and better quality.

Problem was our applicant investigative unit wasn’t able to do that. It was too small and didn’t have the skillset to do that. So then we had a higher-up in the applicant investigative unit get the skills to interview and hire better staff. So everything we had to do from the very beginning to build the foundation was kind of from where the 14 points evolved. We then built the rest of it.

They actually become very good at doing legal research. So that was their recreation so to speak, or program. There were no other options.

Because there was really no other options.

So for most of these areas, there’s up to five hours of additional programs, that’s not counting rec and law library. That’s part of the additional programming. And some of the programming is done by our own counselors, so the plan also includes adding people full-time on staff.

Some of the plan is activated in the housing unit with the inmates that live there and some of it’s done in other areas within the facility.

Commissioner:                      There’s no one-size-fits-all. It’s individually driven. For some, it’s education, others, food service handling. We’ve got a K-9 program which teaches them how to train dogs to make them adoptable. We’ve had electrical, plumbing. But barely, I mean it’s not teaching them to be plumbers or electricians; it’s introductory safety courses.

Commissioner:                      Right. So we teach the basics of safe food handling. When you get out of jail, and you got a record, your employment chances are difficult. So these guys understand that this certificate may be just that little but it can make you hireable where before you’ve got a criminal record and nothing else.

They’re signing up for this and we’re getting 60%, 70% participation in programs, which for me I’ve never seen in jails and prisons. Part of it is they’ve never had anything. We literally could offer nothing before. Participation in the “I Can” program is just exploding.

Commissioner:                       Officers didn’t see themselves as role models. We had to shift the staff from focusing on the punitive. In the past, when inmates misbehaved, we locked them up. Misbehave again, we locked you up longer. So as we ended that model, we needed the officer to be more engaged with the inmate.

You’ll see them playing basketball, playing checkers, they have video games. Because that’s the only way you’re going to break through to have a dialogue. So it’s really for them to develop relationships with the inmate, so the inmate will actually talk.

These kids are tough so we’re not going to pat them on the back and have a regular conversation. You’re going to have to work on that for days and days and eventually there might be dialogue.

We had to change their role. Their roles were much different than they even are today and we’ve got some that felt good about that and we had some that thought the old way was better. So we’re in a transition point.              `

Right, so we’re hiring a lot of new people. By next year, the end of next year, calendar year, we’ll have turned over almost half of our officers. So that’s a good opportunity to really change the culture.

We have a recruitment unit who will be more than happy to come and talk to any community, any group, any school, anytime. We have everything from cooks, mechanics, maintenance officers, nurses, doctors, I mean we, about anything you could possibly think of as a profession, there’s some of them in our system somehow.

Basically, all the inmate ever saw in the course of a day was their officer. Now we have counselors who work in the housing units with the inmates every day. That’s made a difference.

And any profession you can think of off the top of your head, we have probably somebody in the agency that does that; from planning, strategic planning to construction to buildings too, I mean the whole host of things. Because we do it all. So we build things, we manage buildings, we do maintenance, you know, so, we do plowing in the winter. We plow our own rows.

We started gardening programs in several of our facilities with the Horticulture Society of New York.

Probably one of the more impressive encounters I’ve had since I’ve been here was walking through our adolescent facility on some tour. I don’t know who was with us, and somebody asked the officer, you know, “How’s your job going?”

And the officer said, in his own words, that he felt really good about the job because he was here about changing peoples’ lives. To have an officer even say that, it’s like that it is a big — I was like wow! somebody listened. He thought of his job now not as a guard. He said, “I can change these guys’ lives”.

But really for me, it was like with all the hard work in the two and a half years I’ve been here, it’s nice to hear that, and he wasn’t saying that for me to hear. It was telling somebody that walked into it what he thought of it.

It’s like your role now is how you change peoples’ lives.

But the thing that it did was it, for the first time, it made the officer and the inmate have a dialogue about something that they both could work on. So to manage the dog training, to get them out for walks. (The Plan) just changed the conversation of the unit. It changed the officer’s role in those areas, like, overnight. And people were going in there, say, boy, this is remarkable, and it wasn’t about the dog.

It was really about the relationship, the officer and the inmates had to develop. And so we got now how many? And we’re trying to expand them more and more …

The officers (feel) they have changed peoples’ lives. I’m here in case there’s a problem, and that’s basically what my role was.

I don’t know of anybody who gets into corrections just to get into corrections. As I spend time in systems and get into the management of prisons and facilities, I see that the exciting piece is: you can change lives for the better, and culture piece: that you could change lives, change culture and basically change environment.