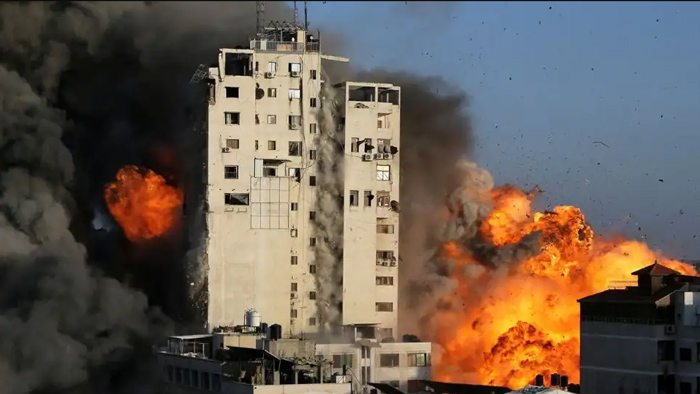 By Victor Omondi,
yourblackworld.net
The Biden’s administration has called for the immediate cessation of fire over the Hamas-Israeli conflict. However, it maintains that Israel has the right to defend itself against the terrorist organization, and in a recent decision, has approved the sale of $735 million worth of weapons to Israel.

The proposed firearm sale that threatens to widen the divide among the Democrats came nearly a week before Hamas aggressively attacked Israel with rockets killing 10 Israelis.

Israel retaliated with airstrikes that have killed nearly 200 Palestinians, sparking worldwide atrocity in a crisis worse than the last Hamas-Israel war that happened in 2014. Israel defended their actions by saying that the Gaza airstrikes are fired with great precision to avoid harming civilians but accused Hamas of using civilians in the heavily inhabited territory as human shields.

The administration is obligated to notify the Congress of such sales, although official notification usually comes after Congress comes to an agreement. The lawmakers then have 15 days to object with a nonbinding resolution of disapproval after the formal notification is made.

Though Congress’ majority have in the past supported such decisions, some members of the House Democrats who are more open to questioning Washington’s support of Netanyahu have expressed concerns.

A Democratic lawmaker on the House Foreign Affairs Committee also stated that allowing the planned sale of smart bombs to proceed without pressing Israel to agree to a cease-fire will only lead to further carnage.

Israel’s defenders have also disapproved of the action of the Israeli military. Pro-Israel Senator Menendez released a statement on Saturday after an airstrike targeted and destroyed a building housing the Associated Press and other media outlets in Gaza City.

The conflict is still ongoing despite diplomatic efforts to appeal to the two parties to halt the offensive.