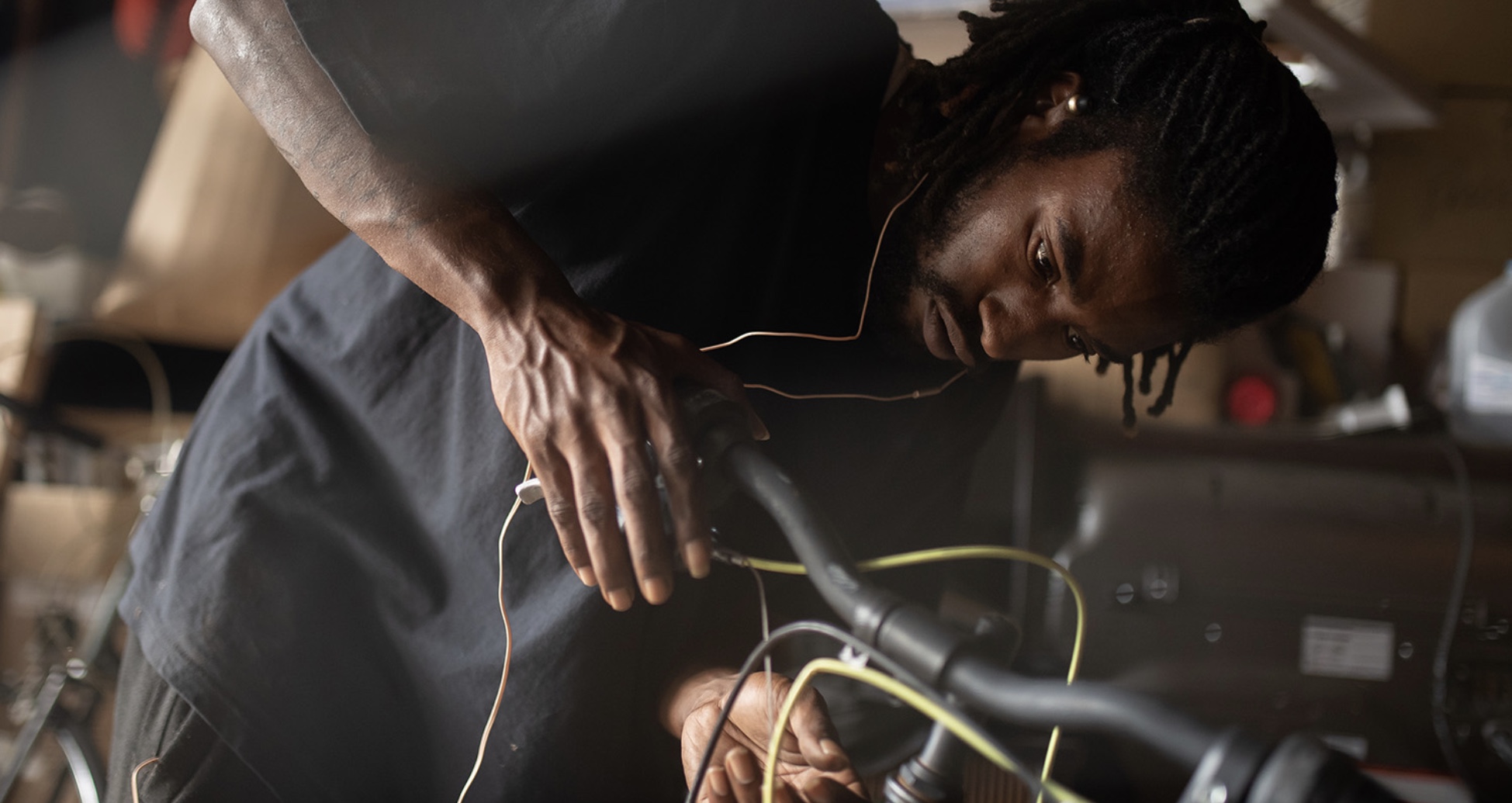 Bike Path: Train to Become A Professional Mechanic (Veterans and people who have had contact with the criminal justice system are welcome AT ANY AGE) Otherwise, you are ready to apply for training as a bike mechanic if: you are a Fort Greene or Clinton Hill resident ages 18-22; can report for training days on time at 858 Fulton Street, corner of Clinton Ave.; work well in a team; can stay focused and think through solutions, not distracted by your phone; can communicate well, follow instructions, accept feedback, ask for advice; stand for long periods of time, stoop, bend and lift up to 50 pounds. Applicants need no mechanical experience or degrees, and can be literacy-limited. To fill and submit the application, visit https://www.onecommunitynyc.org/bike-path-apply.

MLK NOW The Riverside Church, 490 Riverside Drive, Manhattan, 2-6pm (doors open at noon), FREE. The “King of Love” will be celebrated at the site of his Vietnam War speech of 1967.  Blackout for Human Rights will host and Color of Change returns as a presenting sponsor. Each year, special literary, political, musical and theatrical guests and presenters are featured, and this year will be no exception. Attendance is always high, so seating is first-come, first-served.

The Façade Commission: Wangechi Mutu, “The NewOnes, will Free US,” The Met Fifth Avenue, 1000 Fifth Ave., Manhattan, 10am-5:30pm. (Outside, FREE, inside, pay-as-you-wish for NY State residents.) The Metropolitan Museum of Art was completed in 1902 with four niches in the façade designed to hold sculpture – but they remained empty. Now, 117 years later, Kenyan artist Wangechi Mutu’s commissioned sculptures – both ancient and futuristic – are the first to grace the property in an outdoor show. Extended till June 2nd.

Ntozake Shange, The Sisterhood and Black Collectivity Barnard Center for Research on Women, James Room, 4th Fl., Barnard Hall, 3009 Broadway, Manhattan, 6:30-8pm, FREE. In the 1970s, Black women writers began gathering in Brooklyn and Manhattan, forming themselves into a group which came to be informally known as “The Sisterhood.” Join the invited writers for a discussion of Shange’s place in this and other collectives. Featuring: prizewinning poet Patricia Spears Jones; Kimberly Springer, curator for Oral History at Columbia University; Mecca Jamilah Sullivan, poet and assistant professor of English at Bryn Mawr College; and Courtney Thorsson, associate professor of English at the University of Oregon. [RSVP at Eventbrite is preferred but not required. Seating is first-come, first-served]

The AUDELCO and Obie Award-winning Billie Holiday Theatre presents Gettin’ Old Is A Bitch . .  . But I’m Gonna Wrestle That Bitch to The Ground, starring and written by comedian and actor Mariann Aalda for two days and 3 performances only on Saturday, February 1 at 2 pm and 8 pm and Sunday, February 2 at 3pm at The Billie Holiday Theatre, 1368 Fulton Street, Brooklyn, NY 11216.

In this acclaimed and delightfully irreverent one-woman comedic production, alter ego Adult Sex-Ed Evangelist and Mojo Motivator, Dr. Ginger Peechee-Keane, played by Mariann Aalda, dispenses her wit and wisdom about getting older and still getting your groove on in this theatrical tutorial for your significant other.

“The Billie is excited to have our community engage with topics that we all deal with…aging, dating, marriage, and sex,” stated Dr. Indira Etwaroo. Executive Director, The Billie. “Mariann is brilliant and pulls no punches. It is an unforgettable experience for all of us to just sit back together as a community and laugh with each other and at ourselves.”