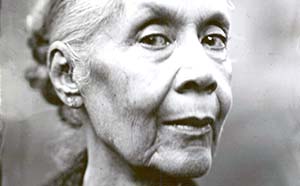 Friday, March 6th
Ghanaian-American Heritage Celebration 2020 Brooklyn Borough Hall Ceremonial Courtroom, 209 Joralemon St., 5-8pm, FREE. Ghanaian-Americans and people who’d like to join in celebrating them are invited to join in the festivities at Boro Hall. The evening is hosted by Brooklyn Borough President and the Hon. Eric Adams, Consul General of Ghana in New York and Professor Samuel Amoako, and Ambassador and Permanent Representative of Ghana in the United States Her Excellency Martha Ama A. Pobee. To RSVP, contact Marcus Harris at Brooklyn Borough Hall at 718-802-3847.

A Birthday Tribute to Carmen De Lavallade Film Forum, 209 West Houston St., Manhattan, 6:30pm, $15. You’re invited to celebrate the 89th Birthday of the iconic Carmen De Lavallade with a screening of the documentary, Carmen & Geoffrey, about her and husband Geoffrey Holder, along with rare footage of the 1960 Porgy and Bess ballet danced by the couple. Amazing and accomplished dancers, actors and choreographers, they were married a month after meeting, they remained so for nearly 60 years until his death in 2014. Carmen was star soloist for the Lester Horton and Alvin Ailey Companies and the Metropolitan Opera’s prima ballerina.

Tuesday, March 10th
Two hundred years have passed since the birth of our great hero Harriet Tubman, born Araminta Ross! Let’s honor her remarkable sacrifices and courageous achievements by sharing her story with the young people in our lives.

The Story of Seeds Park Slope Food Coop, 782 Union St., 7pm, FREE. One of the world’s most precious resources is at risk. This documentary illuminates what is at risk and what can be done to protect the source of nearly all of our food – seeds. The basis for fabric, food and fuels, seeds are as essential to life as air and water. Approximately 90 percent of the fruit and vegetable varieties that existed 100 years ago no longer exist. This documentary reveals how we can breed new varieties that are resistant to pests and temperature extremes.

Saturday, March 14th
50in50 with Letters to Our Sons Kumble Theater at LIU, 1 University Place, 3pm and 7pm, also Sun. 3/15 at 3pm, $25. In response to MacArthur “Genius” Dominique Morisseau’s curatorial statement, “50 original monologues” – selected from hundreds of submissions from women of African descent from across the globe – will be read by renowned actors to include: Lisa Arrindell, Marsha Stephanie Blake, Lilli Cooper, LaChanze, Joie Lee, Celestine Rae, Phyllis Yvonne Stickney and Pauletta Pearson Washington with live music performed by Maritri Garrett. [Tickets at thebillieholiday.org or at 866-811-4111]

Harriet Tubman Day of Commemoration
New York, New York. February 13, 2020…On Tuesday, March 10, 2020 at 10 A.M., The Black Women’s Leadership Caucus, Inc. will host its annual celebration of the life and legacy of Harriet Ross Tubman at a wreath laying ceremony at the Harriet Tubman Memorial located at 122nd Street/Harriet Tubman Square at Frederick Douglass Boulevard in the Village of Harlem, New York. The Memorial, created by artist/sculptor Alison Saar, was dedicated on November 13, 2008.
On August 27, 2003 then Governor Pataki signed legislation for the Harriet Tubman Day of Commemoration honoring Tubman every March 10 in New York State. Other states honoring Tubman on March 10 include Delaware, Maryland, Georgia and Texas.
In January 2017, legislation passed to establish the HARRIET TUBMAN NATIONAL HISTORICAL PARK IN AUBURN, NEW YORK, preserving the Homestead where she lived until her death on March 10, 1913, the Tubman Home for the Aged and the Thompson Memorial AME Zion Church where she worshipped. National Park Service Ranger-led tours are available.

A WOMAN’S PLACE IS ON THE $20 BILL – in particular, HARRIET TUBMAN. The year 2020 is when we expected to see Harriet Tubman on the $20 bill; plans are to renew our efforts after the 2020 election.