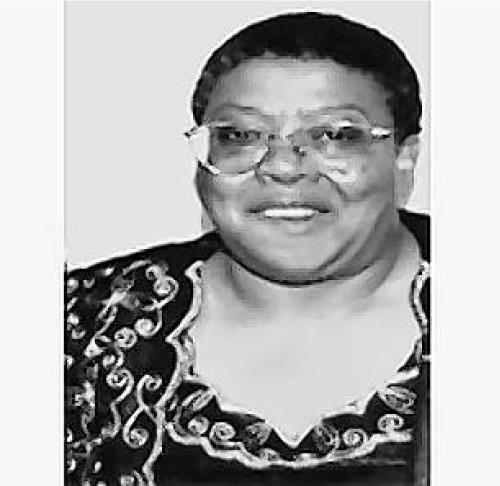 The power and fierceness of love are unstoppable! This type of love force was most evident on the evening of June 3rd when community-based organizations and friends joined together and payed tribute to the unforgettable Sister Leola Maddox at the enchanting Mannion Stonebridge Hall in Stuyvesant Heights.

Sister Leola was funeralized in her native Georgia on March 15th, 2017. She was the devoted wife of the “People’s Attorney”, Alton Maddox, Jr., Chairman of the United African Movement (U.A.M), and headquartered in Brooklyn. Sister Leola loved children and as an advocate, she first served as a librarian at the Thomas Jefferson Middle School in Teaneck, New Jersey where, in her memory, a tree with a plaque was planted. She later became the Chief Librarian at Medgar Evers College in Crown Heights and worked there until her death in March. Sister Leola was also a member of the Board of Trustees of the Teaneck Public Library, a semiautonomous body appointed by the mayor and city council. She loved people of African ancestry and identified with their plight. She believed in the future of children and was the Founder/Director of the Freedom Retreat Summer Camp for Youth in the Catskills. There, children were exposed to a rigorous curriculum in African History and Culture, outdoor living and love of self.

New York State Assembly member Charles Barron remembered Sister Leola as, “A Queen who walked royally among us and the work she did was not for attention or rewards. She loved children and was always warm with words of encouragement and a genuine embrace”, he said. Assemblyman Barron presented the family and community with a citation and intends to have the event entered in the New York State Assembly records in Albany.

Charles Maddox, her only son, was overcome with joy and appreciation. He considered it a “blessing, because everyone here shows love, no deception because of the work my mother did. Everyone is for my mother because of love”, he exclaimed.

Michael Grey, host of the “Community Cops” weekly Cable TV Show, and Keisha Hopkins-Forrester, host of the weekly Radio Talk Show, “Straight Black Talk”, both spoke of their experience working with Sister Leola at UAM and Freedom Retreat. They spoke of her leadership skills, love for children and willingness to offer support to others. Former Sankofa International Academy graduate Gene Johnson, Jr. reminisced of his learning experience at UAM weekly lectures and the Freedom Retreat. He said, “Sister Leola was always connected with the children. She was a silent Queen Warrior”.

Followers came from Washington, D.C., New Jersey and the five boroughs of New York. They included: ardent supporter Queen Judy Thurston McNeil, Pan-Africa; historians Dr. Leonard Jeffries; Dr. Umar Johnson; Dr. Kaba Hiawartha Kakmene; the Committee to Eliminate Media Offensive to African People(CEMOTAP); Black Solidarity Education Committee (BESEC) and U.A.M. They all agreed that Sister Leola was the “sweetest soul with the purest heart who they ever met and if they ever needed support, she was always there”.

An IGBO proverb states – “A River may be dried up but its name is never forgotten”- such is Sister Leola Maddox. She personified love.

Mary Lee Ward Closes a Chapter of Her Journey