Mary Lee Ward Closes a Chapter of Her Journey
Advertisement 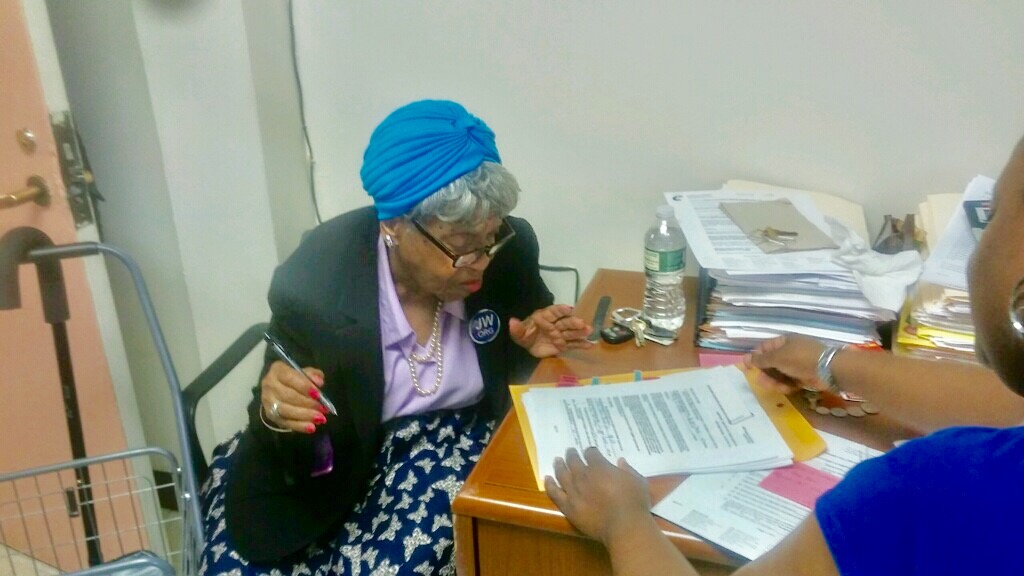 Several years ago, Mary Lee Ward, now 87, a former Bed-Stuy property owner, was the first senior to report to us her bouts with property scams, predatory lending and displacement.

This week, she sent us a photo which depicts the closing chapter of her long journey — which included a brief stay in an automobile — to find a safe place to live and call home.

Thanks to James Caldwell, President of the 77th Pct. Community Council, and several
officers there, an apartment was found this spring.

Caldwell says he “reached out to the Trump campaign” and he and Mrs. Caldwell were “invited as guests of the then-presidential candidate to the 3rd Presidential Debate”.

“No promises were made, but after the election was final, Ms. Maria Sicurelli, a Trump aide, adopted Ms. Ward as her mother.

“Finally, Ms. Ward was awarded a 1-bedroom apartment through Catholic Charities and moved in on June 2nd, 2017. Ms. Sicurelli’s husband sent a truck and 2 of his employees to move Ms. Ward into her new residence and Ms. Sicurelli took care of (Ms. Ward’s) financial responsibilities.”

The Gift of Life: Restoration Arts Dancers Perform So Sub-Sahara Children Might Live