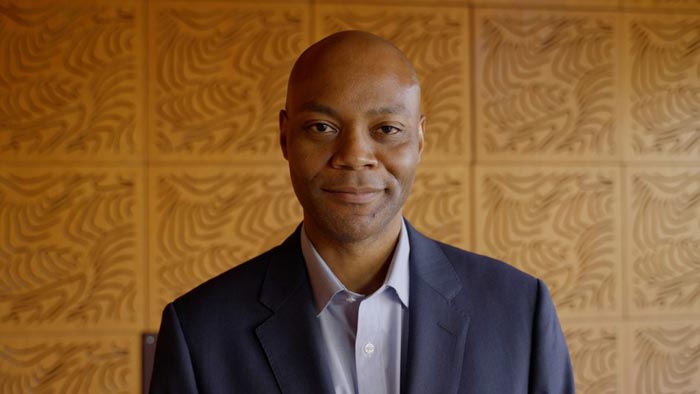 BROOKLYN, N.Y., April 16, 2021 /PRNewswire/ — The Board of Trustees of Weeksville Heritage Center (WHC) announced today the appointment of Dr. Raymond Codrington as Chief Executive Officer. Dr. Codrington joins Weeksville Heritage Center at an exciting juncture of the organization’s history following WHC’s induction into the celebrated Cultural Institutions Group of New York City last year. In his new role, Dr. Codrington will lead WHC’s management, programs, and partnerships and steward the institution in its strategic vision to promote Black history and culture while advancing self-determination, creativity, activism, and entrepreneurship in communities across the country. He succeeds Rob Fields and began his position at WHC on April 19, 2021.

Dr. Codrington joins WHC from Hi-ARTS in East Harlem, a leading organization within the urban arts movement, where he has served as Executive Director since 2015. At Hi-ARTS, he successfully expanded the organization, diversified its donor community, and oversaw notable partnerships with local and national cultural organizations.

During his career, Dr. Codrington has developed programming focused on urban expressive culture for the Los Angeles Department of Cultural Affairs and the Mayor of Los Angeles as an independent curator and consultant. He has also held several senior-level roles at prominent cultural institutions, including as founding director of the Julian C. Dixon Institute for Cultural Studies in Los Angeles, an anthropology curator at the Natural History Museum of Los Angeles County, and the Sandy Boyd Postdoctoral Fellow at the Field Museum’s Center for Cultural Understanding and Change in Chicago.

Dr. Codrington said, “Weeksville has an unparalleled rich history rooted in a community that continues to support and inspire the organization to this day. It is an institution steeped in time and place that drives an urgent conversation on the importance of social justice, economic empowerment, and Black ownership, throughout the borough, the city, and the country. I am thrilled to join the staff and leadership of Weeksville Heritage Center to continue and expand its important mission.”

Weeksville Heritage Center is a historic site in Central Brooklyn that was once one of the largest free-African American pre-Civil War communities in the U.S. Weeksville engages a community of residents, artists, and activists through exhibitions, tours, and educational programs developed to illuminate the often-excluded histories of post-Civil War Black life.

Dr. Codrington takes over the leadership of WHC after two years of financial success, beginning with the 2019 “Save Weeksville” campaign led by former President and Executive Director Rob Fields. This campaign galvanized a community of thousands of supporters locally and globally. Following this successful fundraising effort, the New York City Department of Cultural Affairs designated the Weeksville Heritage Center as the first new Cultural Institutions Group member (CIG) since 1997. The Board and staff of WHC have ensured that the organization is on solid financial footing and will preserve Brooklyn’s Black history for generations to come.

Dr. Codrington studied Government and African American Studies at the University of Texas at Austin. He earned his doctorate in anthropology at the CUNY Graduate Center. He has conducted ethnographic research across the U.S. and U.K., studying race, blackness, equity, Hip-Hop, popular culture, and civic engagement. Dr. Codrington lives with his family in Brooklyn.