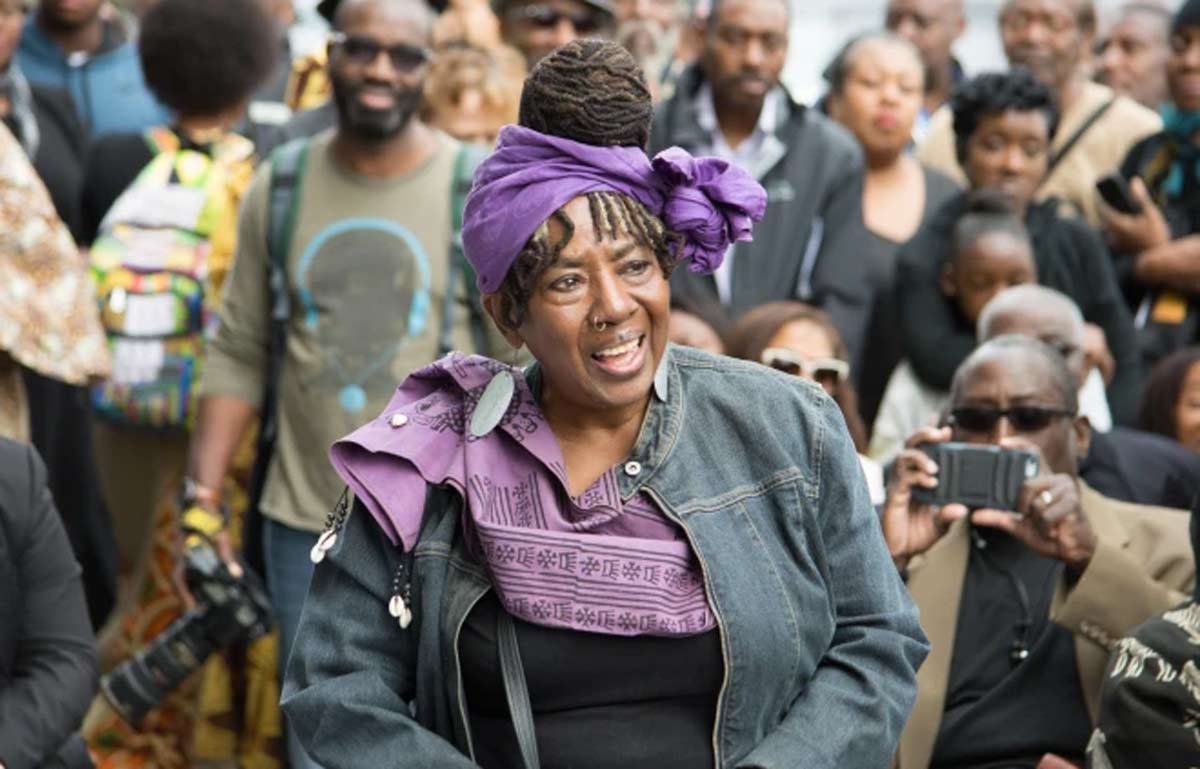 Black Rose’s instinct for style was a homegrown asset. “My mother was an expert dressmaker,” she said. “She taught us how to make dresses and hats. We modeled our fashions at church, community centers and then some clubs in Harlem.”
Along with her sister and two friends, all talented “seamstresses” as they were called then, she produced a series of well-received fashion shows featuring their designs. She would soon combine her love of fashion and growing love for her cultural legacy in a way that would forever impact her life.

“Kwame Braithwite asked if I wanted to be a Grandassa model,” said Black Rose. It fit in with what I was doing, but being a Grandassa Model took it to the next level!”
The Grandassa Models’ hairstyles represented authentic pride in their heritage along with the clothing. Fascinated by the texture and artistic possibilities of Black people’s hair, Black Rose chose barber training in order to work with this texture because cosmetology schools taught that pressing or perming were the only options. Still a hairstylist today, she graces Black women with beautiful hair in its natural state — although she doesn’t use that term for it.
“I don’t so much say, ‘natural hair.’ Everybody has hair that is natural to them, African people have African hair. Our hair is unique and our beauty is unique.”

A dream came true for Black Rose when she was invited to visit Africa for the first time.
“In 1977 I went home to Nigeria as an artist participant at Festac,” she said. (She’d later visit an additional eight African nations.) “I was chosen to produce an African hairstyles extravaganza at Lagos City Hall, a really fabulous place!”
She was featured on the front page of a leading newspaper there, with the headline “Goddess of African Culture.” In the U.S. she was also featured on the cover of The Liberator magazine and on a Lou Donaldson’s Good Gracious! album cover.

Black Rose has always had several things going on. She worked at Revlon as a quality-control inspector with on-the-job training as a chemist. The latter discipline is among those she still nurtures, as she does in the production of her Aromas of Dignity essential oil blend, sold at shops in several states and at Namaskar here in NYC. Her life has been an adventurous and rewarding journey and Black Rose has been honored to take.

“I became aware of how much we have given the world and how much we still have to offer,” she said. “We will continue with our legacy and reach higher heights. There’s no valid reason not to continue on that path.”