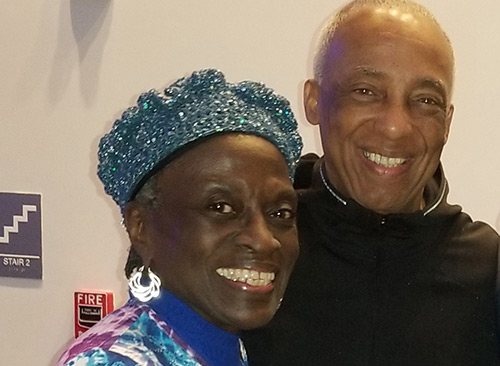 Assemblyman Charles Barron:
Absolutely. In the 1960s, we shouted Black Power. We did the Black everything, wearing dashikis and using African names, fighting for Black History to be taught in schools, but we didn’t do the power. What I’m saying is that Black Power is more relevant today, even more so, than it was back then. Because now our neighborhoods are being gentrified to the point where the white population is increasing, and the Black population is decreasing. This has political ramifications. We may lose our majority-Black communities, maybe coming down to 51%, 52%, so if three Blacks run and one white run, they could actually win in a majority-Black district. So, we’re being attacked.

The second thing that we have to look out for is reapportionment. Redistricting. When they start drawing these lines once again, they can draw lines that decrease the Black population in Black-majority areas and increase white populations. The third thing is the census count. We, historically, have an undercount in the census, that’s why we encourage everybody to list “Black.” Don’t say you’re Haitian-American or Jamaican or anything else. For this one, we need to be all united under Black, because if you don’t, then your numbers will decrease, therefore your political representation decreases and money coming to your districts will decrease.

Then the last attack on Black Power is voter suppression and gutting of the Voting Rights Act. There have been changes already in the Voting Rights Act. They’re saying we don’t need that anymore because we’re equal now. We have our right to vote. Not true. The voter suppression with voter ID and different strategies to suppress the Black vote is also increasing. So, now more than ever, we need Black Power. All other communities are uniting. The Asians are uniting to increase their numbers, the Latino brothers and sisters are uniting and some of them are Black like us, so they may unite with us. So, Black people need Black Power in the 21st century. We need to unite and once we get Black Power – David, this is the real challenge. Black faces in high places don’t always mean Black Power. Black visibility is not Black Power. Martin Luther King said that the white power structure selects these Black leaders they give positions to and resources to. Knowing they stay in control of them, he called them manufactured leaders, “manufactured leaders” by the white power structure.

So, even though we have a Black person heading up the Assembly, a Black person heading up the state Senate, a Black person as an Attorney General… We celebrate this. A Black head of the Kings County Democratic Party. The head of the Manhattan Democratic Party is a Black man, Keith Wright; head of the Queens Democratic Party is Greg Meeks. And a Latino, Marcos Crespo Executive Committee Chair in the Bronx. All of that Blackness and Latino-ness. The majority leader in the state Senate is a Black woman. The majority leader in the City Council, Laurie Cumbo, relegated, in my opinion, to count votes for the Speaker. All of that Black visibility in high places, but we don’t have any Black Power, because they’re controlled by a white man, Governor Cuomo.

OTP: Is there a national Black agenda that anyone pays attention to?
Barron: No. The reason why they don’t is because we don’t have Black Power. See the difference between power and influence – if we have to march, demonstrate, scream and holler and you know I believe in that, screaming and marching, to influence and persuade people in power to make decisions for you, that’s influence. We have some semblance of power in East New York. East New York is not gentrified. If you get in a power-position and don’t use it, like in many of our communities. Harlem’s been gentrified. Bed-Stuy is gentrified. Crown Heights is gentrified and there were Black politicians who allowed it to happen. East New York, at least in the 60th Assembly District and the 42nd Council District, we have the power to decide what’s going to be built on City-owned land. That’s the power of the City Council.

OTP: You’ve been anticipating my next question. How does your district reflect Black Power?
Barron: I would love for you to come out and I’ll give you a tour of our district. You will see that East New York, the 60th Assembly District, is not gentrified. As a matter of fact, when I came in, 69% of the community was Black and 19% was Latino. It is now 71% Black and 20% Latino. We have a decrease in the white population in East New York.
To be Continued: