Analysis: The UN CARICOM Donor Conference:   The Economic Future of the Caribbean?
Advertisement 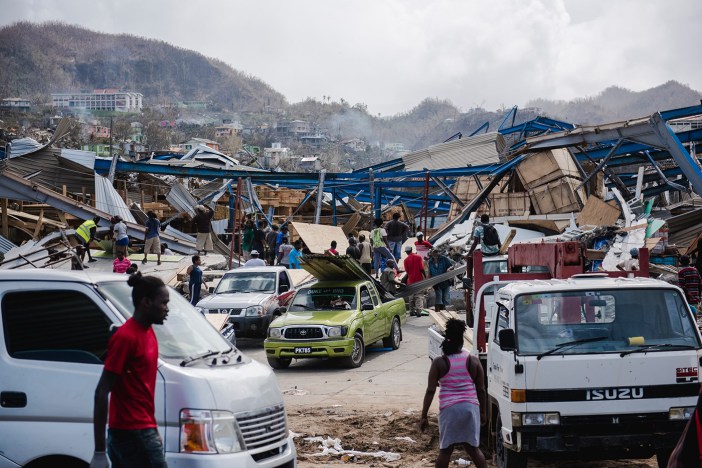 CARICOM’s strategy for the promotion of economic unification among its member states and the harmonization of Caribbean foreign policy now depends entirely on the United Nations Development Program. CARICOM’s  leadership, in partnership with the United Nations, is now devoted to a new “social contract” with the government and people of the Caribbean. CARICOM is now a symbol of hope   for the future of the Caribbean. CARICOM now represents an exclusive coherence for Caribbean states as   the   Donor Conference takes effect at the United Nations headquarters in New York.

And there is much logic to this approach.

Whereas the fundamental premise of this UN CARICOM Donor Conference lies in the promotion of economic development for   Caribbean   states   devastated by   Hurricanes Maria and Irma, respectively; the political development of the Caribbean, sustainable and human development and democratic challenges in the Caribbean demand special emphasis as well.

The point is that cooperation between the Caribbean Community (CARICOM) and the United Nations must not only be   reinforced around the arena of economic development or   rebuilding the economies of the devastated Caribbean member states as the first climate-resilient countries in the world. Cooperation between CARICOM and the United Nations must   also be instituted in programs tailored according to the   needs of the Caribbean.

Hence, the goal should not only be to   amass   money   but to   rebuild a Caribbean   where   citizens can have “the rights to a free and independent press, an independent judiciary, and transparency and shared accountability   between government and people.” The   goal should also seek to strengthen democratic   governance in the Caribbean and an adherence to the tenets of electoral reform, to ease people from the oppression of their corrupt governments and the rights to   health care, education and basic human rights.

In this regard, if there is a point where two  meanings collide in this juncture, it is between   the UN Haitian Donor Conference of 2010 and   this   present   CARICOM conference of   2017.

For it is here that the words of past World Bank President Robert Zoellick on the Haitian   Donor Conference comes to light.

Following this, the irony of Hillary Clinton also rings clear. “We are called to do better than in the past, ….. Leaders must make the decision to guide a strong, accountable and transparent recovery.”

But then, if we are called   to do better than in the past, it is evident that certain clauses must also be revisited. There should also be mechanisms to ensure that the governments to which this donor aid is diverted be   held accountable to the public, and that ethical and professional standards are upheld. It is imperative that the beginning of this economic consciousness be accompanied by new measures for “freedom of the press” in many Caribbean states, because the media can only play a constructive role in democracy if there is an empowering environment that allows it to do so.

It should also be noted that on the Caribbean island of Dominica, where the cost of Hurricane Maria’s damage has been estimated as US$1 billion, a monopolistic media is used to propagate discord rather than consensus, and hate speech instead of clearheaded discussion. Compounded   to this, the Election Commission in Dominica continues to violate the recommendations of Organization of American States election observers for voter identification cards for all its citizenry, thus contributing to disparagement and democratic decay of the electoral process.

Additionally, if the Caribbean is to use the proceeds of this UN CARICOM Donor Conference as an aid to attain the United Nations Sustainable Development Goals by 2030, then regional organizations like the   Organization of American States (OAS) should also seek to work together with CARICOM states  to rehabilitate the   core institutions of democracy in the Caribbean.

Notwithstanding, the partisan politics practiced in many Caribbean states   is   also an impediment to economic development and   thwarts the agenda of the UN Sustainable Development Goals of ending poverty, inequality and employing policies that build economic growth and the social needs of   job opportunities, education, health and social protection.

Moreover, if democracy requires the active participation of the citizenry, then the parameters of this Donor Conference   must   also be stitched around CARICOM’s objective of the promotion of greater understanding among its people and the advancement of their social, cultural and technological development. The Caribbean, and especially Dominica, need strong education and health systems, as well as a government with strong, accountable institutions as specified in Goal 16 of the UN Sustainable Development Goals, which is dedicated   to the promotion of justice for all, and building effective, accountable institutions at all levels. Lack of transparency in countries like Dominica can also evoke global costs, which could be detrimental to both the economic and political process, and could explode into regional and global consequences.

Thus far, Caribbean governments   must  take ownership and establish national frameworks for the achievement of the United Nations  17 Sustainable Development Goals in this United Nations CARICOM Donor Conference.   Likewise, the Caribbean must be   developed as a feasible, reorganized modern society based on solidarity, the rule of law and freedom of expression and association.

To this end, the Caribbean’s reconstruction package at this UN CARICOM Donor Conference should benefit all the people of the Caribbean, regardless of status or location, and there should be no exclusion. In an   everchanging international environment, laced with ambiguity and intricacy, CARICOM must be   ardent to the United Nations as a principal medium for multilateral cooperation and a plinth from which Caribbean states can be mirrored. The need for economic development is wide-ranging, but the need for “disaggregated information” on the Caribbean through a free independent press that will   build peace and social consensus and provide better coordination and exchange of information between CARICOM member states and the United Nations should   be a sought-after goal as well.