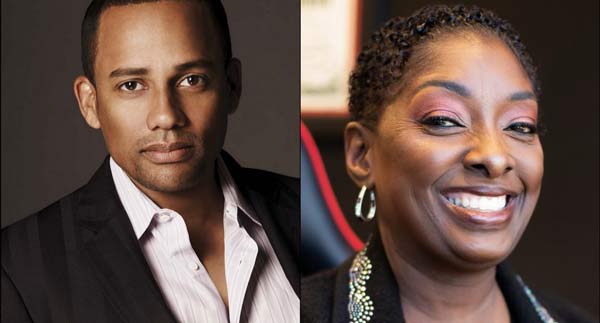 by Frank Holland for CNBC
(First reported April 2021)
Nearly a century after Black Wall Street — a center of Black business in the Greenwood district of Tulsa, Oklahoma, that was destroyed in a racial attack — “The Good Doctor” actor Hill Harper is launching a fintech app of the same name to empower investors of color.
The Black Wall Street app went live on June 1 and offers a digital wallet for peer-to-peer payment and the ability to trade cryptocurrencies like bitcoin and ether.
“What the Black Wall Street was in Tulsa and the Greenwood district is just very empowering,” Harper told CNBC about the once thriving Black business district.
“There were three pillars that created the wealth that was created in the Black Wall Street [in Tulsa],” he said, with the first two being institutional ownership and institutional trust by the community. “Pillar number three was the movement of money or capital within the ecosystem where dollars changed hands 60 to 100 times within a year before it left that Black community.”
Harper, who plays Dr. Marcus Andrews on the ABC medical show, said that dollars now leave the Black community within about seven hours. “I truly believe that unless we start owning our own fintech platforms, our own digital wallets, the dollar will leave within six to seven seconds.” said Harper, who also played Dr. Sheldon Hawkes on CBS’ “CSI: NY.”
The goal of The Black Wall Street app is to give Black and Latinx investors a gateway into the digital transformation of investing and provide financial education to customers on cryptocurrency.
Harper, a Harvard Law School graduate, said he began working with Black web developers last year before the Covid pandemic to build the app, which aims to capitalize on mobile device trends in communities of color.
According to a 2019 report from Pew Research Center, 23% of Black Americans and 25% of Latinx Americans are “smart phone only” internet users compared with 12% of white Americans. The Pew study also showed Black Americans use a smartphone for mobile banking more than any other group.
Harper said he’s hoping to attract “unbanked” consumers and more sophisticated investors looking for a Black-owned site for cryptocurrency purchasing. “It’s not just about transferring money to folks, it’s about transferring information, ideas, and building community, and we see that that is the real value and the real differentiator.”
Najah Roberts, a cryptocurrency expert and owner of Crypto Blockchain Plug — a brick-and-mortar location in Inglewood, California, for cryptocurrency education and purchasing — i serving as the chief visionary officer for the app. As part of the launch, The Black Wall Street multi-city financial literacy tour that began on April 30 in Los Angeles, with stops in Tulsa on May 31, a century since the original Black Wall Street was destroyed in a riot by white residents. Roberts (led) the tour and give fractional bitcoin shares to people who signed up.
The Black Wall Street offering enters a growing industry of fintech apps that allow peer-to-peer transfers including Square’s Cash App from PayPal’s Venmo. Visa estimates there is $4 trillion market for apps that replace the use of cash and checks in the United States. Rapper Killer Mike also launched this year the Greenwood app, another digital platform for investors of color.
On The Black Wall Street app, Harper said, “We have to encourage Black ownership and that’s what we want to do on the platform. We’re starting with a digital wallet and the ability to start to learn financial literacy, create a community, and allow people to invest.”
“But the ultimate goal is to create a whole ecosystem, and eventually a marketplace where the recirculation, the circulation of dollars through this digital wallet, allows job creation, business creation and job growth,” he said.
Editors Note: For more information, visit: https://theblackwallstreet.com/