A Real-World Member of the Dora Milaje
Advertisement 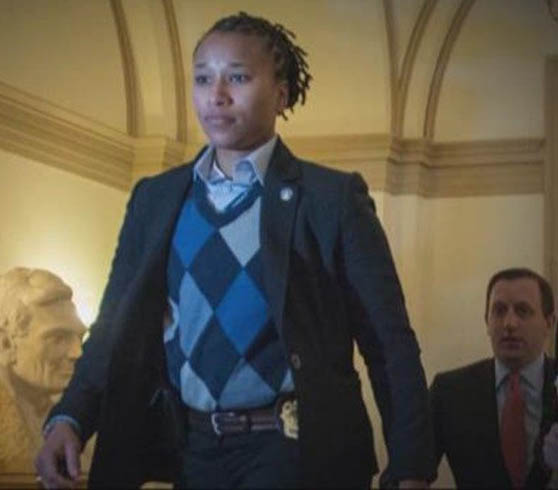 The behavior of security officers at the recent shooting at Marjory Stoneman Douglas H.S. in Parkland, Florida stands in stark contrast to the heroism of Capitol Hill Police Officer Crystal Griner at a ballpark shooting in Washington, D.C. last June. On this first day of International Women’s Month, we salute the bravery of Griner, who, along with her partner David Bailey, rushed toward disturbed gunman James T. Hodgkinson, who had suddenly started shooting, critically wounding Republican House Majority Whip Steve Scalise and four others. The shooting took place at a Congressional Republican baseball practice game at a park in the nation’s capital.

Griner and her partner both continued to run to help apprehend the shooter, although they both sustained injuries from bullets he fired. She was hit in the ankle and Bailey in the arm. Griner and her partner, a Black man, helped prevent what pols present said could have been a large-scale massacre. “A rifle against a handgun. That is not a fair fight… …They were warriors,” one congressman said. They had the Public Safety Office Medal of Valor placed around their necks by President Trump, who recently claimed he would run into gunfire himself.

Also interesting is that both Griner, a lesbian, and Bailey, are assigned to Scalise’s detail and are credited with helping to save his life. Of note is that Scalise was criticized for speaking at an anti-gay forum a few months later.