A Building is Down, Bed-Stuy is Not Out
Advertisement 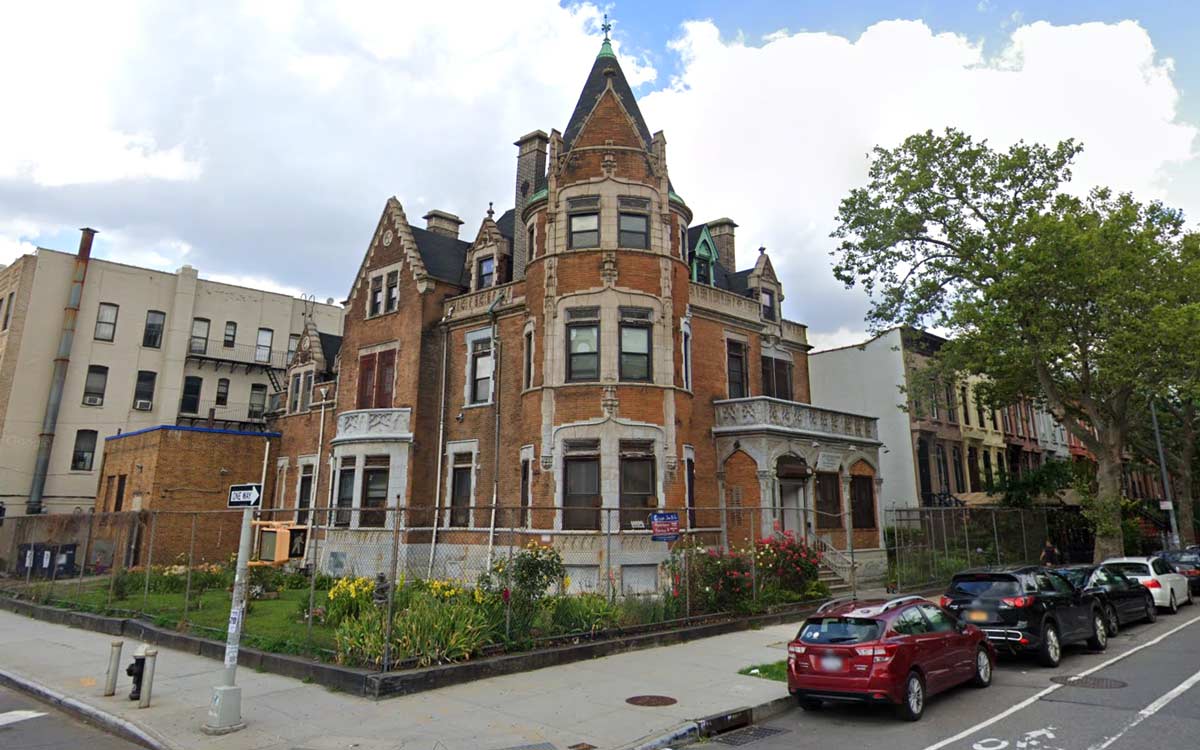 Ornament to the City - The Jacob Dangler family mansion, located at 441 Willoughby Avenue in Brooklyn at the corner of Nostrand, was built at the turn of the century. Many decades later, it would become an events and gathering place where North Bed-Stuy villagers of color did their moves, found joy, and held meetings. On Thursday, July 21, despite loud public outcry, the building was demolished. Credit: Google Streetview of Jacob Dangler House @Google 2022)

Residents: “Power is in Our Stories, Lessons Learned from Leaders Passed”

Bernice Elizabeth Green
On Sunday, Our Time Press walked the neighborhood that has been a part of the paper for 26 years.
Our intent was two-pronged: to get reactions from the people on the ground to the July 15 passing of community leader Al Vann, and to capture the mood of the neighborhood following the destruction of an historic gathering place.

Within seconds of stepping into the laundromat on DeKalb near Marcus Garvey, we met manager Nina Glock and customer Renee Embry who merged the two intentions.
Ms. Glock did not know Vann, but she waved us to the spot where news of this “important man to the community” could be placed. Her friend, Ms. Embry knew Vann, and had nothing but praise for him. “And he was only one man. How much could he do?’ We simply indicated that there was a lot more to know about him.

She showed anger, not despondency nor tears, about the felling of the Dangler building, “the Masonic Hall on Willoughby” where she “attended black & white parties” for many years.
Ms. Embry noted that “things happen fast” and she, a self-described community activist, had no knowledge of either event.

She directed we take the news to the Heads Up Elite barbershop “across the street and next to the dollar store;” the supermarket at the corner of Throop” and the men sitting outside the laundry.

One of the men stood up from his chair, and announced that Vann was his mother’s teacher with the same pride as a woman we met the night before outside a Clinton Hill candy store, “Yes, I knew him. And I knew his wife: she taught me how to sew. She was my teacher.”
A former attendant for 20 years at the defunct CABS Nursing Home felled by bulldozers, Ms. Embry told us she had stories to tell about her neighborhood and about leadership needed. “It must come from the community to keep the community alive. We need to teach these kids their history and we need an old-fashioned 1960’s King March.”

The Middle Eastern managers at the supermarket did not know Vann, but they understood the meaning of “honored leader in the black community.” They invited us to bring more news.
The barbershop owner said he would have customers who felt the pain of Dangler’s destruction contact us. He also said, “It’s not what ‘they’ are doing to us. It’s what we are not doing for us to hold on to what we have.”

In the space of 15 minutes, we met people and stories not generally heard from in general market media.
“And it’s about time somebody listened to the people on the ground,” said Ms. Embry. “I’ve been out there, I’ve seen stuff, I have real stories.” (Those stories –breaking news about a broken system, and how it can be fixed — will be shared in Our Time Press next week.)
We asked Ms. Embry to write her name and number in our notebook. By the end of the day, miles from DeKalb Avenue, we checked our notes.

(Green, editorial curator for Our Time Press, is a strategic grassroots-marketing consultant.)

The Lessons of the Jacob Dangler House, 441 Willoughby Avenue