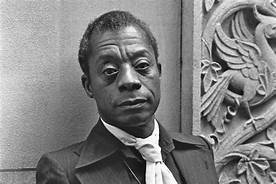 Wonders never cease in America. On August 28, heretofore dark horse Tallahassee Mayor Andrew Gillum won the Democratic gubernatorial nomination in the Deep South state of Florida!     In addition to Gillum’s progressive platform which favors health care, marijuana, immigration reform and a Trump impeachment, he had a well-organized grass-roots strategy. A FAMU alum, Gillum got a Bernie Sanders endorsement and financing from George Soros, Tom Speyer and Collective PAC, a group which supports African-Americans seeking elected offices. Is it possible that America will have two Black governors in the Deep South come November–Andrew Gillum in Florida and Stacey Abrams in Georgia?

NEW YORK Primary Day is 9/13.  We vote for Congress members, governor, lieutenant governor, attorney general and NYS Assembly members and Senators.   Hope that the pundits are right about Democrats retaking the House of Representatives. The NY congressional delegation is solidly Democratic.

Don’t see any upset in the tea leaves in the gubernatorial race between Governor Andrew Cuomo and “Sex and the City” star Cynthia Nixon.   The lieutenant governor’s race is unpredictable. Incumbent Kathy Hochul does not have great name recognition but has a nice cash stash. She attended the UNCF fundraiser in the Hamptons last week.   Her rival, NYC Councilman Jumaane Williams, is short on funds but high on enthusiasm and energy and travels around NYS.  Can he be the next Alexandra Ocasio-Cortez? Don’t know why anyone wants the powerless LG job. Remember how restless and bored LG David Paterson was under Gov. Spitzer, who resigned amid a sex scandal?  Don’t foresee any accidental occurrence like that for Gov. Cuomo, who may be coveting the White House in 2020.

The AG race is filled with competent candidate attorneys of African-Americans Letitia James and Leecia Eve, Arthur Eve’s daughter; Sean Patrick Maloney, a Catholic; and Zephyr Teachout, who got NY Times and NY Daily News endorsements. Saw them do battle on a NY1 TV debate. To a man, they sounded progressive, combative and impressive.    Most races are predictable for incumbents, except for the senators who were a part of the Independent Democratic Conference. They all have opponents who are making their lives miserable, especially Brooklyn’s Jesse Hamilton. Shots were fired into his Brooklyn office last week.   Please note: Gov. Cuomo brokered the peace and brought the IDC Senators back to the Democratic fold.   He has not endorsed anyone in that group, nor have any of them endorsed him.

Leila Ndiaye was promoted to President/CEO of the Initiative for Global Development (IGD). Founded in 2003 by Bill Gates, Sr. and other US business leaders, the Washington, DC-based IGD “advises, educates and promotes USA and African private investment in order to advance Africa’s economic growth and sustainable development.”     Born in Cote d’Ivoire and a dual citizen of Senegal, Dr. Ndiaye worked with the World Bank, the Ivory Coast Government and the US Chamber of Commerce where she headed Ecowas Initiatives in Western and Central sub-Saharan Africa. She holds a Ph.D. from the Center d’ Etudes Diplomatiques and Strategiques in France. Check the IGD offsite calendar of events during the new UN General Assembly session, which includes the 9/25  G5 SAHEL SUMMIT with heads of state from Burkina Faso, Chad, Mali, Mauritania and Niger and its 9/26 PRESIDENTIAL DIALOGUE with His Excellency Filipe Nyusi, President of Mozambique.  [Visit IGDleaders.org]

The Africa-America Institute hosts its Annual Awards Dinner at the Museum of Natural History on September 25 at the Museum of Natural History on Central Park West. The AAI Gala honorees includes the National Achievement Award to His Excellency Filipe Nyusi, President of Mozambique on behalf of the Mozambiquans.   Distinguished AAI Alumni Awardees are Her Excellency Professor Hassana Alidou, Niger Ambassador to the USA and Canada, and Dr. Austin Demby, Health Resources & Services Administration. The Corporate Responsibility Awardee is GILEAD.   The AAI black-tie gala is one of the most elegant during the General Assembly season. [Visit AAIonline.org]

FASHION: Fashion writer/journalist and author Constance White will receive the Fashion Cultural Icon Award at the Opening Night Gala of Harlem Fashion Week’s 5th season on September 6 at the Renaissance Restaurant in Harlem. White is a veteran journalist/writer whose CV boast associations with NY Times as style editor and Essence as the editor in chief. Her books, “Stylenoir,” and “How to Slay: Inspiration from the Queens and Kings of Black Style,” are required reading for the urban cognoscenti. Harlem Fashion Week will honor two charities, Uptown Dance Academy and the Senegalese Bilingual School, in Senegal. [Visit HARLEMFW.com]

FILM: Spike Lee’s new film “BLACKkKlansman,” based on a true story about a Black detective who, in the late 70s, devised a plan to infiltrate the KKK. It is hard to remember a time when Lee got so much publicity. He donned the cover of TIME magazine a few weeks ago. Film got lots of NY Times coverage and the reviews are mostly raves with many stating that BLACKkKlansman is his best film in years or best film ever.

James Baldwin’s novel, “IF BEALE STREET COULD TALK,” a love story set in Harlem in the 70s, is a Barry Jenkins film; and already there is Oscar buzz. Jenkins was creator/director of “MOONLIGHT,” which won the Oscar for Best Film.   The “IF BEALE STREET COULD TALK” world premiere will be at the Toronto International Film Festival in September.   Film is also in the NY Film Festival lineup and digressing from tradition, it will unspool at the Apollo Theater on October 9, making it the first festival film to be screened outside of the Lincoln Center campus!

FOOD: Senegalese-born Pierre Thiam, the globe-trotting culinarian/author, opens his first Harlem restaurant, Teranga, at the Africa Center, 1280 Fifth Avenue, 109-110 Streets overlooking Central Park.  The Teranga – which means hospitality in Wolof, a Senegalese language – menu will be a veritable feast of West African fusion comfort food borrowing from cultures like Nigeria, Mali, Ivory Coast and Guinea. After closing his popular Brooklyn bistro, Grand Dakar in 2011, Thiam opened a luxe restaurant in Lagos, Nigeria and wrote two books,                 “YOLELE! Recipes from the Heart of Senegal” and “Senegal: Modern Senegalese Recipes from the Source to the Bowl.”   [Visit itsteranga.com]