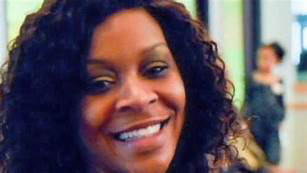 11/5 ELECTION RESULTS:   NEW YORK: Congratulations to Brooklyn’s  Jumaane Williams who won the election for Public Advocate, making him next in line of succession to the NYC mayoralty, and Queens Boro Prexy Melinda Katz won her bid for Queens District Attorney……VIRGINIA: Democrats regained  control of the state legislature for the first time in 3 decades while Governor Ralph Northam retained control of the executive branch, race and sex scandals notwithstanding. Virginia Dems will determine Census and redistricting next year……KENTUCKY: Democrat Andy Beshear won the gubernatorial race by a narrow margin against incumbent Governor Matt Bevin, a Trump acolyte.

What does this imply for Senator McConnell’s 2020 race, “Is America going Blue?”

Extant Census reports state that one of the reasons for the Trump 2016 victory was the number of African Americans who did not vote. Low Black turnout in states like Ohio, Wyoming and Pennsylvania contributed to the POTUS 45 win. Trump won those states by very slim margins. We cannot afford 2020 Black no-shows. Voter repression comes in many guises.

The West’s two great Anglophone powers, the United States and the United Kingdom, are in freefall politically, thanks in large measure to its leaders Trump and Johnson. A recent revelation about Boris Johnson indicated that one of his aides enjoys cozy relations with the Russians. Will they help Johnson win next month’s election? I always thought that Brexit was a Russian manipulation. More importantly, will the Russians impact our 2020 elections like they did in 2016?     Trump and Johnson are kindred spirits of chaos. Were they both also bolstered by Russian intervention in their nation’s elections?

ISIS is alive and well again, taking roots in Iraq and mapping strategies for a revival in the Middle East. What a difference two weeks make after the U.S. deserted the Kurds and ushered in a Turkish invasion of Syria.

P.S. Alas, the planet entered a Retrograde Mercury phase on Halloween. Beware of communication snafus and other untoward situations until November 22.

Real Estate Weekly wrote that the most expensive real estate in New York City is the Hudson Yards area.

The Upper West Side has a new retailer, especially an upscale department store like Nordstrom, whose opening was more like the second coming.  In addition to department store fare, Nordstrom’s will have restaurants, bars and beauty salons, a veritable one-stop venue.  Store will provide many new jobs in addition to generating revenues and pumping the tax base. The Nordstrom print ad buy for opening day was enormous – double-truck 4-color ads. What was missing was even just one page in a Black newspaper or magazine. Moreover, there seemed to be a shortage of Black models in its ads and there were even fewer at its website.

HARLEM:  October 26 was a great day in Harlem with the unveiling of the Fire Watchtower restoration in Marcus Garvey Park. Watchtower is the only surviving structure of the 11 that were built around New York City in the 1850s.  Formerly known as the Mt. Morris Park Fire Watchtower, the acropolis is a 70-ft. cast-iron structure with a bell which afforded views of Harlem and beyond to generations of Harlem families who scaled it. For decades, the Fire Watchtower languished, and maintenance was minimum. The restoration’s $10.5 million price tag was made possible by a team effort which included the Mt. Morris Park Community Improvement Association, the Marcus Garvey Alliance, proactive homeowners and residents, and the NYC Parks Department. NYC Parks Commissioner Mitch Silver, politicos Inez Dickens, Gale Brewer and Keith Lilly, community leaders and historians like Laurent Delly, Valerie Bradley and Michael Adams were on hand for the official unveiling of a restored historic gem in our backyard, the Marcus Garvey Park.

Black women are key words in American arts and culture precincts. “Harriet,” the film about the indomitable Harriet Tubman, opened last week. Tina Turner’s life is the subject of a Broadway musical, and the life of Sandra Bland, who died in a Texas jail, was the trigger for Malcolm Gladwell’s new best-seller book, “TALKING TO STRANGERS.”

FILM:  Hollywood feature film “HARRIET,” starring Cynthia Erivo, about American legend Harriet Tubman, abolitionist and political activist who was born into slavery, escaped, then organized the escape for scores of enslaved Africans in the USA via the Underground Railroad. Her story is playing in limited engagements nationally.    Film opened to good reviews and was the third-highest weekend box office grosser.   Her great, great, great-nieces saw the film and are pleased with the finished product.  What next? Oscar.

BOOKS:  The 8/30/19 NY Times Business section cover story, “TALKING WITH STRANGERS,” by Malcolm Gladwell goes dark, it was an unusual place for a book announcement. Weeks later, the book made the NYT nonfiction best-seller list and boasts staying power through November 3. According to media accounts, the book begins and ends on the narrative about Black American Sandra Bland, 28, who allegedly hung herself in a Texas jail cell after a traffic stop. One critic noted that it is the moral center of the book which peers into the world of “police violence, campus rape and other bleak terrains.” Published by Little Brown, “TALKING WITH STRANGERS” references “famous examples of miscommunication which serves as the backdrop to explain potential conflict.”   This is new territory for Gladwell, pop culture guru/analyst whose previous titles include “Outliers,” “The Story of Success,” “Blink: The Power of Thinking Without Thinking.”

NYS legislators may follow California’s lead, allowing NYS college athletes to earn money by licensing rights of their images before they join professional leagues like the NBA, NFL et al. It should have happened sooner. I read stories with disbelief about college varsity players who go to bed hungry. These are the athletes who generate revenues for their colleges.

A Harlem-based branding/media consultant, Victoria can be reached at Victoria.horsford@gmail.com.